It was well-received by genre enthusiasts, and is packed with parkour, kung-fu and other acrobatics.

This profile only covers the first movie – there was a sequel and then a US remake.

Leito is a fantastic acrobat and athlete, having mastered the art of parkour. He uses the urban environment, both indoors and outdoors, as his playground, and can easily perform death-defying stunts and extremely precise, rapid movements.

As a parkour runner, he’s excellent at using his environment to his advantage in a chase or a fight.

He is also an excellent unarmed fighter, although his style is raw and unsophisticated. 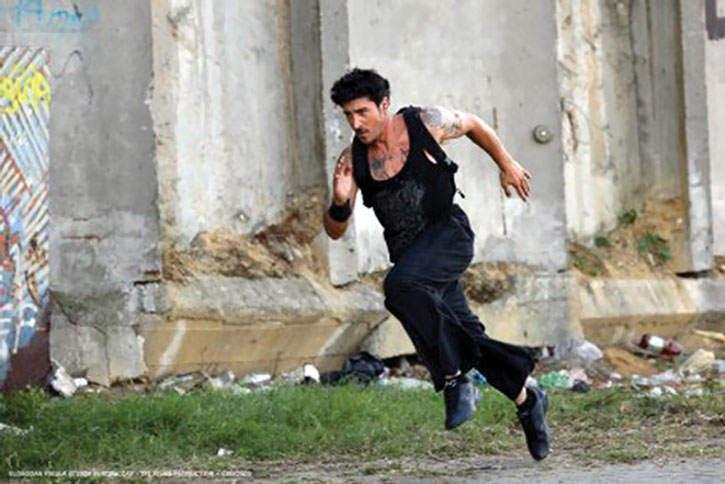 Leito is a very observant and intuitive person (in DC Heroes terms INT, WIL). He will almost always “feel” that something is wrong with a situation or a person, and is very good at spotting holes in a lie.

One of the main chase scenes in the movie, in HD.

By 2010, the French government had walled off many of the most uncontrollable, decaying, violent urban project areas in the country. The most infamous of those ghettos was District B13.

Leito is a native of District B13, and for years led a generally benign street gang there. The gang worked on keeping their area safe and clean, and as a result lived in one of the least-decayed, best-maintained building within B13.

Leito and his men also clashed with the local kingpin, Taha ben Mehmoud. While the gang was small, it was well-armed and sported as many guns as the competition did. 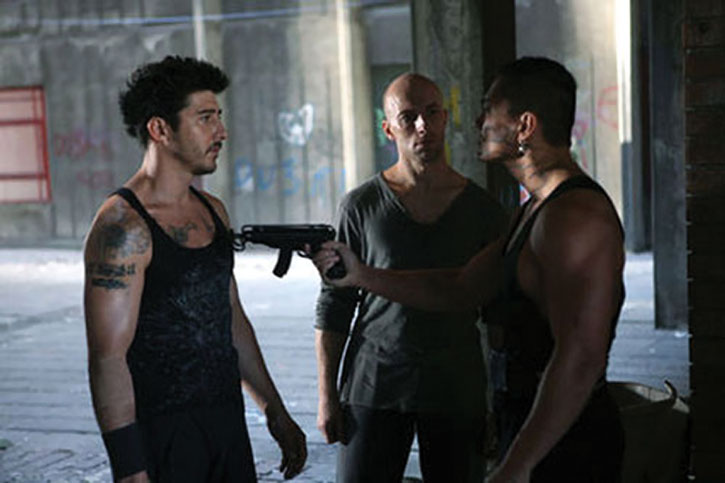 One key victory in this battle was when Leito managed to destroy one of ben Mehmoud’s major drug shipments. The kingpin sent his best enforcers, K2, to deal with the situation. Though K2 and his men did breach Leito’s gang security, they failed – their prey was too quick and agile and successfully ran away.

K2 retaliated by kidnapping Leito’s sister Lola, in turn prompting Leito to acrobatically infiltrate ben Mehmoud’s headquarters. Leito freed his sister and took the kingpin hostage to leave unmolested. Having little choice, he attempted to reach the police checkpoint since a score of guns-toting mercenaries was now on his heels.

Leito, Lola and their hostage reached the checkpoint, but the police station was being decommisioned and did not have the firepower or manpower to engage ben Mehmoud’s massed forces. Having little choice, the commissioner locked up Leito and let Taha go, letting him have Lola.

In a fit of rage, Leito killed the commissioner and escaped.

Six months later, Taha ben Mehmoud and his men accidentally hijacked a neutron bomb. Intervening in force being pointless, the government sent elite policeman Cpt. Damien Tomasso. The plan was for Tomasso to contact Leito as a guide, since he was a known enemy of ben Mehmoud.

Though Tomasso had a cover story as an escaped prisoner loking for revenge against the kingpin, Leito spotted him as a cop right away. He tried to get rid of him. In this, he failed.

Leito and Damien eventually decided to ally in face of the mounting pressure. But their differences were not entirely resolved and the situation soon took a turn for the worse. 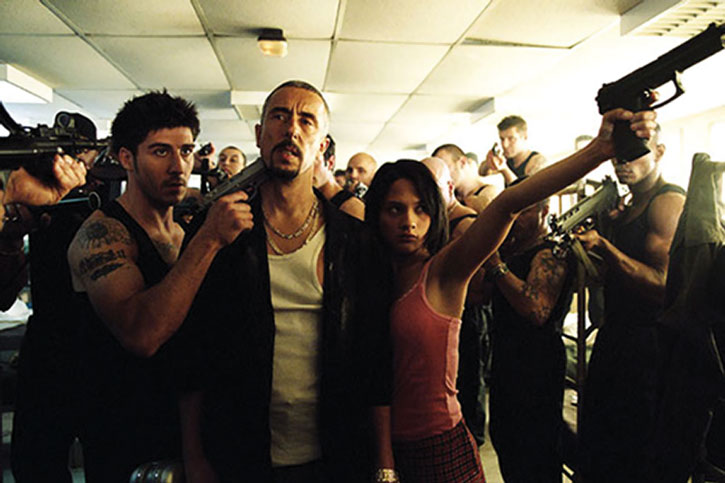 Leito is a young, dark-haired man. He is usually ill-shaven and has very clear muscle definition, in a way reminiscent of Bruce Lee. He is extremely agile and fast.

Leito is a good guy, wanting to fight crime and prevent civilisation from collapsing completely in the district. Before his imprisonment, he had a Quixotic streak, destroying drugs (which was a relatively minor setback for ben Mehmoud, all told) and wanting to trust the cops, who had obviously abandoned the area.

After his stay in prison, Leito was considerably more bitter and paranoid, trusting no one.

Despite being a vigilante, he has the usual strong loyalty toward “his own”, the walled ghetto locals. He will always defend them, seeing as they have no way to be part of the country and are unjustly discriminated against.

“You were dead the moment you gave up on my sister.”

“I saved your life damnit, trust me !”

Bonuses and Limitations:
See “the art of binding” below.

The art of binding

Leito does not only knows the art of moving (parkour), but also the art of binding. Using a nearby rope, cable, etc. he can use the environment and his incredible agility to weave, roll, jump, flip and spin around his opponent, entangling him and binding him. Leito’s Snare Power has the following Bonuses & Limitations :

He will often use further HPs to enhance his OV, and possibly his AV, when he performs this spectacular maneuver. 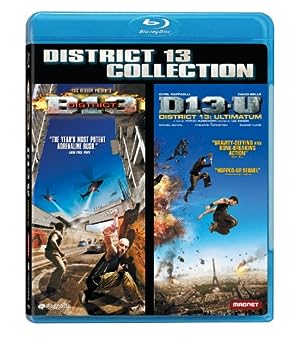 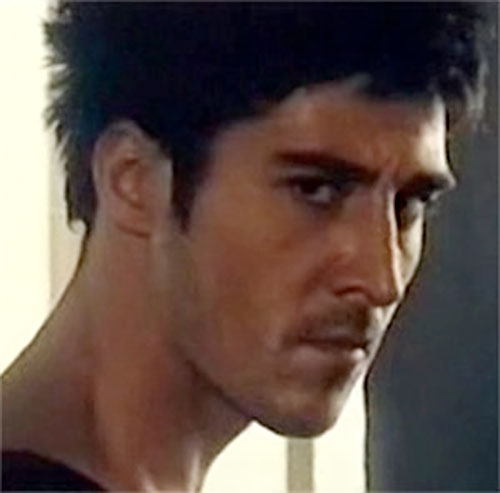 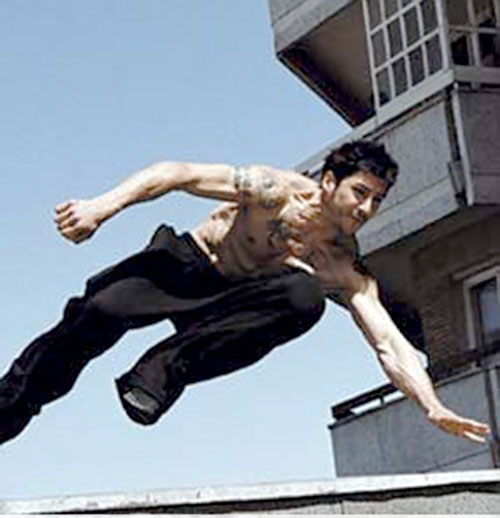 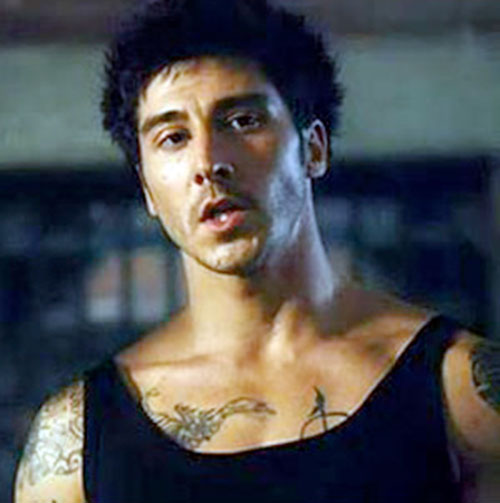 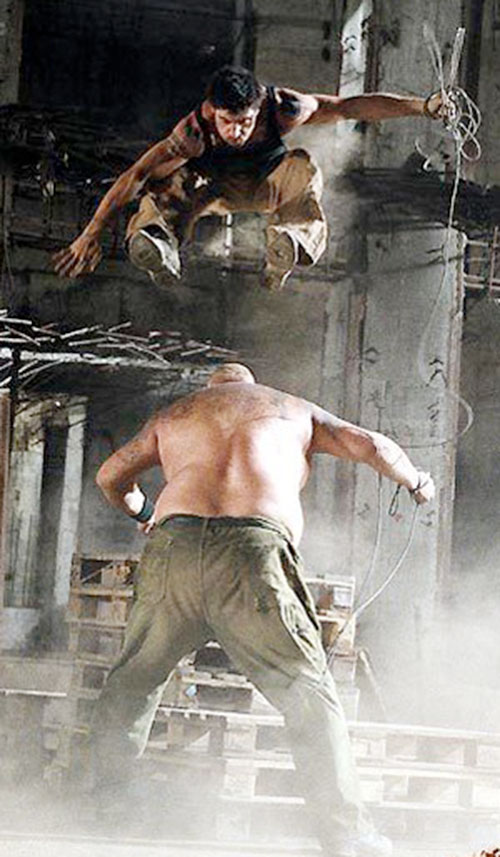 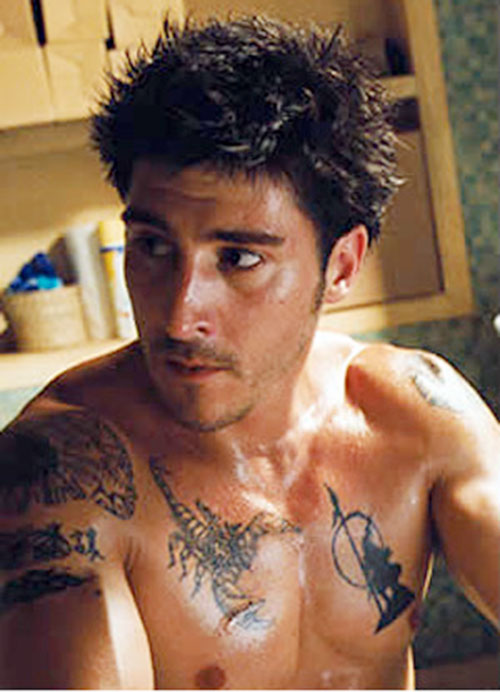 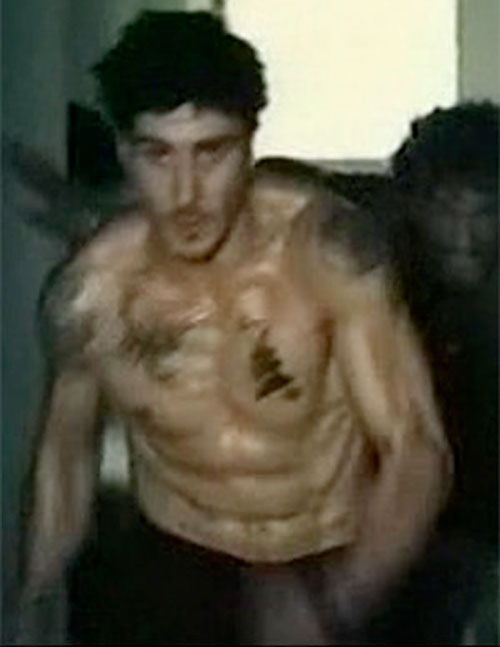 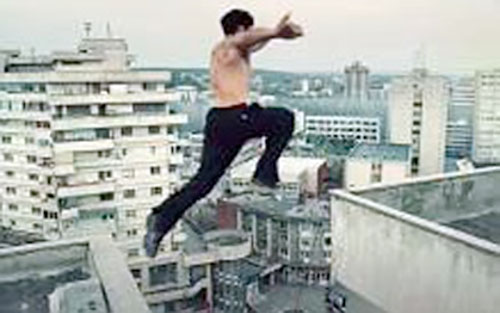