District B13 (originally Banlieue 13) is a 2004 French action movie. It was well-received by genre enthusiasts, and is packed with parkour, kung-fu and other acrobatics.

Yeti is a fine example of a giant henchman, extremely good at fighting, able to shrug off powerful blows, and capable of punching through rotten cement. You always need those. At first he will seem invulnerable, at least against human opponents.

However, his Hero Points  will quickly run out as he spends them in an unreasonable manner — even with his Conditional Soaking Advantage.

Unlike the majority of giant henchmen, Yeti is astonishingly fast when it comes to hitting people, grabbing leaping acrobats in the air, blocking very quick blows from opponents, etc. He also has a strong reach advantage.

Our heroes teaming up against Yeti, with a pretty good image quality.

By 2010, the French government had walled off many of the most uncontrollable, decaying urban project areas in the country due to the sheer amount of violence and crime. The most infamous of those ghettos was District B13.

Yeti was one of the most dangerous henchmen of the kingpin of crime in B13, Taha ben Mehmoud. At one point he single-handedly engaged two extraordinary fighters – Leito and Damien Tomasso.

Prior to that he was kept locked in a tiny, dark cell where he just ate a lot.

The actor — Jeff Rudom — is actually 7’1”, but was filmed to look even taller as Yeti.

None. He doesn’t even speak.

Bonuses and Limitations:
Growth is Always On, Innate and Already Factored In.

Drawbacks:
Serious Rage, Distinct Appearance, Misc.: Yeti didn’t speak and was kept locked in a cell. He might be mute, intellectually disabled, psychotic or any combination or those.

Yeti’s speed and reach give him his impressive DEX. Blows that miss Yeti (due to his surprisingly high OV) will often appear to hit him with no effect. 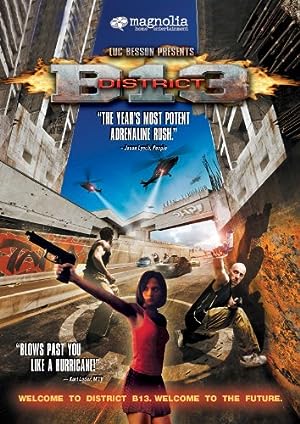 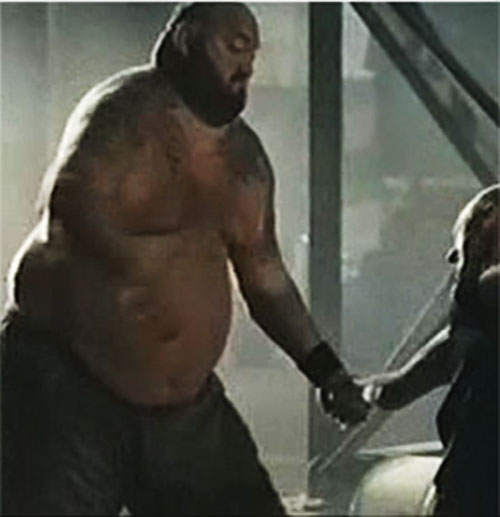 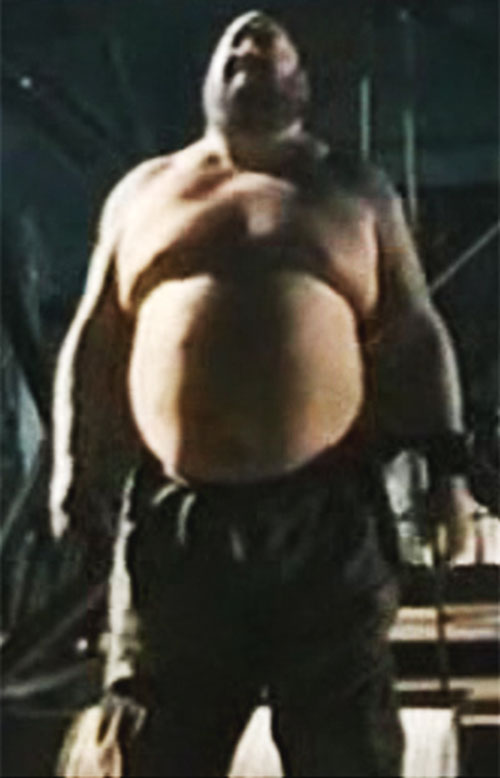