Diva is a seedling (mutant) whose power manifest by projecting violent sonic vibrations. She can easily break steel walls.

By controlling the flow of sound, she can fly.

Daughter of a famous Italian opera singer, Alessandra was gifted with the same talent as her mother. When she passed her first audition with a great opera tenor, the stress made her power manifest. She broke all the glass in the room, sending window debris at the face of the musician. He was blinded.

She joined StormWatch as a member of StormWatch One under the field command of Battalion. During her tour of duty, she showed the most dedication to follow UN’s directives and procedures.

As a consequence, she was named field commander after Battalion’s apparent death. At this point she and Cannon were in a relationship. However, Cannon was so angry and jealous over not being the new leader he dumped her and left the team.

Fermi did her leader’s job by the book. But Diva was obviously lacking Battalion’s charisma and authority.

She was the first fatality during the Despot crisis. This was a result of the WarGuard being freed after the ’WildStorm Rising‘ episode.

Diva is an attractive young woman. Her skin is Joker-white while her hair are long, long down to her heels. She wears a purple uniform made of a body, long gloves and thigh high boots.

She’s originally an artist. Fermi would have been a great opera singer if it were not for her powers. These ruined her hopes for a career, but she still loves opera and art in general.

On the field, she stands to the line of duty, enforcing UN’s rules and procedure the best way she could. She’s also a team player and never lets her squad down.

She’s in love with Cannon. Fermi was the only person to claim that he is a nice guy below is rough behavior. She felt very sorry for him when she was appointed leader, knowing how much it meant to him.

Perhaps the Global Guardians only existed in the 70’s, and StormWatch is a newer incarnation of that team. It would replace the JLI as the UN-sponsored team. 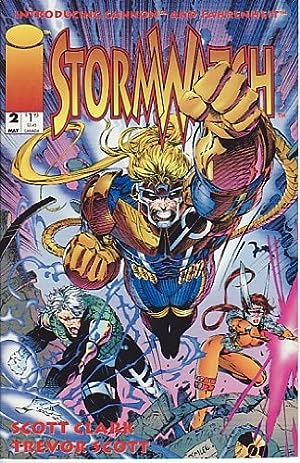