Djinn is an early opponent of the Yale/Ostrander Suicide Squad, appearing in 1987.

He wasn’t seen much. But he has stats in the Belle Reve Sourcebook by Mayfair , and these were presumably based on information from DC. So that gives a solid base.

And these stats are old enough to be hard to use in modern DC Heroes editions, so overhauling them is nice.

Djinn was described as “the world’s first digitized man”. Apparently his brain patterns were encoded as a software intelligence, which can manifest as the high-tech equivalent of ectoplasm.

This body can be manifested from a small device about the size and shape of a mid-1980s Walkman™. It is called a “bottle” to fit his code-name.

Djinn seems to have been a hardened killer and fighter. Amanda Waller compared him to John Rambo.

His virtual body possesses superior speed and low superhuman strength and robustness. He can also phase  through walls and attacks, and disrupt circuitry he phases through.

When released from its bottle, the Djinn form remains tethered to it. How far it can range from the device is unclear.

The Djinn presumably lacks most conventional vital needs. However, the “bottle” was kept hooked to computers with programs taking care of him. Perhaps it was some sort of VR to prevent him from going insane.

Djinn is some sort of mercenary who joined the Jihad, a terrorist firm for hire specialising in retaliation against the United States. 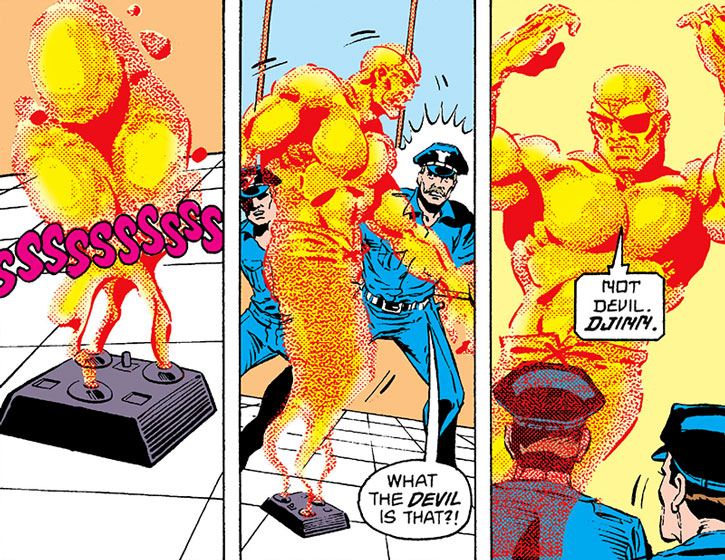 This organisation was targeted by the Suicide Squad in 1987, during the first known deployment of this version of the Squad.

Djinn was attacked by the Enchantress during the night. Though she couldn’t hit him, she had been well-briefed and destroyed the Djinn by blasting his “bottle” to bits.

The Djinn technology was later reused to create another operative, code-named Ifrit.

Djinn speaks in a synthetic-sounding voice.

Djinn is a vicious killer.

Bonuses and Limitations:
EMP only works in Dispersed state, has a Range of Touch (affecting whatever he Disperses through) and is Always On.

Drawbacks:
SPR (Djinn is tethered to his “bottle”, though how far he can range from it is unknown. The bottle has a BODY of 04, and destroying it destroys Djinn), MPR (apparently missing one eye), Minor Rage, MPR (Djinn seemingly needs some sort of VR environment whilst inactive or he’ll eventually go mad from sensory deprivation). 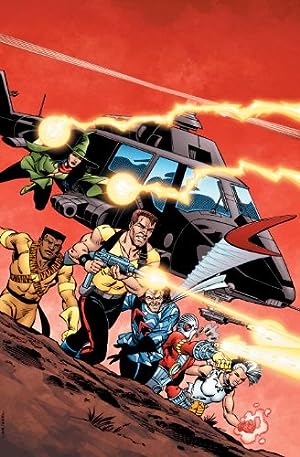 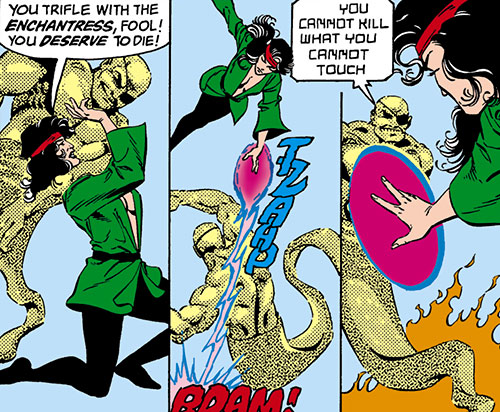