DMZ’s powers are largely uncatalogued, although he has demonstrated :

The Big Bang was supposed to be a rumble between all of the major gangs of Paris Island to settle their turf wars, once and for all. The Dakota City Police Department learned of the impending showdown and developed a special tear gas that also contained a radioactive marker.

Their plan was to use the gas to break up the Big Bang. Then they would trace the gang members down the next day by tracing the radioactive “tags.” Instead, most of those exposed to the tear gas died, and the handful of surviving gang members that lived had all developed superhuman abilities.

Hail hail the gang’s all here

Operating from The Factory, the Blood Syndicate smashed crack houses throughout Paris Island. They were trying to rid the neighborhood of the dealers while taking the money captured in these operations to fund their activities.

In the course of their work they would acquire new members, and put an end to many threats in Paris Island.

Who is that masked man?

DMZ was one of the founding members of the Blood Syndicate. However, it is unknown whether or not he is actually a Bang Baby (a survivor of the Big Bang).

His uniform is a variant of the one worn by the police force of the Cooperative, the interstellar civilization that Icon came from. He also seems familiar with the alien language of the Collective and seeks out contact with extraterrestrials.

“DMZ is a human who teamed up with a member of the D’amsi police force when she chased a criminal to Earth. He was severely wounded saving her life, so she used her technology to optimize him, unlocking his full human potential.

“She left the Earth to chase the villain as he healed, promising to return for him. Was she just trying to avoid an ugly break-up when she made the promise? Has she been killed chasing the criminal?

Though it has yet to be directly depicted in the comics, this origin was heavily alluded to. In addition to DMZ’s uniform and his behavior noted above, Demon Fox’s demoralizing spritual attack on DMZ forced him to confront his fear that “SHE’s never coming back.”) 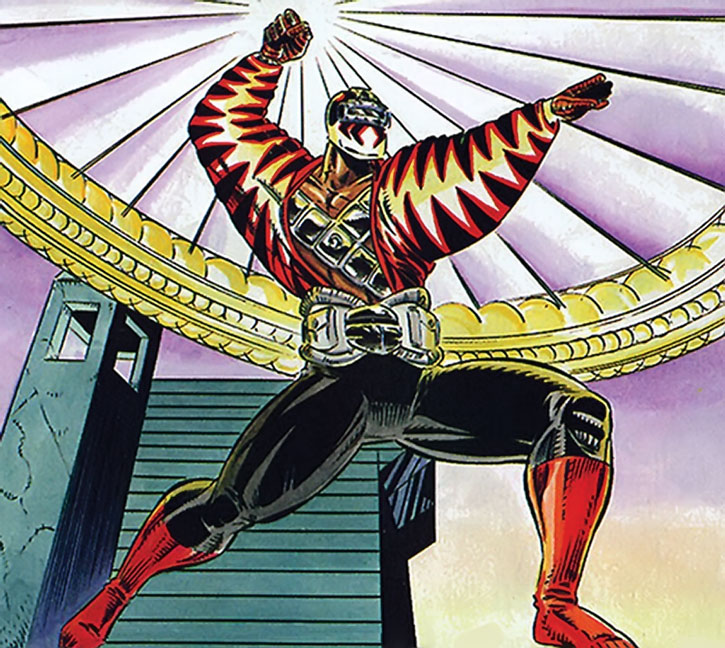 In the wake of the original Syndicate’s disbanding, former Syndicate member-turned-criminal Holocaust began forming a new Blood Syndicate that was more sympathetic to his schemes. He recruited several villainous Bang Babies as well as some former members of the first Syndicate.

He then arranged a confrontation with Icon to remove that hero as an obstacle to his plans.This became Holocaust’s ultimate undoing.

Icon had brought Hardware, Static, and Rocket as backup, one of Holocaust’s new recruits was an undercover federal agent, and all of the members of the previous Syndicate who had joined had only done so to uncover Holocaust’s plots and partners.

One result of the Final Crisis series was the integration of the Milestone Universe into the mainstream DCU. The cataclysmic events therein destroyed the universe in which Milestone took place.

However the powerful psychic Dharma was able to harness the power of Rift, the powerful being behind the original Milestone/DC crossover, to save his universe’s inhabitants. The two realities have been merged as if they were always one, with Dharma altering “histories and memories of both, but only enough to smooth out any inconsistencies.”

This process was hindered by Starbreaker’s attempt to steal Dharma’s powers and is thus on-going — Dharma stated that it would be months, if not years, before it was complete.This was likely also a metatextual  statement on the incorporation of the Milestone characters into DC Comics’ mainstream titles.

DMZ is a large, powerfully built man. His face has never been shown. GHe always wears a full-head red leather helmet with a flat riveted metal crest/eyepiece (an upside-down T) and a white panel over the mouth framed with two black whisker-like stripes.

Most of the time DMZ dresses appropriately for whatever the occasion is. For example, when ’clubbing he wore a black suit with a red and white tie that matched his helmet.

DMZ is extremely determined in combat. When facing a mighty foe, he may ignore orders from the team leader to cease fighting until he has gained the upper hand. While he is comfortable operating either upon his own initiative or on the orders of others, he spends most of his time as a loner. He always shows up when he is needed, though.

Despite choosing not to speak, he is very sociable. DMZ enjoys dancing at the local clubs. He also keeps his mask on at all times, adding to his mystique. The only time he has violated either of these habits was during the apocalyptic events of the crossover between the Milestone and DC universe, during which he once uttered, “Damn.”

His actions in regard to his possible alien heritage are mixed. He often spends his nights swinging a beacon around on top of a local suspension bridge, hoping to attract the attention of extraterrestrials. However, when confronted by Icon, who recognized his uniform and spoke the language of the Collective, DMZ’s first impulse was to flee the scene.

DMZ and Icon later spoke and parted on good terms, though the full content of the conversation was known only to them.

The Big Bang and the Blood Syndicate can dropped whole cloth into any urban area where gang activity plays a major role. DMZ can be used individually most anywhere, given that his character is largely a blank slate that can be filled however the GM wishes.

Given his possible connection to Icon, and the parallels between the Martians and Icon’s people, perhaps DMZ is one of the White Martians whose identities were suppressed by J’onn J’onzz. He could still be ignorant of his origins while somehow slowly recovering his suppressed abilities.

Advantages:
Area Knowledge (Paris Island), Expansive headquarters (The Factory, though the Blood Syndicate may have a new base of operations after its disbanding and subsequent reformation), Language (Cooperative), Lightning Reflexes. 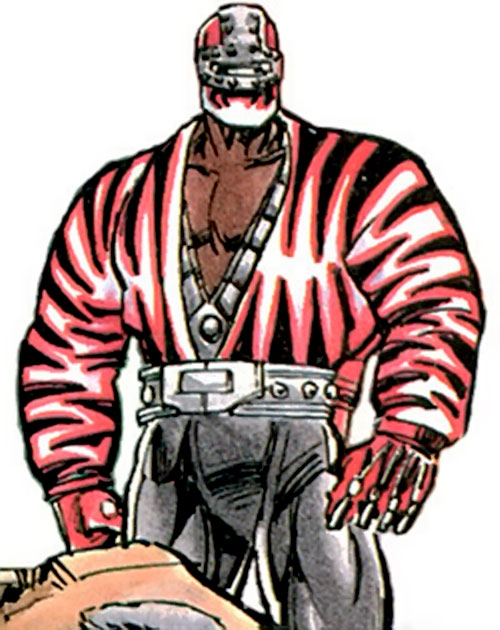 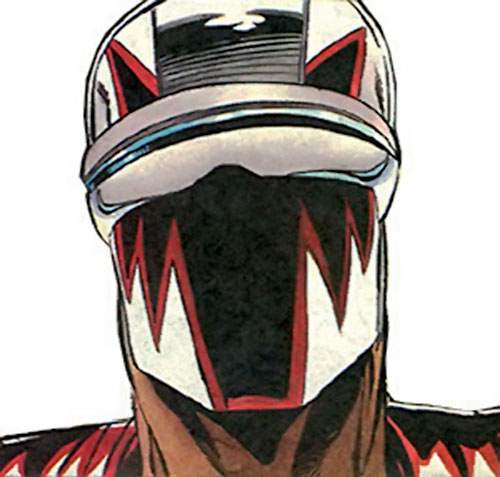 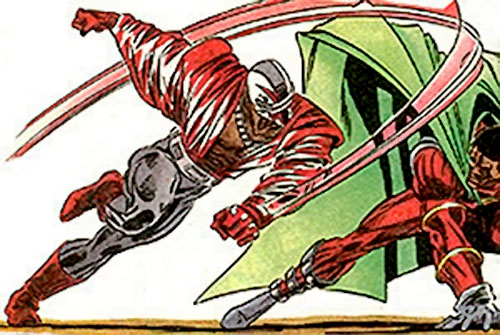 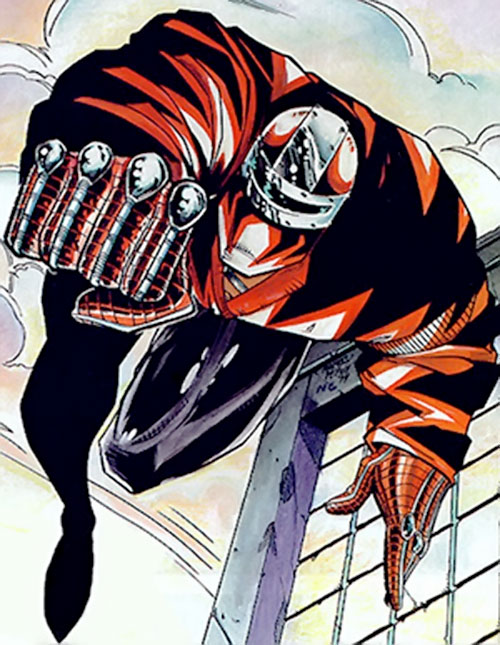