This material was eventually established as taking place in the same universe as Invincible (though back then, my impression was that it took place in the “Larsenverse“).

The characters in Capes were generic ones. This goes double for Doc Cancer, who is but briefly seen. But this can be useful.

Doc Cancer is superstrong, ferocious and might be immortal.

Decades ago, scientist Holly Winters was accidentally made immortal and eternally young in a freak laboratory accident. Her husband managed to cope with that for decades. But when people started assuming his wife was his daughter he went over the edge. He tried to replicate the original accident.

While it may have succeeded, it also turned him into an inhuman creature with very limited mental capabilities. The main problem is that he’s insanely jealous and will kill any man that even look at Holly Winters.

He spends most of his time in prison.

Very limited and predictable. Bolt once easily tricked him into battling a nearby super-villain by reassuring the surprised villain, telling him loudly it was alright, that he would soon have neutralized Doc Cancer and that the villain could soon spend time with Holly. The consequences were immediate. 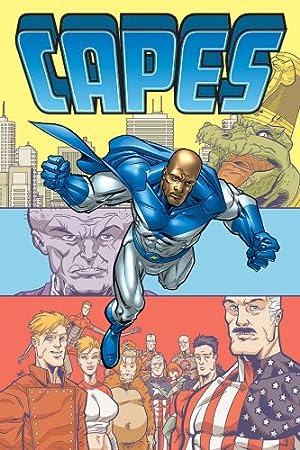 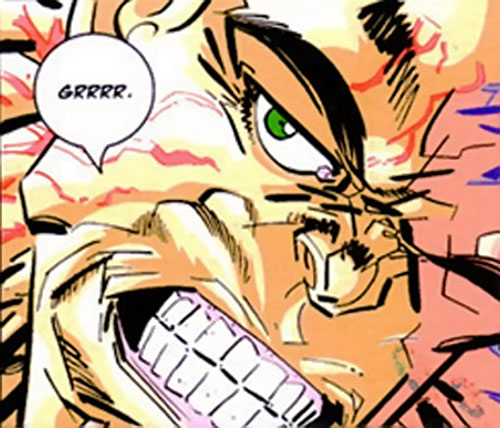