The Doc’s powers and abilities are all gamma-based. He is superhumanly strong being able to lift huge weights. It has been revealed that he is stronger than the She-Hulk, but not as strong as the Hulk himself. The Doc is also extremely resilient to physical damage, being impervious to bullets and smaller rocket weaponry and has superhuman stamina and durability.

He is also able to leap great distances due to his strength as well as run at great speeds. His stamina makes him very resistant to fatigue and chemical poisons. Being tough he is still not invulnerable having broken bones several times in combat with extremely tough opponents as the Hulk, Rhino and the Abomination.

The Doc is also a very nimble, agile and dexterous man who is well-versed in acrobatics and physical combat. He is able to hold his own against the Hulk or the most powerful members of the renowned Avengers. 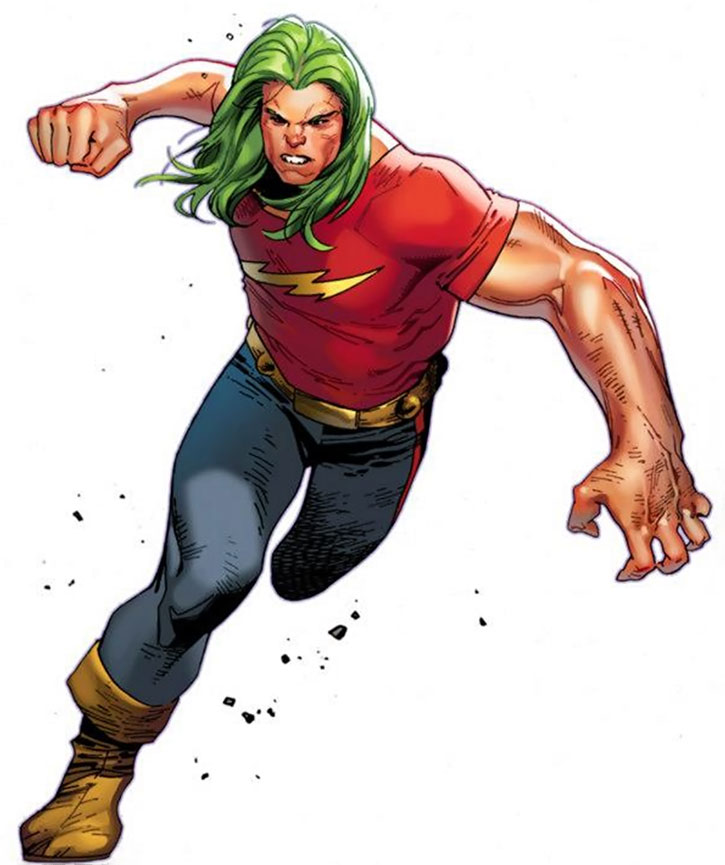 Dr. Samson is a gifted man with a Ph.D. in Psychiatry. He is also a skilled theoretical technician and inventor of several medical devices of superbly advanced technology bordering the impossible. He is usually referred to in the daily press as the Super Shrink.

He has peculiar loss vulnerability and strength to all gamma-spawned powers. Namely, his strength and powers are in direct proportion to the length of his hair. The shorter the hair is, the lower his strength will be and vice versa. This is why he is called Doc Samson after the mythical hero.

Still, he always seems to be having around the same length of his hair in all of his appearances, and never has let them grow further.

Leonard Samson was born in Tulsa, Oklahoma, USA. He studied medicine, physics and took a Ph.D. in psychiatry and began working as a College Professor. Later he got connected to the US Army.

His first contact with the Hulk was when he psychoanalyzed the captured Bruce Banner. During an experiment, Samson gained superhuman powers from controlled exposure to gamma-radiation being siphoned of the Hulk.

He grew in size, his hair turned long and green. Soon after this he had to fight the Hulk for the first time.

Around this time he learned that he loses his strength and powers cutting his hair – but he soon lost his powers due to bombardment of another dose of gamma-radiation. He was hired as a special consultant to the Gamma Base, a governmental institute dedicated to the capture and neutralization of the Hulk.

Soon he regained all powers by exposure to gamma-radiation in another gamma explosion.

He got connected to SHIELD and battled the Hulk again, a battle which he won. He shrunk the Hulk with a helmet that allowed him to keep Banner’s mind and projected him into Glenn Talbot’s brain in an attempt to cure him of amnesia, an attempt which succeeded. The Doc later battled the Rhino to a standstill. 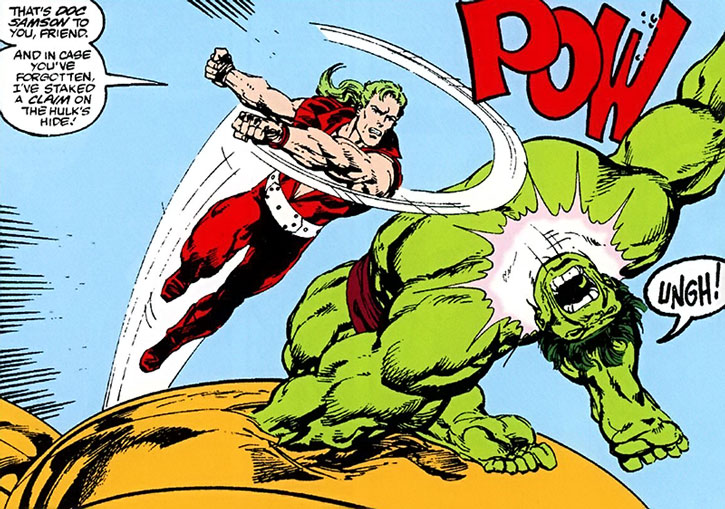 The Leader turned up and captured Samson and the entire gamma-base. A cured Banner arrived at the controlled base and was also captured, but was later helped by Samson to become the Hulk and together they beat the Leader. Soon the Doc psychoanalyzed Banner through his dreams and diagnosed him as a split personality.

He quit Gamma-base and later on he encountered Angel and the Master Mold, Woodgod and the Changelings, teamed up with Spider-Man against the Rhino and AIM, defeated Unus, defeated Champion with the Thing and other heroes.

At some time he successfully separated Hulk and Banner into two individuals. S.H.I.E.L.D. attempted to destroy this Hulk, but Samson saved him. This savage Hulk escaped and Doc battled Iron Man, Wonder Man, Hercules and Namor for the right to capture him, which he now was really dedicated to as he felt the Hulk was his responsibility because he had rescued him.

He fought both the Hulk and the Hulkbusters and won. He tried to re merge the captured Hulk, but instead accidentally created the Gray Hulk.

Later on he assisted the SHIELD and teamed up with X-Factor to capture the Hulk. Finally he successfully merged the Banner, the grey Hulk and the Green Hulk into one persona with the help from Ring-Master into the current new Hulk. A bit later he cured Captain Ultra of his fear of fire.

All of his exploits have given him great fame as both a superhero and a psychiatrist. He is generally referred to as Super Shrink Doc Samson in the media. He keeps adventuring and has recently met the Punisher, Geiger and Patchwork, both the later being gamma-powered beings.

Dr. Samson is a very big man ! He weighs in at 380 lbs. and is 6’6” high. He has blue eyes, long green hair usually held in a ponytail and normal Caucasian skin (even as he is gamma-powered). He now wears a dark red stretch leather fabric over his entire body except for his arms, breast and head.

His hands are covered by red gloves with the fingertips free. His feet are covered by dark red boots resembling military boots. Around his waist he has a thick white belt with several buttons around the middle of the entire belt.

His old superhero suit was a red T-shirt with a lightning bolt on the chest, a yellow belt, and dark blue trousers with red stripes on the sides going up and down and yellow boots.

Doctor Samson knows that he is superhuman and very cunning, but he sometimes underestimates normals and supers. When he has set his mind to something he will never be allowed to fail and will spend a lot of Hero Points  when necessary. The Doctor is usually quite peaceful and seems very humane.

He is also very brave and sacrificing and really wants to help people. He has several connections which he regularly uses and his main enemies are the Hulk (Savage), the Leader and the Rhino. He is the psychiatrist of Doctor Robert Bruce Banner aka The Hulk and they are currently on good terms. He currently keeps on being a superhero.

Doc Leonard Samson is another important part of the Hulk mythos. He should be connected to the Hulk or the Leader somehow. Another possibility is to connect him to other radiation-based heroes in the DC universe as Rampage, then working as a consultant for STAR Labs.

Bonuses and Limitations:
Samson’s STR attribute is in direct proportion to the length of his hair. It’s unknown exactly what the degrees are, but the longer the hair is the greater his strength will be and vice versa. 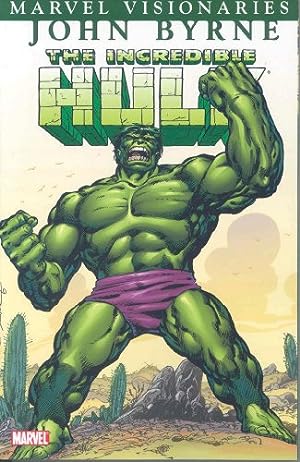 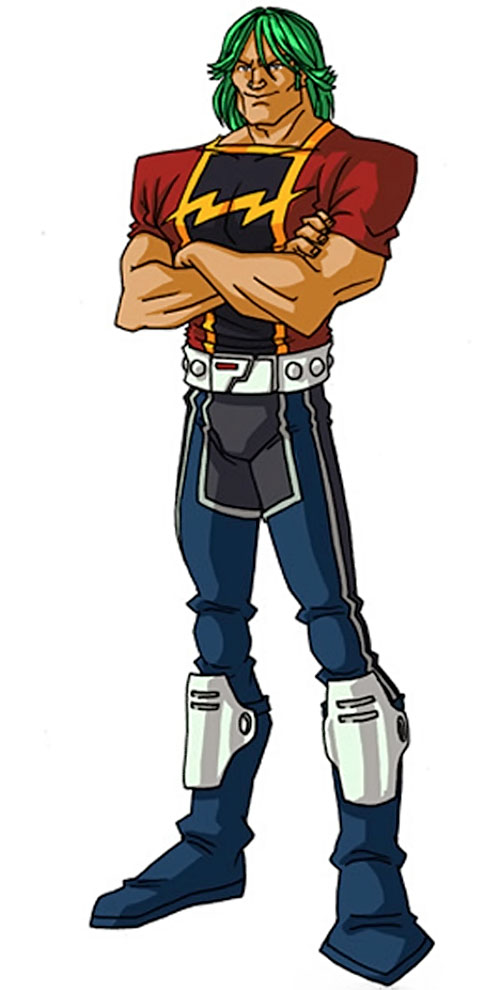 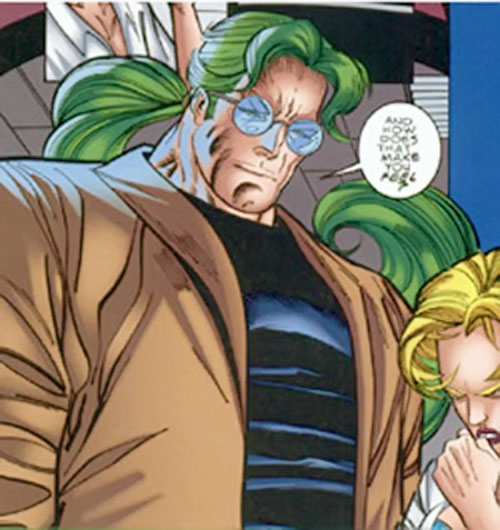