He is also capable of:

Steve Williams was a major football star at the University of Oklahoma  in the early 1980s. A pro-career was cut short when a whiskey-fueled bar brawl ended with Williams’ explosive mutant ability. Several players from a rival college team were killed, and Williams was completely blackballed from pro-ball.

Williams was at loose ends and lacking direction when he was contacted by Kevin Sullivan. Williams situation was not as unusual as he thought. There were other blacklisted athletes with metahuman powers and a grudge.

Sullivan organized “The Varsity Club”, a criminal organization that capitalized on the superpowers that cost its ambitious members their pro-sports careers. Williams, calling himself Dr. Death, stayed with the group until a disagreement with one of the other members, “The Dog-Faced Gremlin” Rick Steiner, led to the break-up of the group.

Williams wandered around the country, supporting himself with petty theft and some loan-sharking until he decided to turn to bank robbery. His first job led to his encounter with “Paul Bearer’s” duo, The Executioner (Terry Gordy) and Mankind (Mick Foley). Their murder/robbery spree ended after the group crossed into Oklahoma.

While trying to rob a bank in Tulsa, the group ran into Williams, who was also trying to rob the bank. The first strike on Gordy by Williams broke Gordy’s arm. It also snapped him out of the hypnotic effect of Pringle’s treatments, while leaving him with the superhuman strength and endurance.

Upon standing up, rather than striking back at Williams, he joined Williams in killing both Pringle and Mankind. The two escaped the bank together, split the loot, and left the country.

Williams and Gordy relocated to Japan. There they found themselves frequently at odds with local enforcers Bruiser Brody and Stan Hansen. Calling themselves “The Miracle Violence Connection”, the two men worked as bodyguards, enforcers, etc. until Pringle’s treatment’s side effects crept up again.

Gordy, never one to shy away from drugs, found that something he took had an extreme interaction with the chemicals still in his bloodstream from Pringle’s process. He went into a coma.

He awoke two weeks later, but the damage was done. While he and Williams were able to successfully continue their operations in Japan, Gordy was slower, both physically and mentally. He never recovered the lost abilities. Several years later, another unexpected relapse took Gordy’s life.

Williams didn’t slow down for an instant. He found two new partners, sold them Gordy’s stake in the “business” and began calling his new gang (with American strongman Gary Albright and Japanese martial artist Yoshihiro Takayama) “The Triangle of Power” (aka “The TOP”).

Takayama quit shortly after joining and began a rival gang called “No Fear” but Williams and Albright continued under the TOP name and reputation. That lasted until Albright’s death of a heart attack two years later.

Williams has since reunited with one of his original Varsity Club partners, Mike Rotundo. But has not had much success as neither is taken very seriously by the younger criminals proliferating the Japanese underworld.

Williams is a wild, hard partying man with a violent temper. He has a tendency to drop people on their head, especially if they’re facing the other way when he attacks.

Even the deaths of his last two partners have not slowed him down in the slightest.

Doc is a bulky man with long dark brown hair and a thick beard. He dresses in red.

Moderately dangerous criminal for hire. Definitely has potential for a run in the Suicide Squad. 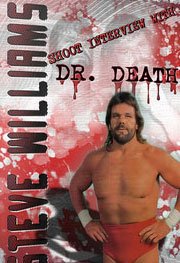 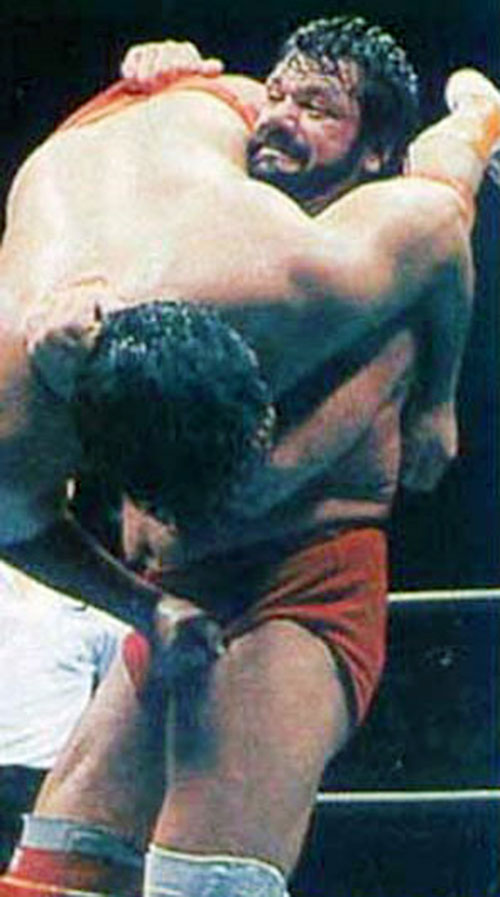