“My name is Droom ! I have the wisdom of a lama, the skills of a yogi, the powers of a mystic ! In the dark shadow world of the occult, I dwell, destroying the evil, protecting the innocent !!! Danger is my task… justice, my goal !”

Doctor Droom is a very early Marvel character, who appeared in 1961.

It didn’t work, and it aged badly. Yet he was in many respects the prototype for Doctor Strange (Stephen Strange). Who appeared in 1963 once the “Marvel Age” was underway.

Doctor Droom would later be reinvented/retconned  as Dr. Druid. However, this profile is purely about the vintage adventures of Doctor Droom, without any later material.

Dr. Droom is a rich and respected man. Nobody seems to mind that he has been magically turned into Fu Manchu’s kid brother.

He is sometimes accompanied by Ramu, his assistant.

Dr. Droom seems to be a superior physician with vast scientific knowledge. His deductions are always right no matter how improbable they seem.

His “Oriental Secrets” include :

He demonstrated abilities as needed by the plot, so there are presumably others.

While relaxing at the medical club, he overheard intrigued colleagues discussing the petition of a Tibetan lama, who had requested the presence of an American doctor.

White Saviour, with a twist

Droom did reach the lamasery, lost high up among the Himalayas.

There a curt attendant told him that he wouldn’t be paid for his services, and that he would only see his patients after overcoming a series of challenges. As it turned out, these included walking on burning coals and facing a lion/gorilla chimera.

Having made it all the way to Tibet and considering himself bound by his oath, Droom overcame the trials. In so doing he realised that they were more tests of determination than genuinely dangerous ordeals. 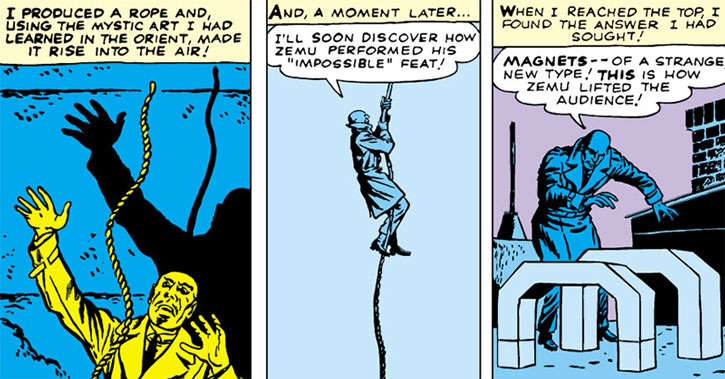 The lama then explained that he wasn’t sick per se, but extremely aged. His goal had been to find a worthy successor to continue his mystical fight against the forces of evil.

Droom agreed to take on the lama’s burden, and the old man held the doctor’s hand as he died.

Curiously, this physically transformed Dr. Droom, giving him exaggerated “Mysterious Oriental” features, with a moustache and odd eyebrows. The lama’s disciple then started training Droom in the mystical arts.

(Since the training was apparently over in months if not weeks, one suspects that the lama also transferred his power to Droom, and that training was more about learning to use these abilities.)

From the amazing cases of Dr. Droom, part 1

Droom returned to the US, and soon gained a good reputation as an expert in occult mysteries.

Thus, when the SS Luxuria, the world’s largest liner, disappeared, her owners came to consult with the good doctor. 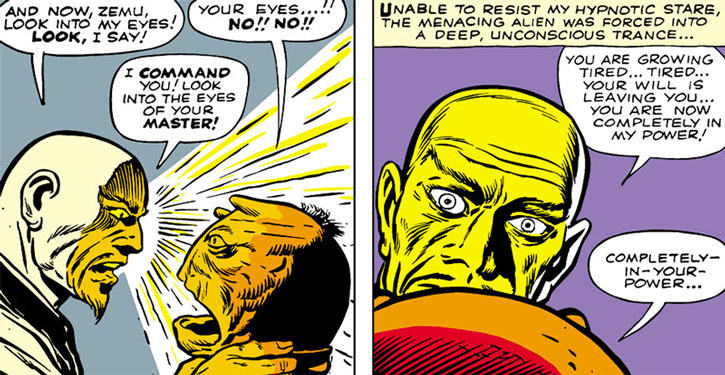 A state governor later asked Dr. Droom to investigate Zemu, a very successful stage magician who had just entered politics and seemed poised for victory. Droom inevitably discovered that Zemu was an undercover scout from Saturn using alien technology to simulate magical powers. The good doctor then used mesmerism to force the would-be conqueror to surrender and confess.

From the amazing cases of Dr. Droom, part 2

While on a lecture tour, Dr. Droom was called to investigate a spaceship that had just landed in nearby fields. Droom requested the largest construction derrick available, then hit the spaceship with a glancing blow of the wrecking ball.

This done, he telepathically contacted the aliens. He greeted them in friendship but gave them the impression that he was the construction engine, rather than the man within. Thinking that Earth was populated by huge intelligent derricks the aliens, who were actually hostile, decamped in fear rather than accept Droom’s peaceful invitation.

The police of the small town of Greenbirch then called Dr. Droom, as they were flummoxed by brand-new, unoccupied houses inexplicably vanishing. After the police received a ransom note, Droom reached the reasonable conclusion that the houses had been dimensionally shunted using super-science. Then, he investigated all scientists in the area.

Of course, one of them turned out to be a disguised alien invader, who fled while promising a future revenge.

(“Mysterious Oriental” (or “Inscrutable Oriental”) refers the way Asian people were being drawn in vintage comics. Though here the goal was to make the character look cool and distinctive, it is… unfortunately dated. You can see our Jimmy Woo (1950s) article for more examples of art, and our Captain Nippon profile for a really, purposefully bad case).

Anthony Droom is a cryptic loner. He is respected, charismatic and known for getting results, but routinely declines to explain what he feels mankind is not ready for.

“The lama’s fight against darkness and evil will continue ! I, Anthony Droom, so swear !”

“I made them forget everything ! For it is best that mankind never learns of Atlantis ! Such knowledge would only make the human race apprehensive — afraid to travel the seas !”

“I, of all men, know that real magic does not exist !! All is illusion ! All is fantasy !”

Equipment:
Gold medallion [BODY 01, Accuracy (Hypnotism): 07, Misc.: the Medallion confers an Area of Effect (everybody looking at the medallion) to Droom’s Hypnotism. 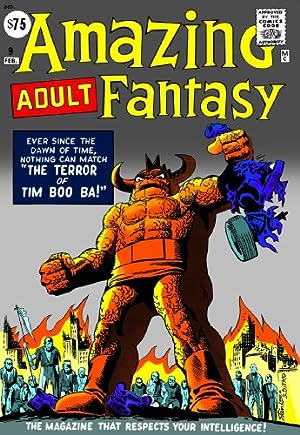 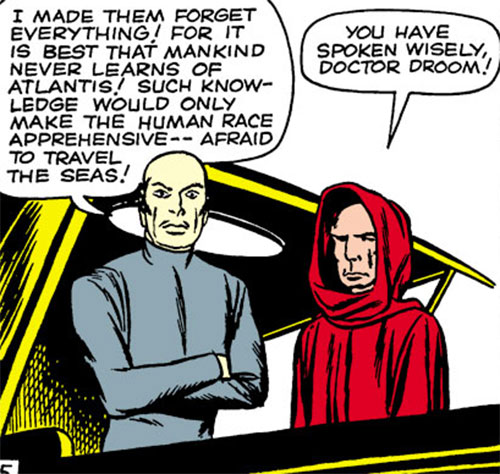