Doctor Friday knows how to drug men to turn them into zombies, and seems to have some knowledge of the occult.

The zombies used by Friday are not undead. Rather, they are men drugged with a mystical concoction taken from a plant called the concombre zhambi. However, they certainly don’t look good. More like terribly dirty and ill junkies with entirely white, cloudy eyes and a grayish skin tone.

It takes a full detoxification to purge oneself from the concombre zhambi drug. However, salt and sheer willpower can allow one to stave off the effects.

The zombies have little to no free will, have no problem with acting suicidally and are slow, without much initiative (although they can recognize somebody if given a photo). When not on a mission they just watch TV in groups.

Many of the zombies are apparently volunteers who have been promised they would be returned to humanity and given much money once the mission is completed. But it is doubtful Friday has ever honoured that deal.

Doctor Friday is a bokor  from Haiti. Not a major one, but still a significant and feared criminal operator. His schtick is mostly drugging thugs into killer zombies, and use the expendable, hard to stop zombies to perform contract killing.

When Haiti’s master houngan, Jericho Drumm (aka Brother Voodoo) investigated Friday, he was ambushed and neutralized by a squad of goons. Friday then took away Drumm’s gri-gri, and force-fed him his concombre zhambi solution to turn him into a zombie.

Then, with Drumm in the hold along with other zombies, he took a boat to America to conduct a contract killing in New York City.

Friday started taking out mob bosses for an over-ambitious mobster known as “El brutale”. But Drumm escaped and contacted Moon Knight for help.

Both of them and Midnight (Jeff Wilde) thwarted one of the assassination attempts, then zeroed in on El brutale’s hideout. They took down El brutale, Friday and the zombies. Drumm then recovered his amulet.

While Friday was fatally shot by El brutale, he managed to send on of his zombie after the mobster with his last words.

Neither he nor Drumm seemed to doubt that death wouldn’t stop Friday. But the way Friday was supposed to come back was left unexplained.

Meanwhile, as Friday died, Drumm and his brother Daniel broke the zhambi spell, and the zombies returned to humanity.

“No worry. There are many more hitmen to choose from” (gestures toward zombies)

Rituals:
The specifics of the rituel zhambi that Friday uses are unrevealed. However the zombies are described below.

The concombre zhambi is treated as a AV/EV 04/04 Mystic-linked Control attempt that takes place every 24 hours. Success indicates that the victim loses free will. Eating a lot of salted food reduces both AV and EV by one AP. 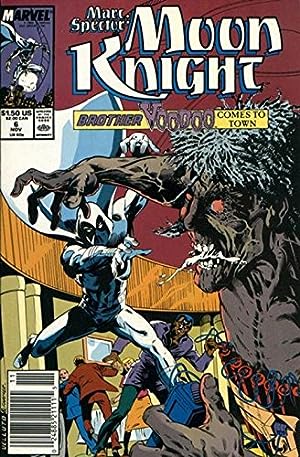 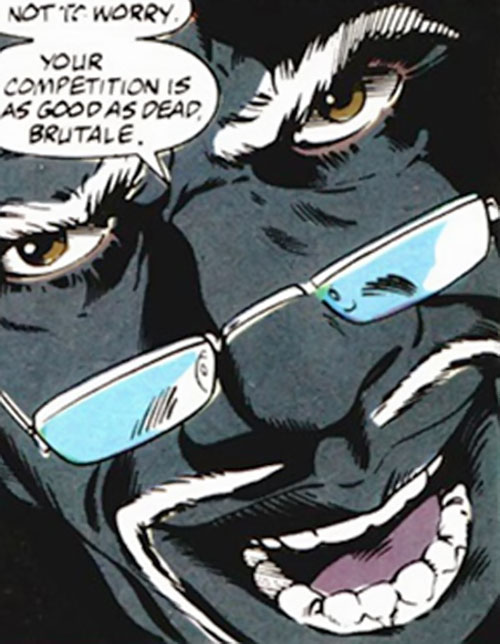