Dr. Jace was a support character in Batman and the Outsiders. She appeared along with the book, in 1983.

We have a few notes for her early appearances, before the Manhunters thing. I suspect this was simply to archive her Mayfair stats, as they were in a then-hard-to-find game supplement.

Dr Jace is a genius-level scientist and engineer. Among other feats, she perfected the treatment that gave their super-powers to Terra and Geo-force, and devised a collar that could protect against and destroy the mystical Orb of Ra.

Like most comic book scientists, Jace’s knowledge transcends disciplines. Therefore, she’s an expert in a vast number of fields.

Dr. Jace was a highly reputed scientist, apparently of Markovian origin. She designed the process that empowered two of the king’s three children, Terra and Geo-force, so they could better serve Markovia.

Her reputation attracted Metamorpho, who traveled to Markovia to seek her out. However, he arrived just as a takeover attempt from Baron Bedlam took place, which led to the creation of the Outsiders. Jace became attached to the Outsiders, both to monitor Geo-force and research a cure to Metamorpho’s condition.

She also became their de facto scientific counsellor, especially after the Outsiders and Batman parted ways.

Jace always wear thick glasses (the comic book type – opaque white). She is usually seen with a white lab coat. In the field she usually goes for a practical verdigris jumpsuit.

Dry, abrasive, cold. Jace only believes in science. She considers emotions to be a waste of time, and scoffs at any superstition. For instance she doesn’t believe in luck, and will make it clear that she thinks those who rely on luck are fools.

Although she is basically benevolent she tends to consider other persons in a very detached way, much like some doctors only consider others as patients. For instance, she once referred to Metamorpho as “possibly beyond repair”.

Her cold, doubleplusrational behaviour actually make her quite courageous. Thus, she has no problem being in the field or even taking decisive action in risky circumstances. In fact she is quite possibly a capable adventurer of her own right, and seems handy with stuff like explosives or custom-designed sonic disruptors.

“Your emotions are of no use now. Help me with him.”

“I once allowed myself to care, prince Brion – and was very deeply hurt. Never again.” 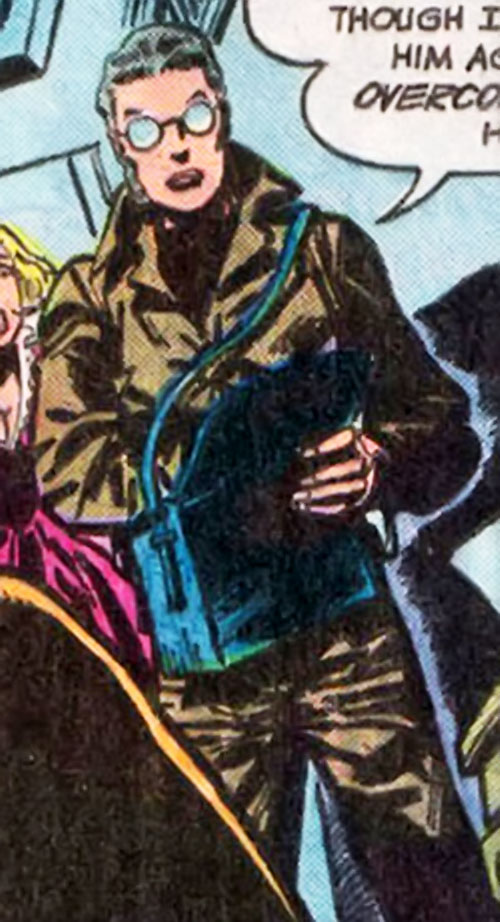 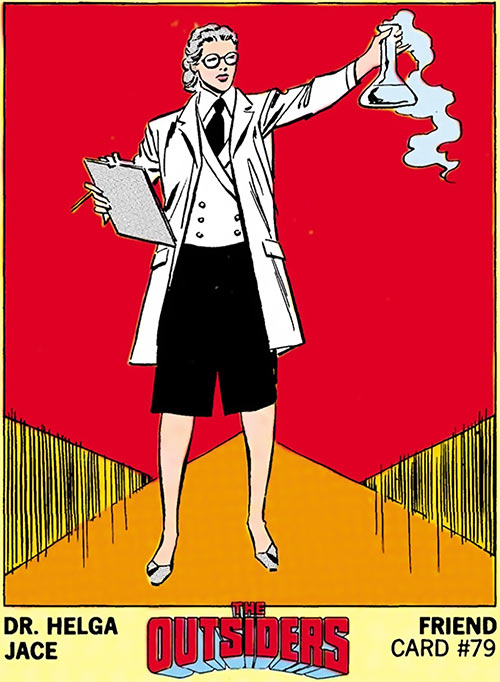