Bruno is a big guy with remarkable strength, durability and pugilistic talent. He’s not the best muscle in New York, but he gets things done despite his pronounced lack of intellectual stature.

“Doctor” Boris Korpse is a renegade scientist and a skilled technical expert. He’s good with demolitions, intrusion and firearms. He carries explosives and various tools.

Whilst capturing Spider-Man (Peter Parker) he used a scoped Garand rifle to shoot special rifle grenades provided by the Kingpin (one with a dazing gas, the other with a steel net).

Both seem to have military experience (presumably they served in Việt Nam). But neither has quantifiable people skills.

Back during the late 1970s, Bruno and Dr. Korpse were two criminals-for-hire with a good reputation in New York City. The Black Cat (Felicia Hardy) hired them to break her father out of prison, and the operation was a complete success even with Spider-Man’s intervention.

Seeing how Bruno’s strength complemented his intelligence, “Doctor” Korpse had Mr. Grainger operate as his crew.

The Kingpin (Wilson Fisk) soon hired the two men to capture Spider-Man. Though they weren’t optimistic as to their odds, they got lucky. Spidey was distraught and distracted by the apparent death of his Aunt May. Korpse used special rifle grenades to net Spider-Man, and instructed Bruno to pummel the hero’s wounded shoulder.

With Spidey thus battered unto unconsciousness, the duo delivered their prey to the Kingpin. They wisely scooted as soon as they were paid.

Unfortunately, they were never seen again.

Bruno is the White dude, and almost always wears a cheap wool cap.

Boris is the Black dude, with glasses, a raincoat and a booney hat.

Bruno is really dumb, but in a big lovable dog sort of way. He genuinely wants to help, and is courageous when defending his associates. He’s unusually chummy – and will thus put up with significant abuse from “friends” of his. He’s very even-tempered.

Bruno sounds bumbling and confused. Yet on a job he’s disciplined and reliable. He’s afraid of the supernatural, and his medium-term memory is on the very-short-term side.

Boris is awfully curt and arrogant. He sees himself as a great scientific mind and insists upon being called “Doctor”, though poor Bruno can’t remember and keeps calling him “Boris”.

He always rants about how his time is precious, about how Bruno is a Neanderthal and about how important and smart “Doctor” Korpse is while everybody else is dog poop.

On a job he’s disciplined and skilled, but talks a mile a minute.

“Hah ! Those ineffectual guards are all dolts, or blind, or both ! Not one of them spotted me – not one will know I was even here. All their much-vaunted security, all their intricate plans to keep out saboteurs meant nothing to me. Only Doctor Korpse could break their top-secret security codes with such ease.” 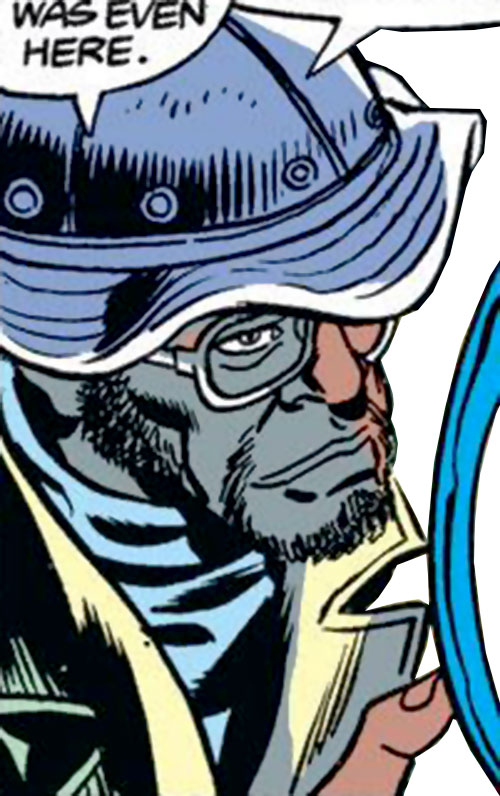 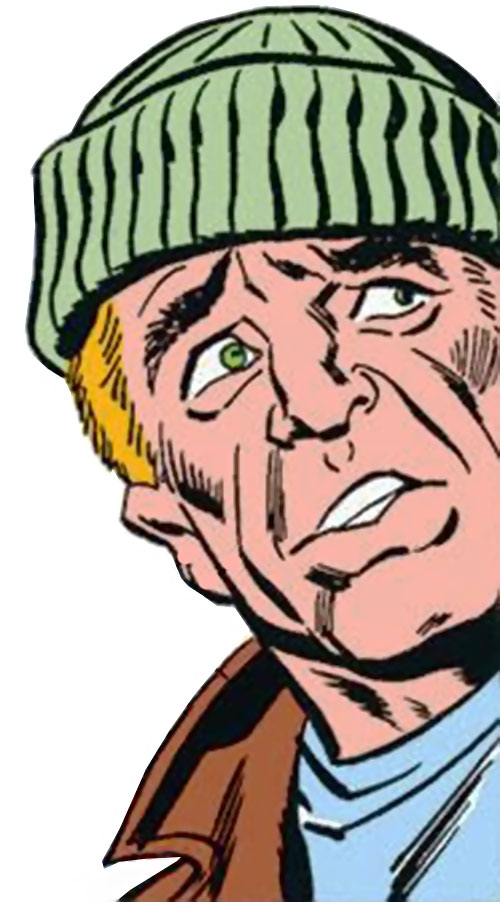