This story was openly presented as an emergency filler in the middle of the odd, and very 1970s-ish, “super-villains war” arc (starring the Black Lama). And it acknowledges that it’s just a pile of clichés.

But heh, at least comics were cheaper back then.

And I’m sure that there are good ways to bring this pair back. Either they, or the cat. The cat was cool.

Quasar is a thoroughly mutated great ape with a practically human form. He possesses amazing strength and toughness.

He was also supposedly super-intelligent, so I erred on the side of generosity for his Attributes and Skills in the game stats.

Professor Kurrarkill was your average mad scientist. Her predictably demented and inhumane theories led to her predictable expulsion from the brutal world of academia.

Retreating to the majestic wilds of Pennsylvania, she brought her concepts to fruition by developing means to siphon off “psychic energies” from people. This process somehow devolved her victims into orang-utan-like apes. Most of the time.

The stolen energies were then transferred to an experimental subject – an ape named Quasar. He gradually became a powerful superhuman as Kurrarkill captured more victims. These were found as the scientist posed as the proprietor of an isolated hotel, Murder Mountain Lodge.

At one point, Kurrarkill’s unnamed (but cute) assistant — presumably a former student of hers — revolted. She was captured and subjected to the treatment. But the scientist turned her into a house cat rather than a monkey, and let her retain her memories, sapience  and the like so she’d suffer.

Escaping, the cat was found by a couple of near-hippies touring PA. They adopted her and called her Zero.

Hours later, a torrential downpour felled a tree and nearly crushed their van. The accident was witnessed by Iron Man who was flying home. As Tony Stark he drove them to the only available hotel – Murder Mountain Lodge.

Kurrarkill captured the visitors (using heavy steel shutters hidden in the guest rooms), but did not recognise Zero. Iron Man easily escaped, and soon found the lab. But he was surprised by the physical power of Quasar and defeated.

Thrown with the couple into an electrical prison, he busted out when Zero, after rubbing herself a lot against Quasar’s trousers, arranged to be thrown into the cell. Her fur, charged with static, disrupted the electrical field. This time, Iron Man used some Hero Points  and handily defeated Quasar.

Meanwhile, Zero chewed off selected electrical wiring. As a result, when Kurrarkill attempted to release the neo-apes (the devolved, orang-utan forms of the humans drained to empower Quasar), the wrong door opened. The neo-apes surged into the control room, seemingly killing Professor Kurrarkill.

Of course, that leaves us at least with half-dozen of people devolved into apes, a lab assistant who became a canny kitty, and an unconscious near-human super-ape. What have they all become ?

Kurrarkill is a crotchety and hateful old woman who doesn’t like cute kitties.

She will do anything necessary to research her insane theories.

She talks to herself a lot and rants about her past and her rejection from academia.

Quasar is quite articulate, and likes to boast about his power and intellect. He’s an effective fighter (if a tad inclined toward the frontal assault), and seems very loyal toward the Professor and devoid of a human conscience.

“But don’t you see I’m flirting with the very laws of psychic energy conservation ! In converting that ignorant laborer into an ape, I gained enough psychic energy to make this ape into an intelligent man ! Repeating the process has made him better and better !”

“Obviously you don’t understand, my dear ! Seize her, Quasar — she will provide you more energy food !”

“You have let my near-human appearance deceive yourself, Iron Man — but I am not human ! The professor has mutated me from the life-force of an ape — given me brawn and brains beyond that of humans ! I am truly a future being — Quasar the Future Man !”

“I do not understand the verbal motif you seem to be carrying — but your physical assault is most apparent ! It does slow my approach — but is not nearly enough to prevent it — or my subsequent counterattack !”

Sure, they’re so obscure and cliché you can use him practically anywhere.

Equipment:
12 APs Lab in the basement of the Lodge (which includes a cell with 12 APs of electrically-powered Paralysis).

Drawbacks:
Creepy Appearance (not quite human). 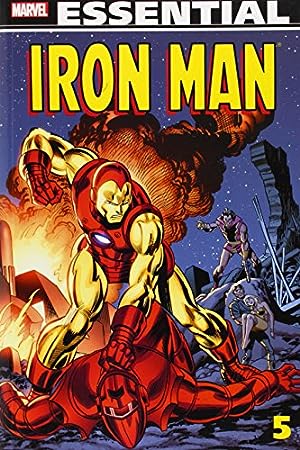 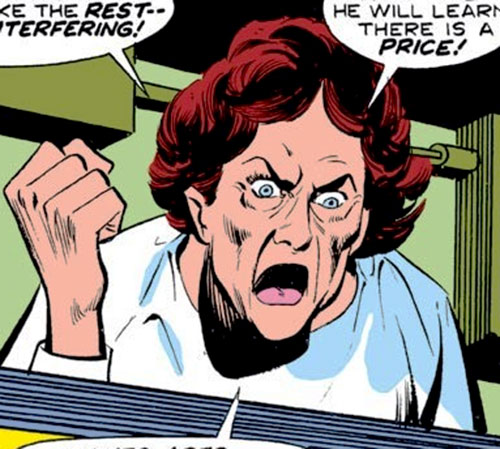 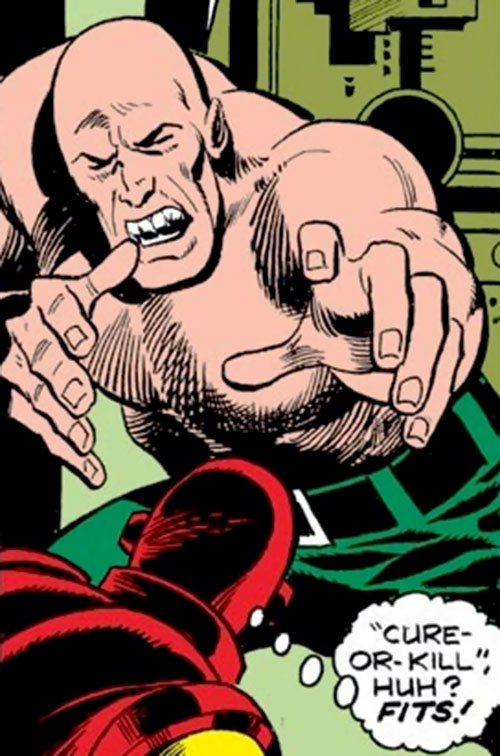