Beyond his genius for medicine, Doctor Moon’s remarkable traits include impressive manual dexterity and ambidexterity (which has little effect in game terms as he’s a non-combatant).

It has been rumored that his title “doctor” is unearned, since no record can be found of Moon’s accreditation. “Genius can neither be confirmed nor denied by a sheet of paper,” says the doctor.

Indeed, Moon’s skills as a surgeon cannot be impeached. Unfortunately, he has always put them to use on the wrong side of the law. “Law is nothing more than the weight of common opinion,” he says.

Moon has been hired to use his medical skills in one nefarious scheme after another. He went as far as working for the Joker (although that story could not have existed as is post-Crisis).

That these schemes constantly violate the Hippocratic Oath does not seem to disturb Doctor Moon. “Only a fool is bound by the word of one long dead,” he has commented.

Over the years he has travelled from job to job, usually operating in secret. At one point he even worked for the U.S. government’s Task Force X, gaining a pardon by performing a brainwashing operation on the operative Plastique.

“Healing is the body’s natural process, and is therefore dull, commonplace. I am an experimenter, a pioneer, a misunderstood visionary. I prefer to expand the field of science by going beyond the convention of hidebound ’morality‘”.

This skill is in BOH:SE ; here’s a quick recap. Target must be “immobile” (either by choice, or by restraint) One Brainwashing roll can be made every 15 APs (a day) ; every AP less time adds to OV/RV of attempt.

APs of Brainwashing is AV/EV ; Will/Mind is OV/RV, take into account Iron Nerves, Iron Will, Mind Blank, Mind over Matter, and Mind Field/Shield.

RAPs are subtracted from Mind, Target receives no Recovery attempts to regain the “damage” but also “damage” will not harm target. Once target is reduced to 0 or less, a new Motivation, belief, or suggestion may be programmed into Target. 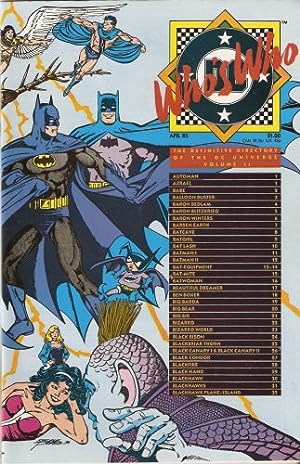 The classic Who’s Who in the DC Universe run