Alice is a skilled scientist, specializing in telecommunications. Her powers come from the Power Prism, an object which may or may not be sentient in its own right.

The Prism can form constructs out of pure energy. It has done things such as creating portals to at least four different worldwide destinations at one time, or create surveillance spheres to follow energy traces. Her constructs have proven strong enough to hold back super-strong individuals, but their exact strength has yet to be fully tested.

A telecommunications specialist with her own company, Alice wanted to work with the renowned Dr. Henry Pym. She thus hired him to work for one of her facilities in St. Louis. She then pretended to be an employee, so she could work as his lab assistant without him feeling like the boss was looking over his shoulder.

He was trying to create a link to the dimension where his mass shifted to when he shrank, and from which he gained mass when he grew. They actually managed to create a portal.

Later on, Pym was confronted by an unnamed thug who wanted his shrinking technology to help him hide from the authorities and organized crime. They struggled, then both fell through the portal. While Iron Man went through after them, Alice monitored the portal.

However, she was overcome by a grey matter which had been displaced from the dimension. Dr. Nugent awoke as they returned from the other dimension, apparently unaffected by the exposure.

Pym continued using her facilities from time to time. During one such occasion he was kidnapped by robots. When the Avengers arrived to investigate, Alice had a front-row seat as they were attacked by an army of Ultrons, and taken prisoner.

A while later Dr. Nugent was asked by the government’s Commission on Superhuman Activities to examine the Power Prism taken from the latest Doctor Spectrum (Martha Gomes). Spectrum had recently been beaten by the Thunderbolts. As soon as she came into its presence, Alice felt the Prism calling to her, and she soon took it, becoming the new Doctor Spectrum. 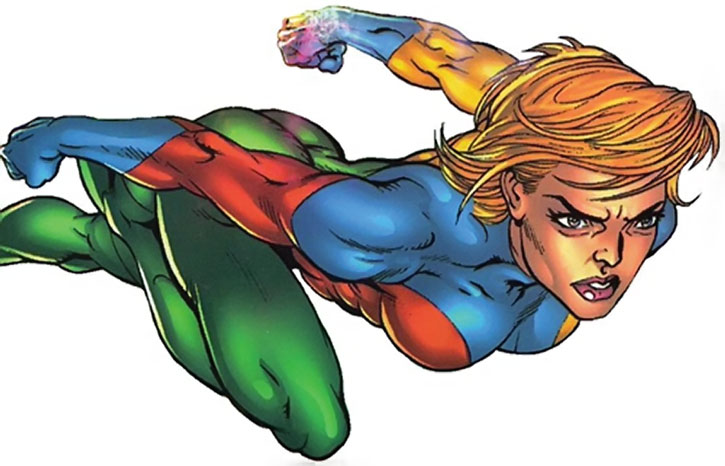 Meeting the new Hyperion (Zhib-Ran), the pair went to recruit former Squadron Sinister members Speed Demon and Nighthawk. Both men, at that moment, at the Thunderbolts base. Crashing in, they abducted the pair and returned to the Nugent Technologies building, where Alice laid out her plans for saving the world by taking control.

Hyperion soon detected that Speed Demon and Nighthawk were just playing along with them. But before he could act the Thunderbolts arrived, forcing Spectrum and Hyperion to leave.

She was next seen in the company of the Grandmaster. It seems likely that she’d have met him just after becoming Doctor Spectrum, which he likely manipulated, and he would have introduced her to Hyperion and sent them after the other Squadron members.

He warned her of the threat posed by Baron Zemo’s plan to gain control of the Wellspring of Power. He may also have given her the idea of taking over the world to save it.

(It’s also worth noting that the Grandmaster has a record of manipulating the histories of those he wishes to empower. So he may well be responsible for her choosing a specialty that would put her in a position to be called by the Prism, or any of the other events that got her there.)

Speed Demon and Nighthawk both rejoined the Squadron for their own reasons. At the Grandmaster’s direction, the Squadron scoured the Earth closing down the lesser Wellsprings so that they could trace the main source.

Finally locating it, they were attacked there by Zemo’s Thunderbolts. Nugent and the Squadron didn’t last long in the fight, as it quickly escalated to a clash between the Grandmaster and the empowered Zemo.

Nugent wasn’t seen after this, so it’s unknown whether she retains the Prism, whether she’s in custody, or whether she even survived the event.

Confident and driven, Alice seems determined to force the world to become better, no matter what she has to do. It’s unclear how much of her actions are influenced by the Prism.

Alice seems to need to convince people that she’s doing the right thing, wanting to call the group Supreme Power, rather than the Squadron Sinister, and always emphasizing that they’re working for the good of the world.

Prior to taking possession of (or being taken possession of by) the Prism, Alice seemed a devoted scientist, looking to improve the world.

“The C.S.A. brought me in because I’m a telecommunications specialist, and they very much want to find a way to talk to this beautiful little creature… but it won’t talk to anyone else… except me!”

“This is so invigorating, you have no idea ! Every time the Prism pulses, the power sings to me !”

“Your kind — superhumans — for so long. I promised myself if I ever became one, I would never dream so small.”

Since it’s unclear what relation this Prism has to the previous ones, I’ve limited its stats to those exhibited during Nugent’s possession of it (and those of the previous wielder, although she didn’t do much with it).

Source of Character: Marvel Comics (up to Thunderbolts #108). 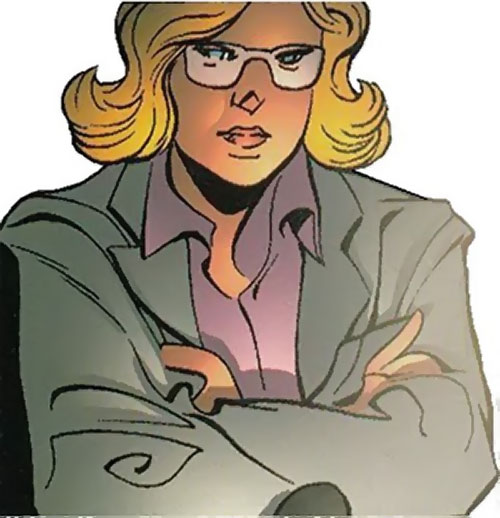 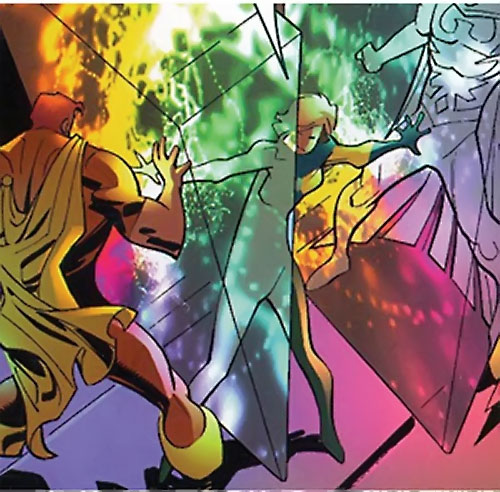 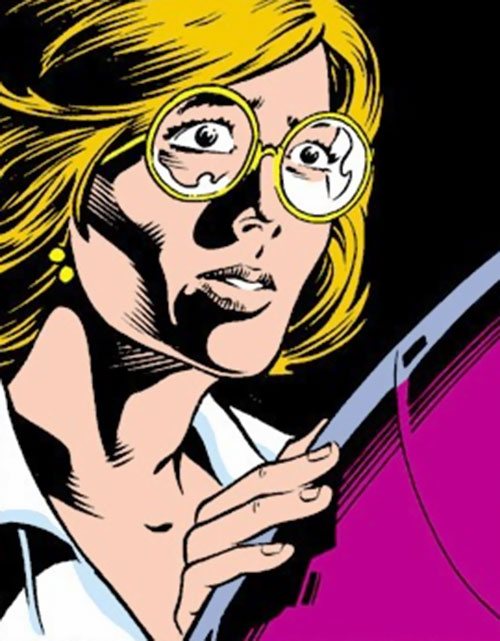