Beyond vague nostalgia, we have profiles for some of those since they’re often vintage action/adventure archetypes. The toy lines was clinging to whatever was popular with little boys.

Most of the promotional comic can be viewed at the leading site of 1970s camp and acquired taste – plaidstallions.com.

Doctor Steel (he presumably has a doctorate in arse-kickin’) is a formidable unarmed martial artist, brawler and adventurer.

His strikes are very powerful since he’s the British/Chinese answer to Sarge Steel. He’s a man with a literal hand of steel, powerful enough to shatter guns, jaws and the like.

Like the rest of the PACK he is a top agent. Steel also demonstrated good vehicular skills (since those toys are the ones with the higher margins).

Big Jim hired him to be his “enforcer”, which implies streetwise skills. And as his “master strategist” for the P.A.C.K., which I assumed meant a previous career in some elite, small-units military corps.

Dr. Steel was recruited in Hong Kong by Big Jim. Jim had been mandated by the “International Crime Fighting Commission” to search the world and put together a crack team of “expert crime killers”, so it likely was a Tuesday.

This team fought the machinations of exceptional crime lords such as Zorak (a near-clone of the Mole Man) from about 1975 to the early 1980s.

All P.A.C.K. agent have a wolf’s head tattoo on the back of one hand, and wear special boots that leave wolf tracks in soft ground. Why ? I don’t know.

“I’m out of silver… will you take a fistful of steel ? From Dr. Steel !” (punches some guy)

“Let me give you a hand !” (punches some other guy)

“The silver motocross outfit hides my chest tattoo. I’ll rev up the Howler – and keep a close eye on Cape Saturn, ready to put out any mysterious fires !”

The PACK makes up a fairly good late 1970s/early 1980s action force, if your campaign needs one. They could easily be incorporated in the history of Marvel’s S.H.I.E.L.D. (Nick Fury’s outfit) or DC’s CBI (King Faraday’s agency).

Or succeed the Village People. I’m not sure.

Bonuses and Limitations:
Claws can also inflict Bashing damage (and usually does) (+1). And it somehow does not conduct heat or, presumably, cold (+1).

Connections:
Big Jim (Low) – and when you got Big Jim you don’t need any other connection, man. Though he seems to also have Street (Low). 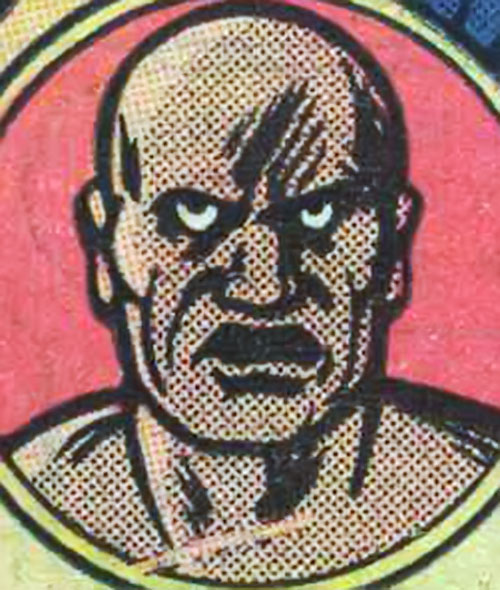 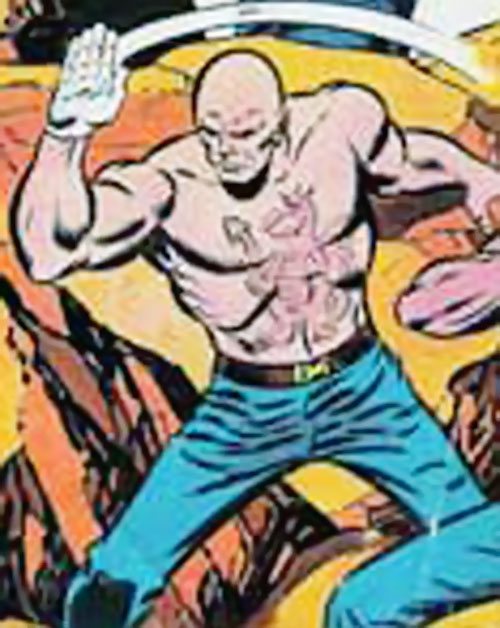 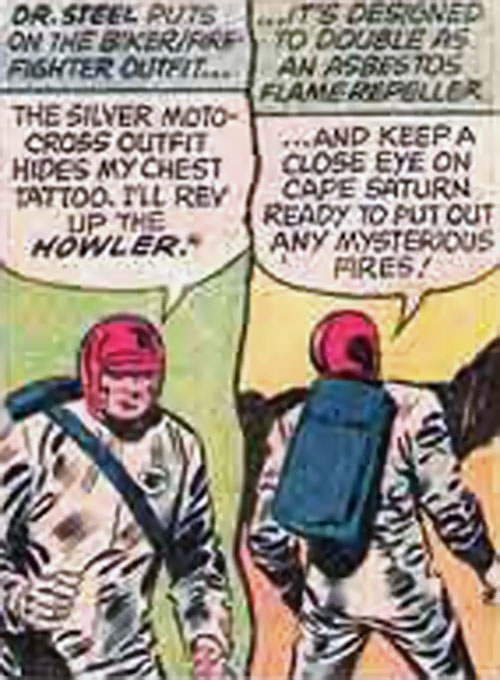