Doctor Tannenbaum possesses no superhuman abilities, but has built a number of Christmas-themed devices which he has used to try and spoil the holidays.

Creations he has been seen to use include:

While the cause of Doctor Tannenbaum’s hatred of Christmas is unknown, he’s tried at least twice to spoil Christmas for the inhabitants of Muskego, Wisconsin, both times being foiled by the Great Lakes Avengers.

His first attempt involved sending a Giant Robot Snowman on a rampage around Muskego. The GLA arrived in time to prevent the worst of the damage it could have caused, and took the Robot’s head as a souvenir.

The following Christmas he challenged the GLA (now the Great Lakes X-Men) to stop him, via speakers in the Robot Snowman’s head they kept as a souvenir. This time he’d created Living Christmas Trees which he’d arranged to sell through Muskego’s main Christmas tree retailer, and so had infiltrated his deadly creation into the homes of most residents.

When the GLX arrived, he animated the remaining trees against his enemies, taking a sales assistant hostage to protect himself. When Mister Immortal was knocked into a nearby home, he realised the tree inside couldn’t move due to the weight of the decorations holding it immobile, so he quickly got his team mates to cover the threatening trees with decorations, rendering the safe.

They then easily apprehended Doctor Tannenbaum, handing him over to the authorities.

He was free of the authorities by the following year, only to be held captive by AIM when they took over his secret base under an amusement park in Wisconsin Dells. They left him locked away, and he was only freed when the GLA shut down AIM’s operation. 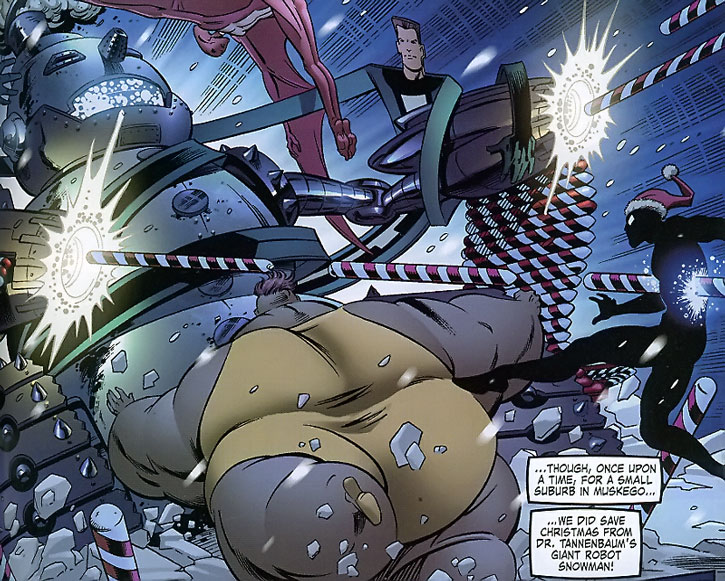 “Ho ho ho ! Listen up, Great Lakes Avengers, or X-Men, or whatever you’re calling yourselves ! It is I, your greatest enemy, Dr. Tannenbaum, the Yuletide Terrorist ! It’s that time of year, so yet again, I am out to destroy X-Mas ! So ? Are you ready to take your season’s beatings ?!” 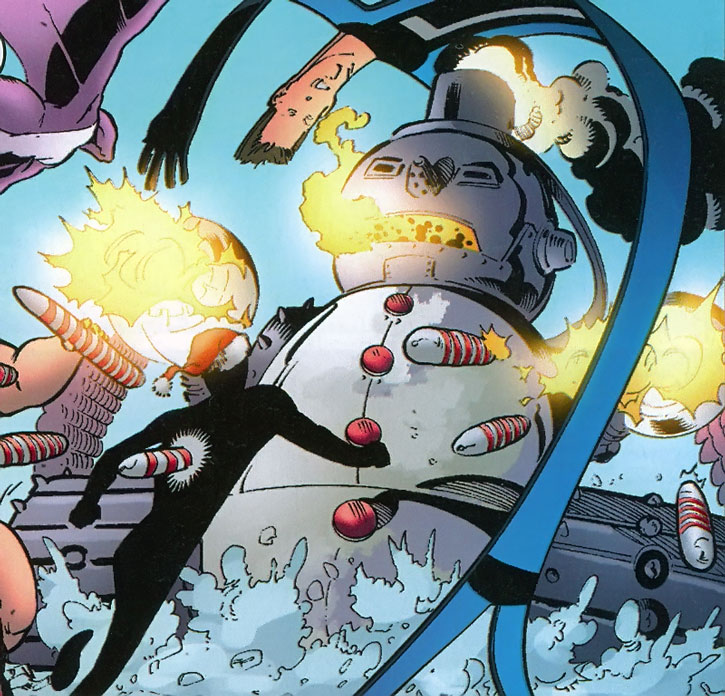 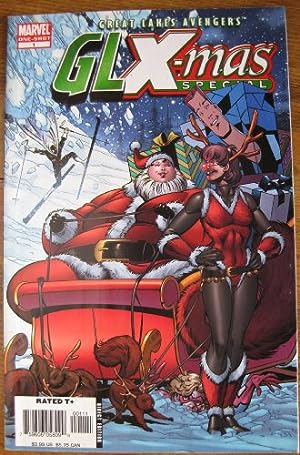