As a Time Lord from Gallifrey, he has various physical attributes such as a respiratory bypass system, and duel circulatory system. This allows him what can be considered peak, and often superhuman abilities. He also is ’semi-telepathic‘, and his time-travelling nature allows him to sense disturbances in time itself.

It is his intelligence and literally hundreds of years of experience which are his greatest abilities, allowing him to grasp and master dozens of different scientific fields, mechanical skills and arcane trivia.

The planet Gallifrey is home to the Time Lords, who, being first to evolve to sentience, perfected the science of Unlimited Time and Space Travel. Millions of years later, one of their number escaped their society out of boredom and began to wander the universe on his own.

His insatiable curiosity was soon tempered with a sense of justice, and he began to actively fight the threats to life that his travels brought him to. His name was soon all but forgotten, and he was only known as The Doctor.

(Taken from Time Lord))
“The Fourth Doctor is a lively, bohemian adventurer with a great passion for his travels in time and space.

“His clothes are decidedly eccentric. A light grey wool coat trimmed with black felt on the collar and cuffs, matching baggy grey trousers tucked into brown calf-length boots, a cream and brown waistcoat, open-necked shirt and a long scarf that has to be looped around his neck many times to keep it out of the way of his feet.

“The ensemble is topped off by a wide-brimmed black felt hat. He has a wild-looking face, blue eyes and a mass of unruly curly brown hair.”

(Taken from Time Lord))
“Odd looking as he is, the Doctor is a hugely charismatic figure, able to make friends easily with a winning smile and a touch of humour. He will inveigle himself into hectic situations before the participants even have time to realize there is a stranger among them, offering help, and advice and sometimes even tinkering before anybody can stop him.

Witty comments, puns, and offering of jelly babies are the Doctor’s weapons against a hostile greeting. 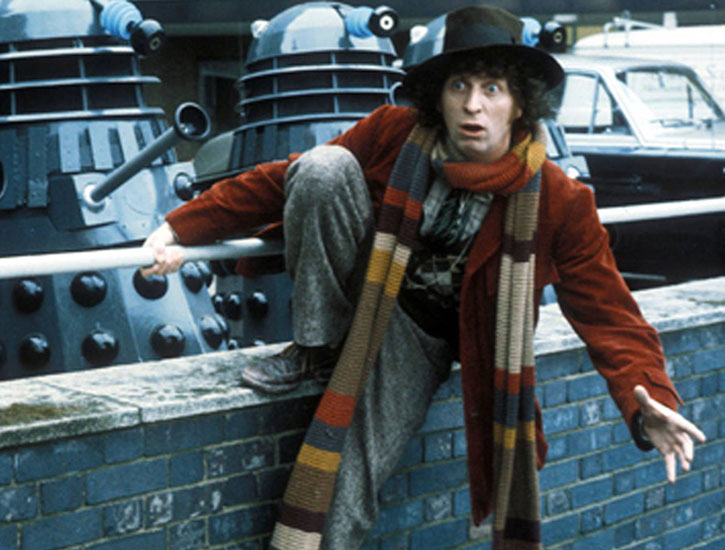 “His genius, however, is erratic. The Doctor is temperamental and prepared to be bluntly rude to anyone who interferes with his work. He tends to be absent-minded, leaving behind or sometimes losing vital pieces of equipment. And his companions often take the blame for his mistakes. Like his previous incarnation, he dislikes those in authority.

“The Doctor is constantly bubbling with ideas and responds quickly to the stimulus of new information. He asks questions of other people at random, often with no apparent connection, in his attempts to buy time while he thinks through a problem.

&ldquyoHe adopts this approach even in adversity. Any captor is likely to be subjected to a stream of seemingly inane observations or witticisms while the Doctor plans his escape.

“This incarnation of the Doctor is more of a loner than the previous ones. He regards companions as a hazard because they regard too much safeguarding. Yet their tendency to wander into danger is sometimes the Doctor’s fault. He has a habit of withholding important information while he tries to work out what is going on.”

The Doctor: “Humans have got such limited little minds. I don’t know why I like you so much.”
Sarah: “Because you have such good taste ?”
The Doctor: “That’s true. That’s very true.”

Leela: “I don’t know what to believe anymore.”
Doctor: “Well that sounds healthy, anyway, Leela : never be certain of anything. It’s a sign of weakness.”

Thanks to the TARDIS, the Doctor can appear any place, any time, and possibly any universe.

Since his usual modus operandi is to land somewhere before/during a crisis, it’s easy for him to show up and start guiding a hero group towards a solution, or a mysterious NPC dispensing advice.

If used as a Player Character, good roleplaying should earn extra award points.

Connections:
Due to his itinerant nature, there are none – the Doctor usually relies on his ability to makes instant allies, although it is not infallible.

Equipment:
The TARDIS ; Sonic Screwdriver [BODY 3, EV 13, Range :1, Telekinesis: 03, Thief (Locks and Safes, Security Systems): 06, Vibe: 07 Hardened Defences, R#2. The Thief skill functions like a computer skill – it either tackles the OV/RV of the lockpicking attempt on it’s own, or reduces the APs for the Character to tackle with his/her own Thief skill. Limitation : Telekinesis can only manipulate metallic objects for simple tasks (-3) HP: 62. The Sonic Screwdriver is possibly one of the versitile tools in existence. Used primarily for lockpicking and all-round repairs, it has also been used for other tasks such as exploding mines at a distance and sabotaging androids] ; Scarf [BODY:1, STR:1 HP:10] It’s length is 27 feet (2 APs) and can hold the Doctor’s weight … barely.

Source: http://home.twcny.rr.com/wander/dcheroes.htm (defunct)
This advantage allows the character to purchase a mental connection to another person, place, or thing. This connection spans any range or dimension, although it does not allow communication(any power bought by the two for personal communication receives a -1FC though). It does, however, alert one another to the other’s well-being and/or location(in general). It does not allow them to appear near each other, unless required movement power is also purchased.

This trait is the messy, but sometimes useful ability to keep an extraordinary amount of junk within your pockets, some of which will be invaluable in a tricky situation.

This is NOT an Omni-Gadget, in which the items produced will usually have no APs to use, but will fit within the current situation. One example is having a cricket ball handy when you need to throw something at the switch which turns off the automated defence mechanism currently firing energy bolts at you.

However, this trait does not guarantee you have anything that you might use normally, such as a pen when you need to write something down. In a situation where the player needs to use Resourceful Pockets, the Player must use INFL/AURA as AV/EV against a value set by the GM using the Universal Modifier Table. Last Ditch Hero Points can be spent to modify.

Example: The Fourth Doctor enters a Sandminer Hopper to examine the dead body within, and the entrance slams shut, sealing him inside when the fine powder-like ore starts pouring in, which will suffocate him. The Player declares that he is using Resourceful Pockets, and starts rummaging.

The Gm declares that this is a Difficult situation with a difficulty of 04/04. The Fourth Doctor has an INFL/AURA of 07/09, and rolls a 13. He scores positive APs, and produces a long piece of flexible plastic piping long enough to poke through the fine ore, allowing him to breathe until somebody either empties the ore or finds him.

The base cost of Resourceful Pockets is 15 Hero Points if the hero wears normal clothing, 25 points if they wear the traditional spandex costume (where and how to they place it?)

This is the useful ability to thump any malfunctioning gadget and have it work. Apart from The Doctor, this ability was used by ’Happy Day’s’ The Fonz to turn on and off jukeboxes without having to pay for the privilege.

The Player’s APs are AV/EV against the RPs of damage preventing the gadget from working. Successful APs indicate success, and the device will work correctly for a number of rounds equal to the player’s APs of gadgetry. Then the device will fail again automatically, and another Bench-Thumping attempt must be made.

This can also jar uncomplicated machinery to work despite security measures – vending machines, pay phones, etc. The player’s APs are rolled against either the original designer’s APs of Gadgetry (either a 2 or 3) or the device’s BODY (Maximum of 5). This is decided by the GM.

Helper(s): Richard Lyon, Woodrow Hill. Most images for this series of writeups were taken from scifiscience.co.uk/doctorwho/doctors.html (defunct). 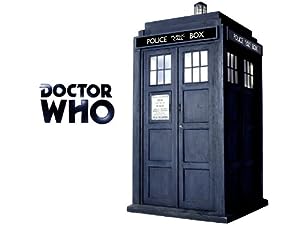 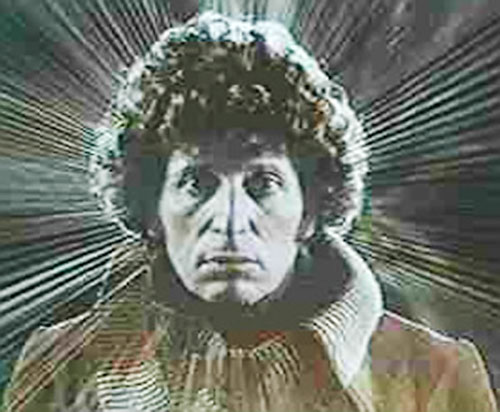 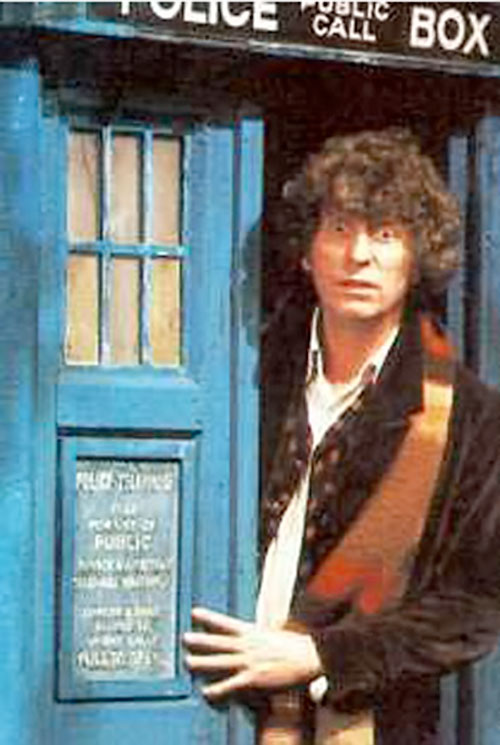 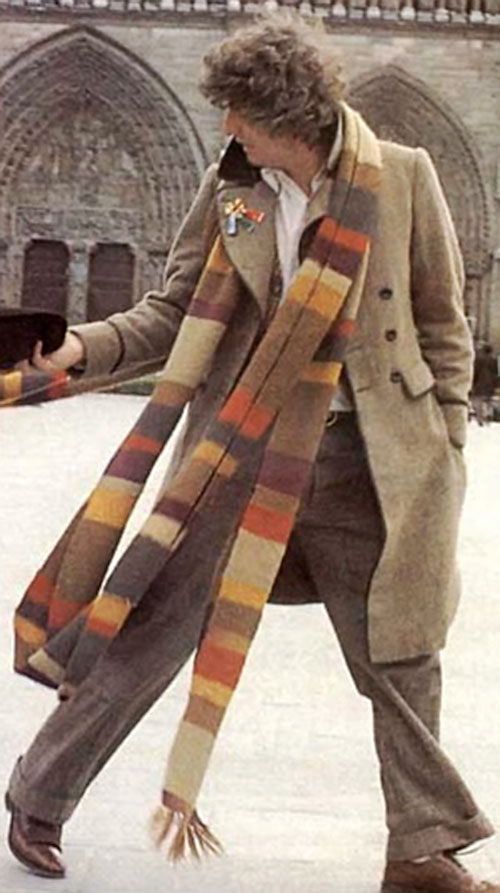 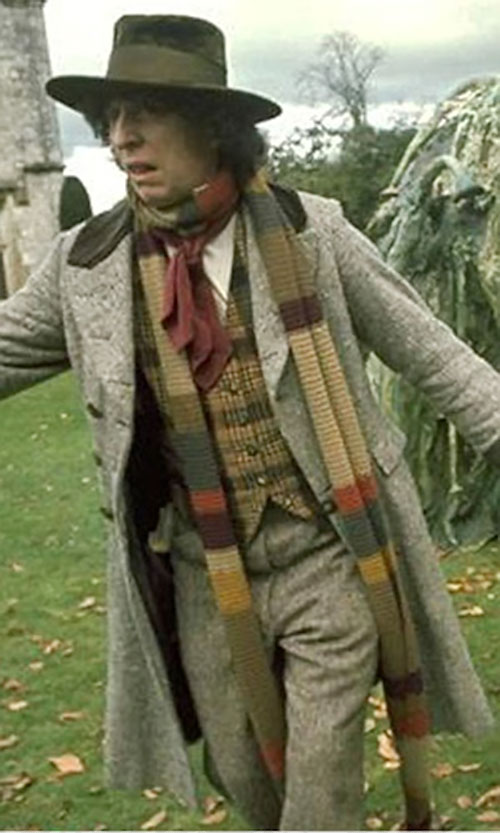