The classic BBC TV series Blake’s 7 has also been declared to be part of the same fictional universe as Doctor Who. If you’ve never heard of it, it ran for four seasons from 1978-81 and featured the ultimately-doomed struggles of a group of seven freedom fighters led by a man named Blake against the tyranny of the fascistic Terran Federation, headed by the dictatrix Servalan.

Their early nemesis in the field was Space Commander Travis, who was killed midway through the run after attempting to betray the human race to alien invaders from another Galaxy. These were originally going to be the Daleks, but the filmed version of the story replaced them with jellyfish-like creatures. The Federation had been created after a previous society had been largely demolished by an Atomic War involving much of the Galaxy centuries before.

It was never made clear how far into the future Blake’s 7 was set, since the Federation had started a new calendar after it was founded. Most of the worlds visited by the main characters were inhabited by humans or humanoids, but it was unclear whether all of these were descended from colonists from Earth or whether some of them were true aliens.

Those whose ancestors definitely had come from Earth often dismissed the traditional accounts of their origins as a myth, suggesting that their worlds had been colonized long before living memory. There were other human interstellar alliances besides the Federation, which was still some way off from achieving its goal of Galactic supremacy. One of these was called the United Planets.

The name of the Terran Federation had previously been applied to Earth and its colony worlds as early as the 24th Century, so the use of the name in the time of Blake and company is obviously a reversion rather than an innovation. There really isn’t much clue from that or from anything else as to just where to place Blake’s 7 within the overall chronology above.

FWIW, my guess would be that it’s sometime after the fall of the Galactic Federation (or the Second Human Empire) thousands of years from now. It certainly has to be long before Earth is rendered uninhabitable for the first time by solar flares around (by my calculation) 15,000 years from now. For a conveniently round figure, setting Blake’s 7 around 10,000 years from now might work. The overall technology level seems rather low for that, but that’s true for most Doctor Who stories set that far into the future as well. 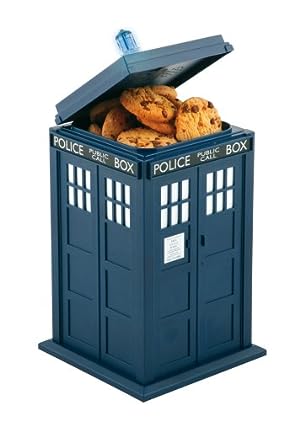