Doctor Z.Z. can fire blasts of searing pain directly into his victims’ minds.

He also can alter his features to match his old appearance, although this appears to require concentration.

As teacher at Sude’s Metan criminal school, Doctor Z.Z. trained students to serve as part of Sude’s empire. How he gained his power and appearance is unrevealed, but he holds Wizor responsible in part for the incident.

When Sude appeared to have been destroyed, Doctor Z.Z. decided to lead his students in taking over Earth.

Infiltrating the government facility where the transporter to their ORC base on Earth was housed, Z.Z. and his students travelled to Earth. They took power from Wizor, and destroyed the transporter. This left the Metan authorities with months of work to be able to follow them.

They didn’t have months, though. Rogue Metan security officer Rac Shade managed to travel to Earth with his M-Vest. Allied with the Suicide Squad, he infiltrated the ORC and confronted Z.Z..

They fought, and Z.Z. gained the upper hand, only to be shot and presumably killed by Rick Flag Jr..

A careful strategist, Doctor Z.Z. prefers to plan things out in advance. He usually has his students doing the actual work. Not that he’ll hold back in a fight if it comes to it, although he mainly uses his pain beam to attack.

“Be advised that even now I am formulating a plan for the utilization of all your talents and ambitions ! When the time is ripe we will all act together !”

“Unpalatable though the truth may be, I must accept it ! Sude, the supreme decider, is dead ! Meta is no longer the ideal zone for either myself or my students. But there is a zone for which our talents and training are ideally suited… a zone which we have been training to conquer for the greater glory of Sude ! Yes, I and my students must migrate to that other zone ! For if I act boldly and with daring, the entire Earth-Zone will be mine to rule !”

“Resistance will not bring you death — only continuing pain !”

“You are on your own, my pupils ! But never forget that you are clandestine impersonators, operating in enemy territory in an alien dimension !”

Bonuses and Limitations:
Chameleon only duplicates his former appearance (-1), and requires his concentration, preventing him taking other actions (-1).

Doctor Z.Z. has a number of loyal students who have been trained to infiltrate Earth society. 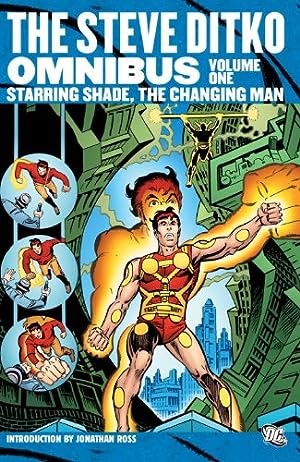 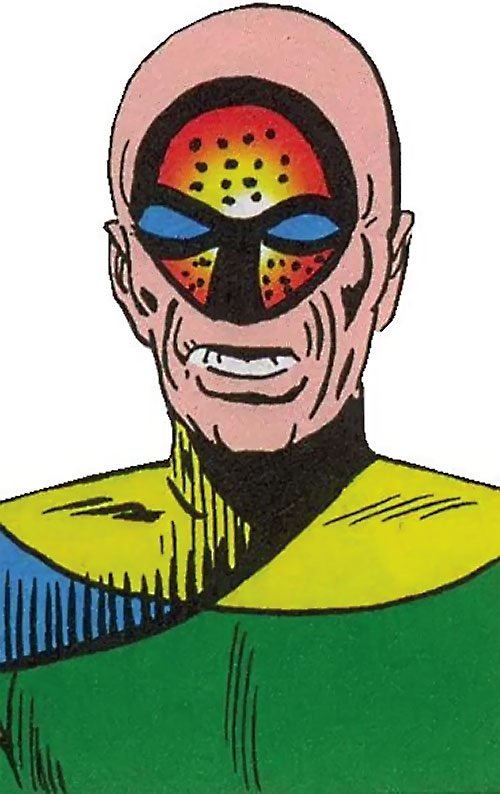 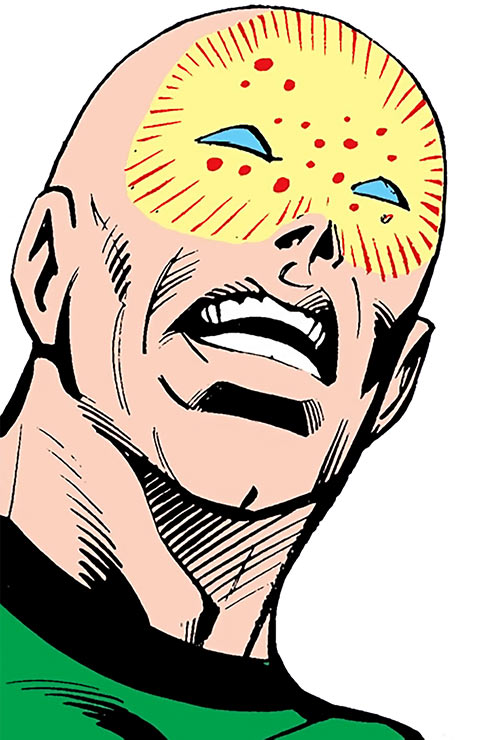 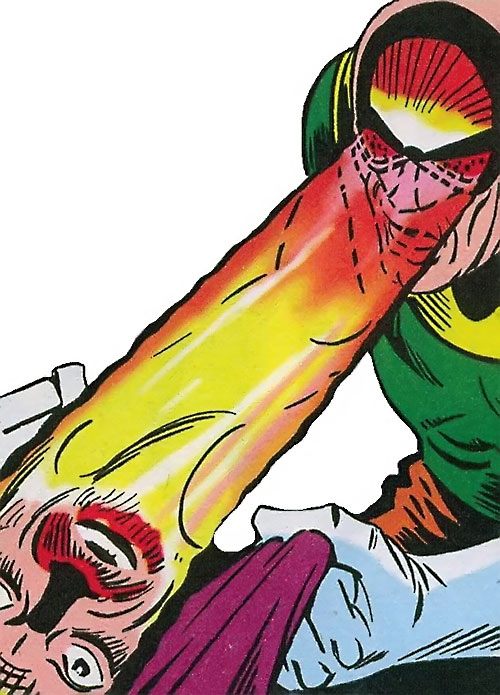 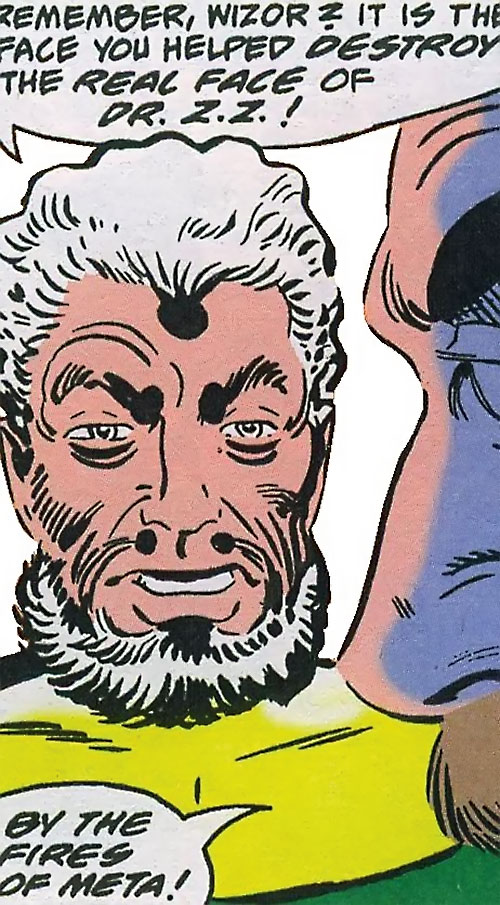