This couple appears in a 1970 Batman story. This issue, Detective Comics Vol. 1 #395, is of some importance.

Editor Julie Schwartz had recently started driving Batman toward a more serious, darker direction with writer Frank Robbins. But these tales were still Silver AgeSuper-hero comics from the late 1950s to the early 1970s-infused. Examples include stories featuring the Masquerader (Det 390) or “Dakota” Jones (Det 394).

However, Det 395 was Dennis O’Neil’s debut on Batman. The young writer was at that point chiefly noted for his “karate mod era” Wonder Woman, but he would become one of Batman’s leading creators.

Furthermore, O’Neil was again paired with artist Neal Adams. They had already worked together on Green Lantern stuff.

Adams’ main career had also debuted in 1966, and his remarkable art was a kick in the pants back then. His work made Batman feel *way* grittier, adult, powerful and sombre.

The Muertos are marinating in moolah. It is implied that their great wealth essentially makes them the lords of an unspecified area in Central Mexico.

They also are international jet setters. They have a good reputation among other bored rich people in Mexico, the US, Western Europe and the like.

Song of the Sybil

They have access to an extremely rare species, the Sybil flower. As per the (fictional) Mexican myth, it grants both immortality and murderous insanity.

Whether they were genuinely immortal is unclear. But they were both aged nearly 130 while still looking about 30.

Extreme excitement suspends or even cancels the effects of having smelled the Sybil flowers. If such emotions are allowed to take hold, all the delayed ageing can catch up within minutes. 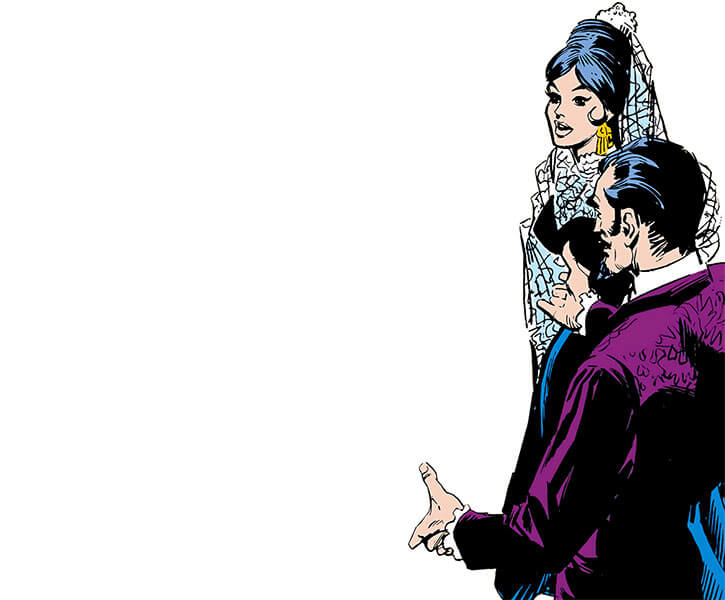 When a person is exposed to the Sybil flowers for the first time, they are subjected to terrible hallucinations. Telling these and reality apart can be impossible. Even Batman (Bruce Wayne) had difficulties resisting.

As sanity degrades from long-term exposure, the hallucinations recede until they become insignificant.

The Muertos preferred indirect means of killing their opponents. This was presumably to avoid excitement. These included :

Both spouses demonstrated a level of speed and strength that didn’t seem normal.

They bound their captives in “tenemos vines”. These ropes contract as force is exerted against them, but they can be cut using a small blade.

Something to evoke Mexico in 1970, lessee…

I wonder if José José has an official YouTube channel… why yes, he does !

After the initial hallucinations shock, they realised that their ageing had indeed been suspended.

Over time, they became immensely wealthy. Decades of compound interest will do that.

In 1969, they forgot a Sybil flower blossom in their Mexico City hotel room.

This drew the attention of the Federales. Either somebody on the force knew about Sybil flowers, or the blossom resulted in hallucinations for those exposed to it. Or both.

Realising that the government would send somebody after them, they threw a huge party in their familial graveyard. An international selection of socialites attended, including Bruce Wayne.

The party was meant as a trap to identify and murder the Federal agent. 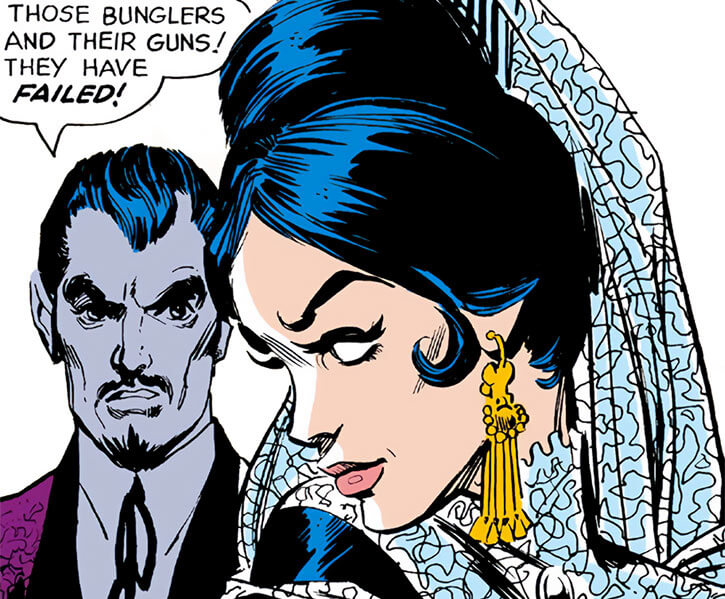 It worked. Dolores Muerto realised that one Pedro Valdes was a cop. The Muertos made several attempts to kill him using hirelings and animals, but the Batman narrowly saved the officer.

Frustrated, the Muertos took Valdes to the last remaining Sybil flower patch. Sustained exposure to their perfume would kill him. However, Batman intervened again. The Muertos nearly disposed of him, but he resisted the flowers’ perfume. Batman then set the patch on fire.

Realising that it was all over, Dolores Muerto ran toward the flowers in a panic, husband in tow. The strong emotion meant their death. The couple soon was but dust and bones amidst the familial graveyard.

Wayne buried the Muertos on their estate.

This minor story is forgotten. But you *could* bring back the fact that Bruce Wayne once breathed the Sybil flowers’ perfume as a Morrisonian plot point.

There are remarkably few Mexican characters of note in the DCU. And about half of them are from a single Annual (El Muerto, Iman, and Acrata). So it wouldn’t be absurd to :

Or they could return as ghosts, since using morbid Mexican folk imagery has been popular. Say, Grim Fandango or Guacamelee, though neither of these games is actually Mexican.

This likely was the dress code for the party. Since Wayne too was wearing a suit with Mexican retro details.

However, the highly observant Wayne was puzzled that some details of their words and behaviour felt like those of aged persons.

They are ruthless killers, obviously seeing themselves above laws and morals.

They also have a vampire lords vibe, but it’s just a few shared aesthetics with Romantic genre literature.

The story states that the Sybil flower makes its immortals insane. This isn’t apparent in the Muertos’ behaviour. This may mean that it’s not comic-book-exaggerated insanity, but a more realistic and nuanced psychological condition.

The Muertos clearly loved each other. Hey, you can maintain a loving marriage for 100+ years, you’re clearly doing something right. 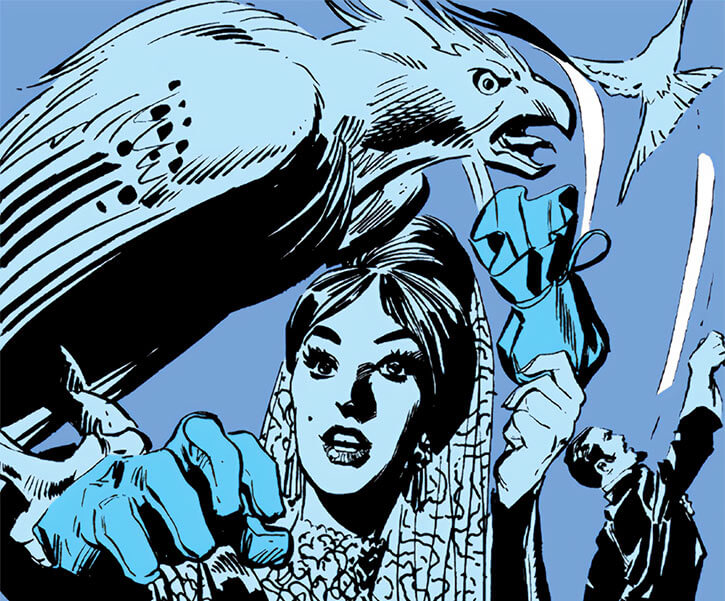 (Both seemed to have about the same stats).

Use our Thugs article, the Animals File article, and the Weapons Locker article for their assets.

The flowers’ perfume could be a Mystical Attack. This is the earliest O’Neil Batman, so Bruce might have INF 07 SPI 08 at that point. If so, a 07/07 attack against INF/SPI (Sealed Systems applies) seems about right, as he was spending Hero Points to resist it.

There isn’t enough material for firm stats. And they almost certainly have other Skills and Advantages.

For instance, it would be weird if they weren’t decent equestrians. And they have first-hand knowledge of modern Mexican History.

I went for a highballed STR estimate to make them more distinctive and vampire-like. STR 04 would be the more conservative approach, but if going that way I’d tack on Martial Artist: 05.

Between the flowers and the vines it is possible that one or both have an Expertise in botany, and might have used some more odd plants in a low-key fashion.