Dominic’s Gun Enhancements are a series of cybernetic implants which provide the Seven Guns with:

These enhancements are activated by him saying his keyword, Herakles.

His Enhancements involve bulking up his body with artificial muscles, growing larger and stronger. Dominic could rip a tank apart when enraged.

Dominic was resident of a western US city ruled by a corrupt police force and private armies. He was approached by acquaintance Tom Watson who, with John (Horus) and Frank Blacksmith, had developed the cybernetic technology which merged with other scientific disciplines to allow the creation of Gun Enhancements, gifting the recipient with cybernetic super-powers.

Joining them, he was enhanced, adopting his codename and joined the Seven Guns.

They began a vigilante action against the corrupt forces controlling their city. The Guns eventually routed them, but not before Blacksmith was dragged to death through the streets by a police car.

They became a more global group for a while, which unfortunately left them out of the country on September 11th 2001, but they did foil a copycat strike on LAX on Thanksgiving.

The group continued operating until Laura Torch was killed in an explosion which maimed Tom Noir. They began to drift apart following this. But apart from Tom, who retired, all kept operating, although John Horus was the most public, and most independent. John became the most publicly trusted of the guns, and had regular access to the President. 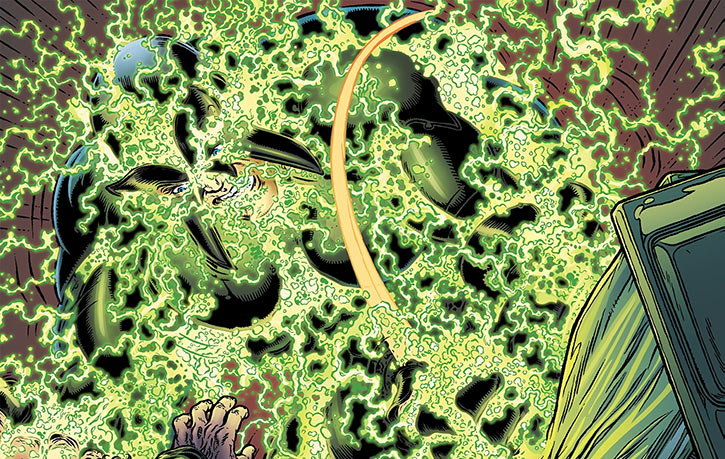 They enjoyed a freedom to operate for a while. But John then decided that the President was guilty of a number of crimes, including starting an illegal war. John summarily executed the President and his inner circle, then stood before the White House press corps declaring that the country should hold fresh elections.

The military began hunting John and the other Guns. They were aided by Frank Blacksmith, who’d faked his own death and gone to the intelligence community to develop a group of Gun Enhancements for them.

And then it gets worse

He first tried to kill the retired Tom Noir, who managed to overcome the thug Frank left with him. The enforcer under the impression Tom’s enhancements no longer worked.

Tom reunited with the other Guns, apart from John, who’d distanced himself from them during his speech. But they were unable to come to an agreement on how to respond, made harder since Kathryn Artemis had opened fire on the army.

Heading to an ammo dump to re-supply, they were ambushed by a group of Frank’s Guns. Dominic was killed in the fight.

Opinionated and short-tempered, Dominic is the most conservative of the Guns. He also argued for them to surrender themselves to the authorities after John’s actions. This changed after Tom’s apparent death, which truly enraged Dom.

While he’d originally joined the Guns partly due to the illegalities of the local authorities, he was more likely to trust other authority figures than his team mates.

In combat he tends to rely heavily on his physical strength rather than use strategy. He assumed leadership of the Guns after Tom retired, and John drifted away, although the others rarely took much attention of his orders.

“In this world, where we’re all pulled down by small people and a million small things designed to keep us small — I want to be tall, Tom. When I stand up and say ‘enough. We don’t have to live like this,’ I want them to be able to see me. If I can be tall, anyone can be tall. And not being a liberal doesn’t mean I don’t know when things have gone wrong in this town.”

“Don’t be an asshole. There are four of us and only three-quarters of you. Tom, you’re still drunk off your ass. Do as you’re told.”

“Listen, when some asshole pulls a gun on me, he loses his right to a warm milky drink and fucking cuddles, okay ?”

Bonuses and Limitations:
Radio Communications is Scrambled (+1), and allows him to access the surveillance around their bases (+1). 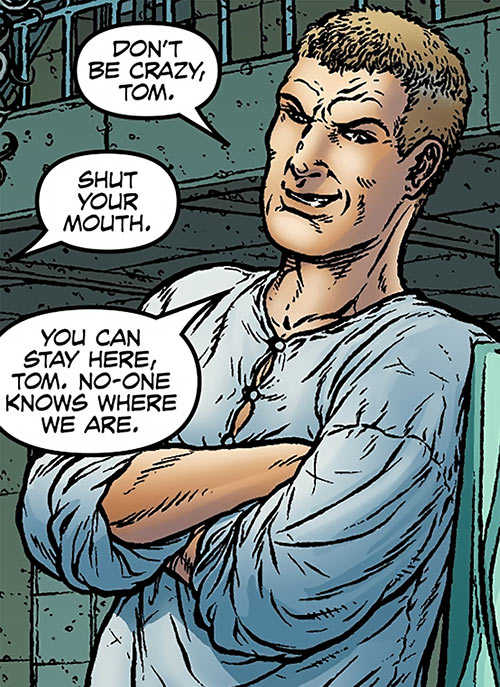 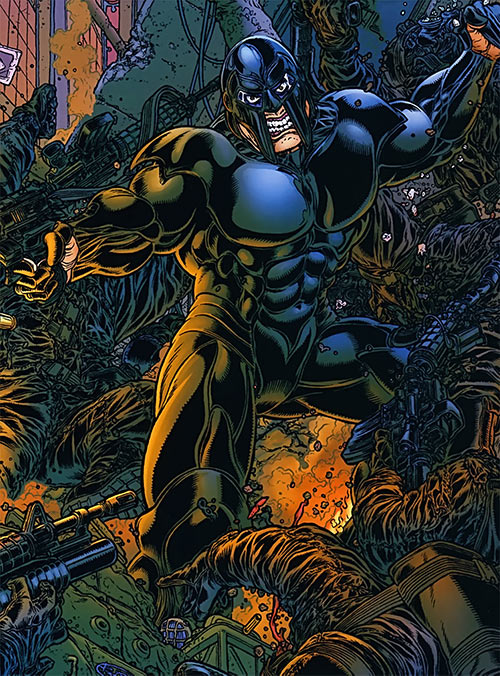 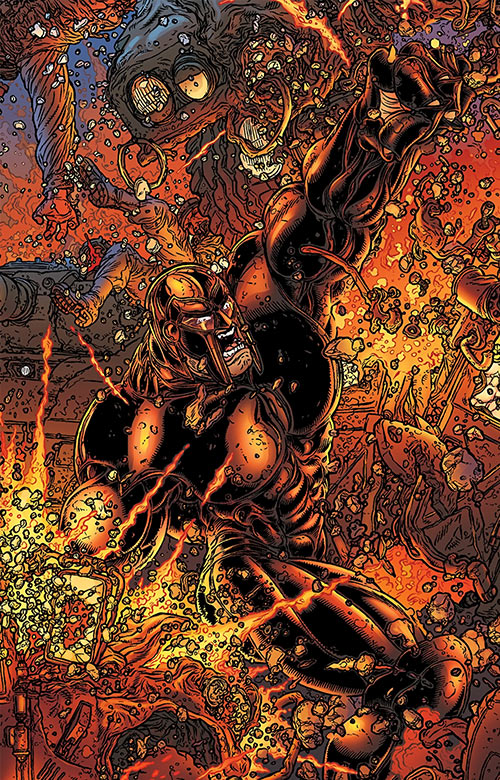 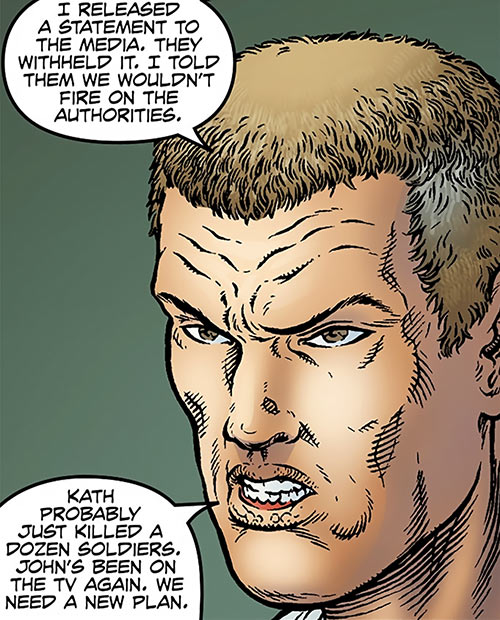