Doorman can turn his body into a portal into the Darkforce  Dimension. If he stands in front of solid objects, people can step into him and exit on the opposite side of the solid object.

While acting as a portal, any physical attacks against him pass through, leaving him unharmed. But if anyone comes into contact with him while he isn’t against a solid object, they are transported into the Darkforce Dimension.

In combat he mainly uses his powers to support his team mates, allowing them to bypass obstacles, or in other creative ways, such as putting his hand over an armoured enemy’s face plate, allowing a team mate to punch them. 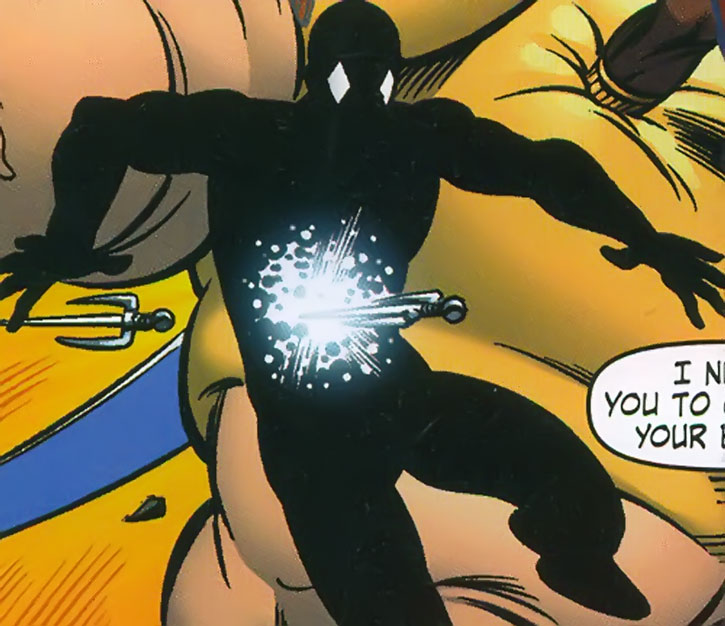 As the Angel of Death, Doorman has gained the ability to fly, by using a pair of skis he can conjure at will. He also has the ability to see and gather up the souls of the recently deceased, escorting them to Oblivion. When gathering souls, he is invisible to the living. One possible exception is Mister Immortal, who could see his predecessor, Deathurge.

He can also become totally insubstantial, passing through solid objects like a ghost.

Having completed four years of college and three of graduate school, DeMarr Davis disappointed his father (his mother having died while he was in college) by choosing to use his mutant abilities to fight crime. He adopted the identity Doorman.

Reading a personal ad for a super-group forming in Milwaukee, Doorman attended and became a member of the Great Lakes Avengers. It wasn’t necessarily everything he’d hoped for, but he quickly became friends with his new teammates. 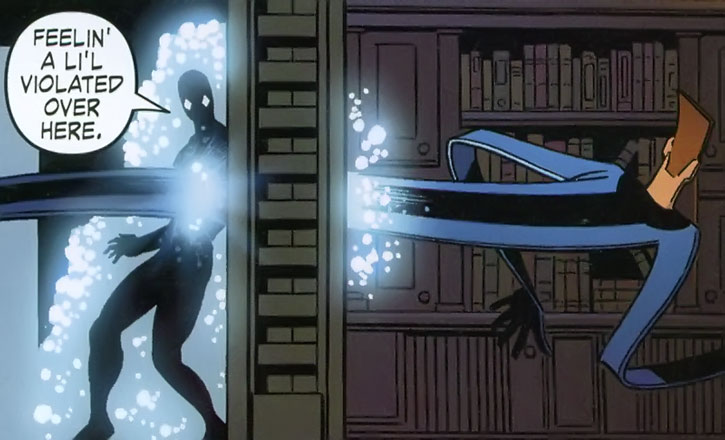 During the GLA’s final battle with Maelstrom, Doorman was killed. His spirit went to an afterlife where he met the other deceased GLAers. He was recruited by Oblivion to replace Deathurge as his Angel of Death, charged with escorting the souls of certain dead to him. He returned to Earth to carry on his life.

The following Christmas his duties as Angel of Death drew him to his father’s house. He spoke with his father — who was unaware he’d killed himself hanging Christmas lights – and DeMarr had the opportunity to make peace with him before escorting him to his afterlife.

Quiet and loyal, DeMarr is usually happy to follow his team mates lead. However he’s more grounded than some of the other members, and does sometimes get exasperated by their excessiveness, cynically comparing them to real superheroes such as the actual Avengers.

He has adapted quickly to his new position as Angel of Death, and seems to be generally accepting, and quick to adapt to, most changes to which he’s exposed.

“I only just got used to being completely ignored. I’m not emotionally ready to be hated !”

Doorman was chosen as new mortal host for the Black Racer.

Prior to his death, Doorman didn’t have the Dimensional Travel, Flight, Invisibility, or Self-Link (Spirit Trave) Powers, the Insta-Change Advantage, the Connection to Oblivion, or his MPR. 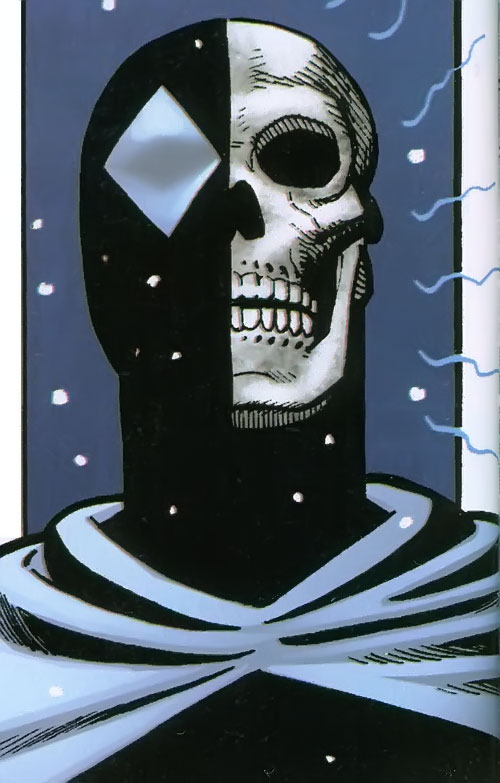 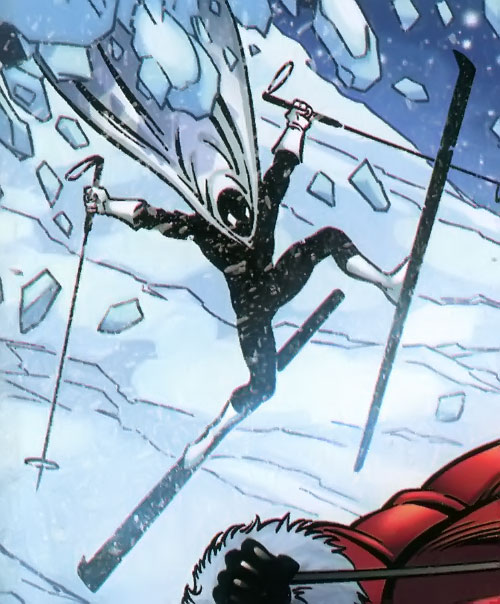