Dormammu is a powerfully-built humanoid dressed in a skintight violet suit, with red and yellow boots, red briefs, a thick golden belt, and red gloves. During his assault on Eternity, his suit was green.

His face is surrounded by flames. However that is not really a personal power but the manifestation of his regency over the Dark Dimension.

Dormammu is a very intelligent entity, although he is not omniscient. In fact, he tends to rush once his usually very slowly crafted plans start running well, a rushing that tends to forge his defeat time after time. He’s also the kind of powerful, classic villain that likes to gloat.

He comes from a dimension where energy is all and appraisal of matter is despised. He and his sister became too materialistic for their homeland and were exiled from it.

The relationship with his sister Umar is a complicated one: she’s at the same time a trustful ally in his conquers and a traitor that profits each of his brother’s defeats to gain personal power.

“Dare you speak the name of Dormammu ?”

“Dormammu shall strike with all of the full phantasmagorical fury at his command !”

In the DC Universe, Dormammu would be a frequent for of Dr Fate and the Justice League. His attempt to take over all Hells could have started the freezing of the main one, an occasion Asmodel took chance of by attacking Earth in the “Day of Judgment” arc.

The flames of Regency

The ruler of the Dark Dimension wear a plume of mystic fire around his head called “the Flames of Regency”. It’s unknown if Dormammu’s Sorcerer Supreme Magic Rank and this “regency” are related or not, and thus we suppose the hindrances of losing each are different.

In this case, Dormammu’s Loss Vulnerability would activate and he would lose his Flame Being Power, that would go to the new Regent.

Dark Dimension to the Earth Plane and back

Dormammu can only cross to the Earth Plane under very special conditions and if banished from there he can’t return in a long while (usually requiring help to do so). It is in fact the way that Dormammu is usually defeated: he is banished.

The Mystic Entities listed as connections for Dormammu will add a bonus to the casting, mimicking or use of the following magic abilities:

Added Invulnerability on top of high Body and the special Regeneration to account for the chance of a heavy hitter running into Dormammu. ”Trans dimensional” has a different meaning as a Bonus in the BoH:SE, so I changed the naming of the Telepathy Bonus.

It seems like Dormammu can teleport through galaxies without needing to change to a different dimension. It feels like Teleport is a power he really has. The current number would allow to travel 500 million light years in a single jump.

Also see our popular Short Guide to Magic in the Marvel Universe article for Sorcerer Supreme rules and the like. 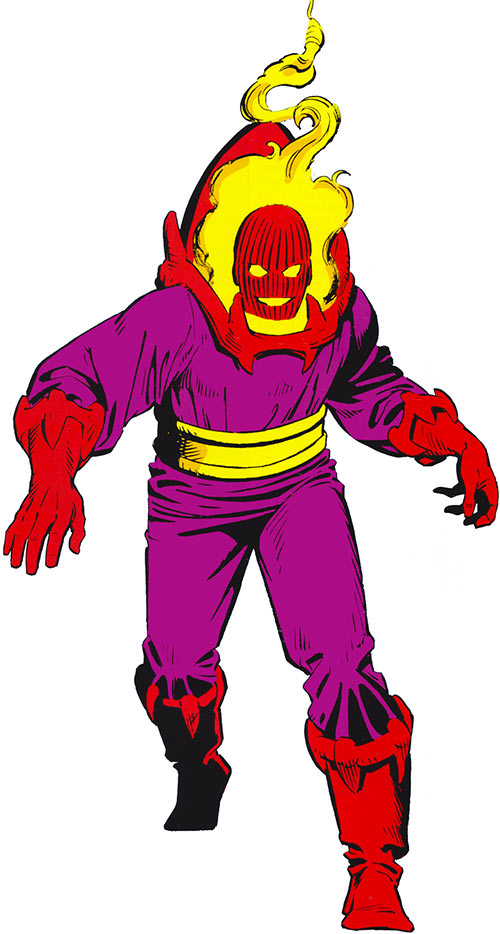 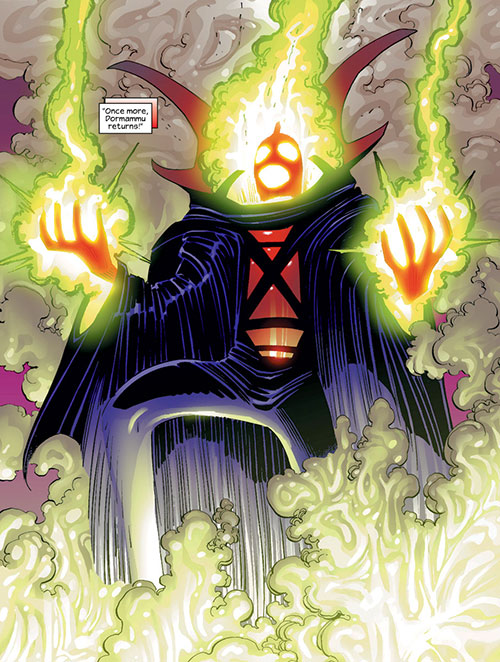 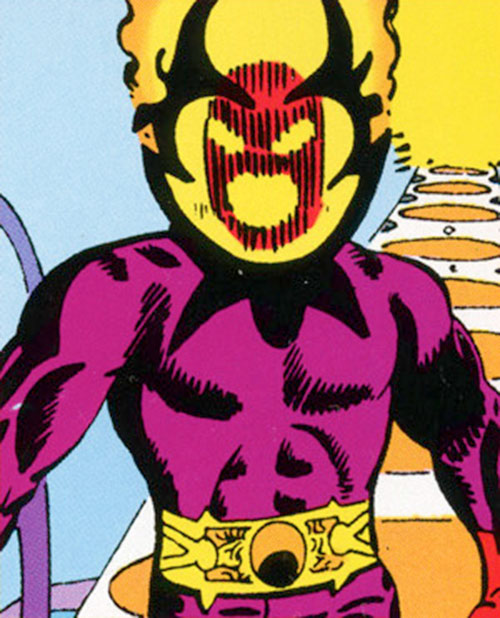