Double Dragon (ダブルドラゴン) is a classic, 1987 side-scrolling, co-op, arcade-style video game. It was loads of fun (by 1987 video game standards) so that led to games, spin-offs, comics, movies and whatever. Apparently the game still sells well on smartphones.

It is a goofy, simple thing that just throws a bunch of 1980s archetypes into a random recipient and vaguely stirs. But since tongue-in-cheek 1980s geek nostalgia is definitely a thing…

Jimmy and Billy Lee are both competent martial artists, studying and training hard.

Their true power, however, is when they clasp hand and concentrate on the power of the dragon. Then they become extraordinary fighters able to defeat hordes of extras in hand to hand combat.

In the year 19XX, half of the world was ravaged by a nuclear war. Violence came to dominate the streets in America. One of the most violent gangs in America was called the Black Warriors, and ruled mercilessly.

Yet two siblings named Billy and Jimmy, trained in the arts of the Sousetsuken and owners of the Sousetsuken Dojo, were brave enough to face the Black Warriors. They taught their martial arts to their city. People gave them the nickname, the “Double Dragon”.

Among Billy and Jimmy’s pupils was an instructor named Marian. She also was Billy’s lover and an officer at the local police department. When she discovered sensitive information about a mysterious crime lord, the Black Warriors were sent in to kidnap her.

Billy came to Jimmy’s place to enlist his help. And thus the Warriors soon knew the fury… of the Double Dragon !

The Lee brothers are very different from each other. Their relationship seems oddly stuck at age eight, and they tend to bicker and argue with each other with very little provocation. When that happen, they have to forgive each other and mend fences, since they are much weaker without the shared power of the dragon.

Billy is serious and dedicated. He does things properly and is a very Lawful Good  guy. He’s of the opinion that his way is the best and the most reasonable, and feels he should be in charge lest the antics of Jimmy cause too many problems. He think it’s obvious Marian loves him dearly.

Jimmy is a happy go lucky, rebellious and reckless youth. He enjoys flamboyant stunts and one-liners, and will take risks just to look cool and stylish. He thinks his way has the most panache, and feels he should be in charge lest his ponderous, slow-thinking brother cause too much delay when troubles arise. He think it’s obvious Marian is more attracted to him than to Billy and will ultimately chose him.

Jimmy: “You know how Bill gets about stuff sometimes”
Billy: “We have *not* yet completed our kata, Jim.”

Billy and Jimmy could have been recruited by detective Montoya during the Gotham crisis to join the Blue Boys gang (descended from the GCPD) and help securing areas by training locals.

When she was captured by the Penguin, Billy and Jimmy got her out of predicament, fighting various enforcers sent by Cobblepot.

Advantages:
Dream Team (Each other, no known rupture condition), Insta change (only if they can touch hands), Lightning Reflexes.

While they do not normally go armed, a common tactic is to pick up weaponry from fallen foes or convenient items and use them for a little while before discarding them. Common such weapons are :

The brothers’s Loss Vulnerability triggers when they are no longer willing to work together – which happens surprisingly often. Not only does such a disagreement mean mechanically losing the benefits of the Dream Team Advantage and suffering the effects of the Synergy Drawback, but the Vulnerability further means :

Source of Character: Double Dragon arcade game (Japanese version), plus the comic book. Input from the cartoon and movie are limited to one quote that was too lamentable to pass up. 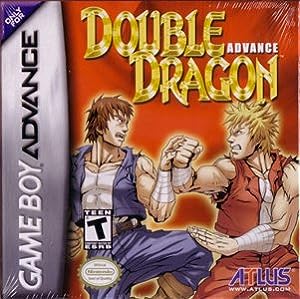 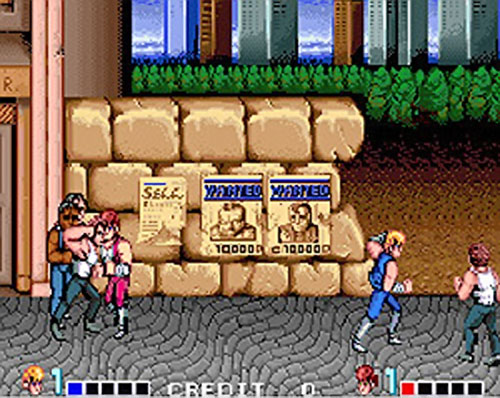 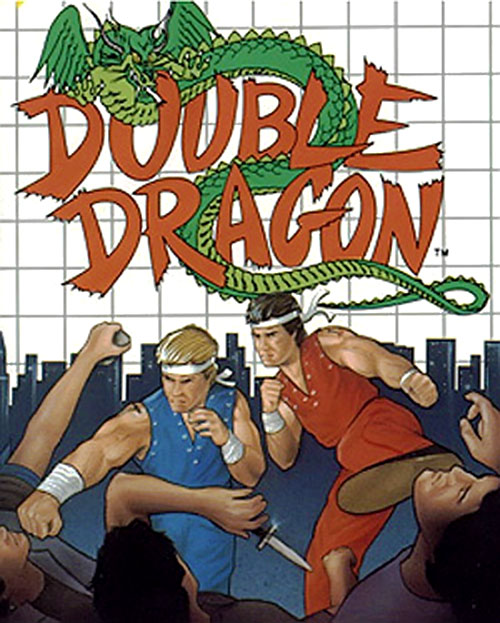 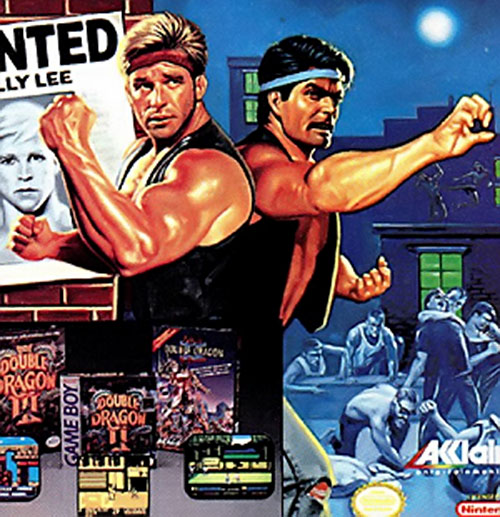 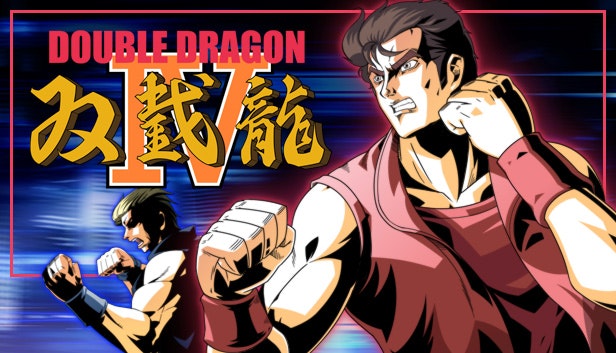