This is a first draft for community discussion, which isn’t complete.

In a double-scale game (“DSDCH”), the eight ideas behind DC Heroes are adjusted thus.

In a double-scale game, the quantity under consideration doubles every two APs rather than with every AP. When adding a single AP, multiply by 1.5 and round down.

Technically, adding one AP to a quantity multiplies it by 1.4125. Yes, many of you spontaneously assumed a multiplier of 1.4142, but this is actually 1000 raised to the .05th. See the FAQ – Answers from the designers article if this difference of 0.0017 is disturbing to your essence.

This results in the following (simplified) Effect Chart. See Blood of Heroes: Special Edition p.134 for more about the Effect Chart.

“Multiplier” is an approximative value for simplicity’s sake. ”Real” is the actual value to two decimals, for those people who really like numbers. Ignore it if you don’t.

Since you’re reading this you’re probably an experienced DCH hand. So you already know that, in practice, the exact multipliers aren’t really used. People just look at the “APs And The World” chapter’s tables.

As a result, double every AP score to work on the new scale. So yes, iconic Superman is back to his STR of 50 like in ye olden days (and a BODY of 36, if we stick to his iconic Mayfair stats).

This means that the granularity has doubled. Thus, characters who could either have been a 05 or a 06 in the old scale can now simply be an 11, as the halfway point between 05*2 and 06*2.

This gain in granularity allows us in turn to recompress the human scale for high-end STR and BODY.

This in turn leads to a new BODY scale. Note that the EV of weapons doesn’t get compressed, unlike human-scale STR and BODY. So weapons are more dangerous in street-level games.

The compressed BODY scale also mitigates the issues with BODY scores often being above STR scores for human-scale characters.

In the same vein it allows for avoiding inflation at the highest end of the Martial Artist Skill to turn the 1-11 space into a 1-20 scale rather than a 1-22 one.

In double-scale DCH, you roll 2d20. Because all the things are doubled.

If at least one d20 produces a natural 7, you can roll again and add that to the result of the previous roll. This is the replacement for rolling doubles.

Rolling a pair of ones remains an automatic failure. Though this is less likely on 2d20 than on 2d10.

All values for roll-under and roll-over thresholds are doubled. Thus, a Reliability Number of R#3 would become a R#6. The Resistance Number for a MIF of pink rubber duckies  is no longer 5, but 10.

The few instances of straight bonuses to the Dice Roll are also doubled. Chiefly, that means the Dart Bonus for equipment. In fact, one could offer more options – a +1 bonus for two projectiles, and a +2 bonus for four projectiles.

The double-scale Action Table now has each AP as its own Column, and as its own Line. Rolling 2d20 instead of 2d10 gives us enough of a numbers space that there can be significant differences in probabilities for each AP.

Column Shifts that result from an Action Check now start with a roll of 22 rather than 11. They are counted in the same way than before.

In this spreadsheet for now .

The main difference is in applying “canned” Column Shifts. These are the shifts that are set before the roll takes place. Typical examples are using Combat Manoeuvres, or the Universal Modifier Table.

Each such Column Shift is now translated as 4 APs. So if something is deemed Difficult on the Universal Modifier, the +2CS penalty to the OV becomes a 8 APs increase in the OV.

This of course allows for more granular manoeuvres, if desired. For instance, a by-the-book Critical Blow Manoeuvre is +2 CS OV, -3CS RV. On the double scale this becomes a +8 OV, -12 RV modifier.

This means that there is now room for a Master Blow Manoeuvre which represents a +4 OV, -6 RV modifier. Or even a Telling Blow Manoeuvre at +2 OV, – 3RV. If that’s your thing.

The downside of this approach is that it loses the Columns, now that each AP is its own Column.

This makes everything more granular, but Columns made sense for superhuman APs. In the comics, there isn’t *that* much of a difference between a STR 16 and a STR 18 (32 and 36 on the *1.5 scale) and having on the same Column made sense. On the other hand, I’m not convinced it’s actually *useful*…

…except for making the tables smaller. That was an advantage.

To be computed. It’s real boring to do and right now I have a nausea problem.

As you can see, the ratios are intact (it takes as many HPs to LDD a single RAP as before), but the fixed quantities are doubled (doing a Desperation costs twice as much since you have twice as many Hero Points).

APs And The World – human-friendly values

Here are the tables people will actually use.

There have been two recalibrations :

APs And The World – full version

And here’s the table with the exact values.

By Sébastien Andrivet, with a copyright and everything. No, wait, *two* copyrights. Possibly more. 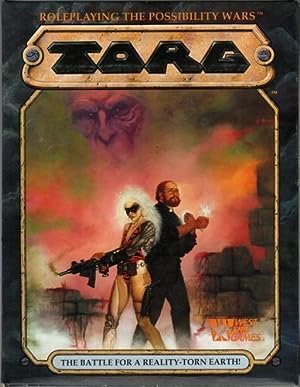 Technically WORG Guy should be twice as tall in this article, but I don’t have the room. Please get a bigger screen.