Vlad Giurescu is a former member of the Romanian secret police, the Securitate . Nicknamed “Dracul” for his large dragon tattoo, he was known even among them as a hard man, a killer, a sadistic torturer, a ruthless death dealer.

When the Ceauşescus fell , he was outside the country. “Dracul”was attempting to terminate a rebellious Securitate member, Radu Stancu. Stancu became the first man to escape him during a confrontation in Vienna. However, Stancu was forced to leave his beloved wife behind, to be tortured and murdered by Giurescu.

During that fight, Stancu took out Dracul’s left eye with his own knife.

Dracul went on being a successful assassin, with a reputation for always getting his man. Yet he couldn’t leave the Stancu failure behind him. He eventually located his old colleague in America. Dracul warned Stancu by putting a bullet between the eyes of the face drawn on the window of Stancu’s shop.

Frequent shopper Kyle Rayner offered his help. Although Stancu refused his help, Rayner assisted him as Green Lantern anyway. During the confrontation, Green Lantern was badly shot. However, the distraction allowed Stancu to push Dracul over the ledge of the roof they were fighting on.

Dracul was apparently killed by the fall, and Stancu helped the shocked Rayner to his place for first aid.

An evil, sadistic villain wit no redeeming feature. He enjoys torture and death – especially torture. And fear. He enjoys any occasion to use his knife, usually preferring it over his pistol.

“Ah, Nicolae and his fat cow of a wife. Such a mundane end. Dragged out and shot like common thieves. They showed it on television. I should thank Nicolae for being executed. It allowed me this… career opportunity. I have wealth, women. Everything.” 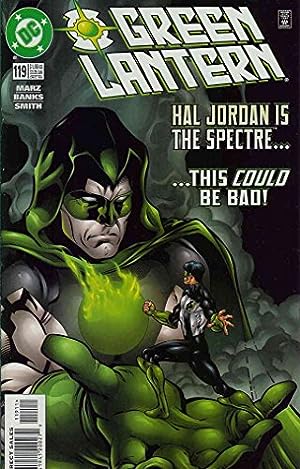 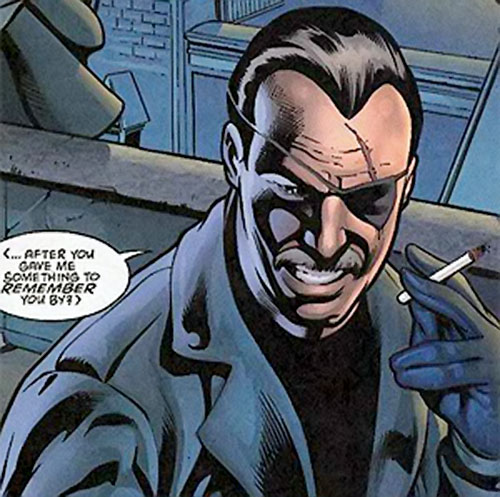