Dragon Man is a biological juggernaut. He is monstrously strong and durable, can breath flames hot enough to melt or even vaporize most metals, and is able to fly.

Dragon Man was a synthezoid  case study created by Professor Gilbert. It was never supposed to come to life. Unfortunately, the alchemist Esteban Diablo gave him the spark of life and used the creature as a pawn against the FF.

He’s since been regularly stolen from Gilbert, generally to act as a pawn or even a mount for various super-villains. He fought Diablo, the FF, the Avengers, Hercules, Namor, Captain America, the Hulk, Spider-Man. His creator sometimes work with him at Disneyland when he need funds or when he has to walk the dragon.

Dragon Man is a reptilian, semi-erect humanoid, with a tail and reptilian wings. His overall look is that of a dinosaur turned man. 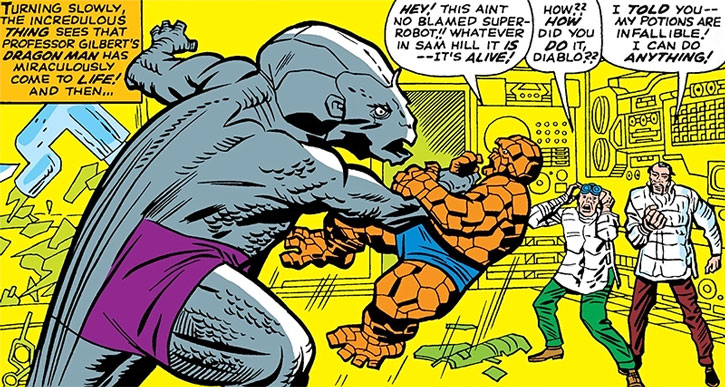 He wears preposterous red briefs, presumably so as to avoid making other dragons jealous (dixit Dave).

Dragon Man is very young, almost a baby, and has a mean streak. Basically things are either “nice” (including his creator, Susan Richards or the Power Pack kids) or “not nice” (whatever hurt him), and he reacts accordingly.

His learning ability is extremely limited, as are his communication skills (but he can roar with the best of ’em). He has very little control over his strength. 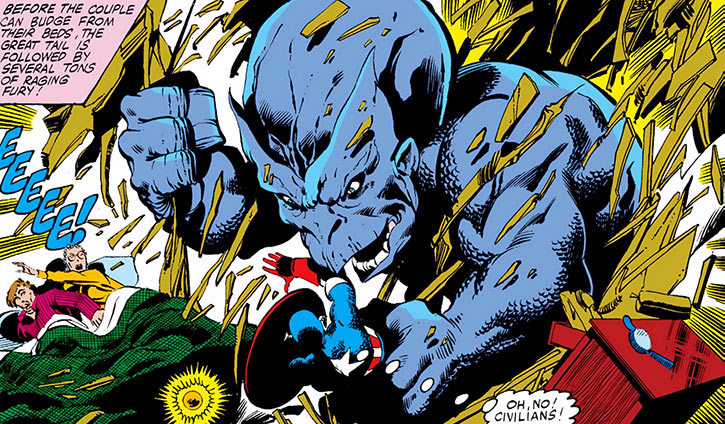 Dragon Man has an alarming tendency to follow the orders of anyone who does not treat him harshly. Also, like any self-respectin’ giant monster, he has a fondness for attractive women. He will generally not attack them unless provoked, and may even try to capture them just to have them near him. 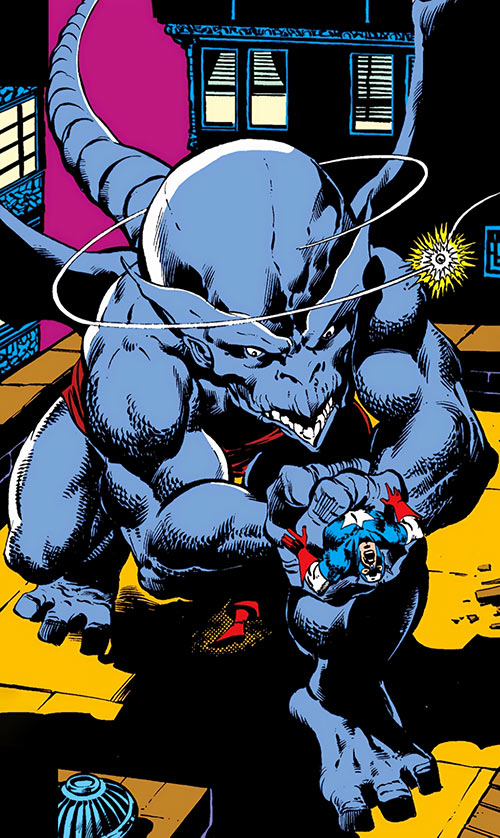 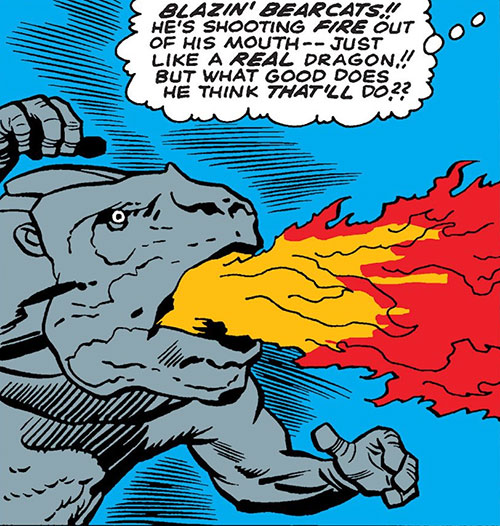