Dragon is a black belt martial artist with a nunchaku, and a professional mob enforcer.

He’s basically a minor Bruce Lee expy , and moves very quickly in combat. Yet the Moon Knight proved to be far more proficient and powerful.

Dragon might be a Chinese man with a strong interest in Japanese martial art. Or he’s Japanese American and the Committee people, this being the early 1970s, could not tell the difference between Chinatown proper and the Chicagoan Japanese-American community. 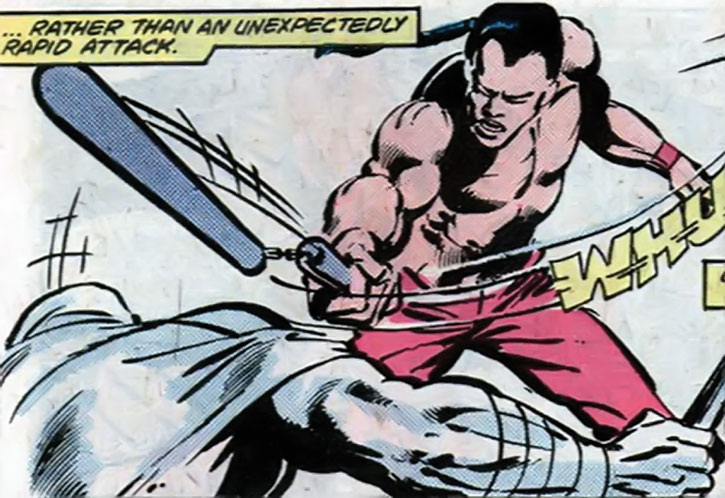 He banded with Razor, another one of the hitmen (and a fellow close-combat expert). This pair let word circulate that they were in town and patronising a given bar. Moon Knight followed up on their little trap and they had him were they wanted.

At this point, they discovered they were completely out of their depth against the white-clad adventurer. They were beaten up and thrown to the police.

Dragon does not speak much. He is downright silent in combat – only replying with a creepy, threatening grin. 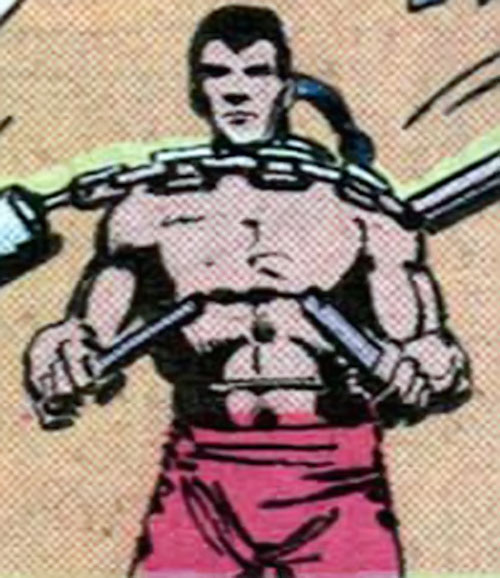