The Rising Sons are a small, mostly low-powered mercenary super-gang. They only appeared in one Generation X storyline, in 1999.

Dragonwing is a quasi-shapeshifter. He can substitute parts of his anatomy for dragonlike body parts. He can thus gives himself with :

Spoilsport and Dragonwing the only white member of the gang. They might be runaways from a High Town White family.

Dragonwing is the leader of the Rising Sons, but does not seem to be smarter or more charismatic than the others.

Bonuses and Limitations:
Animal mimicry is limited to dragon-like creatures (-2). 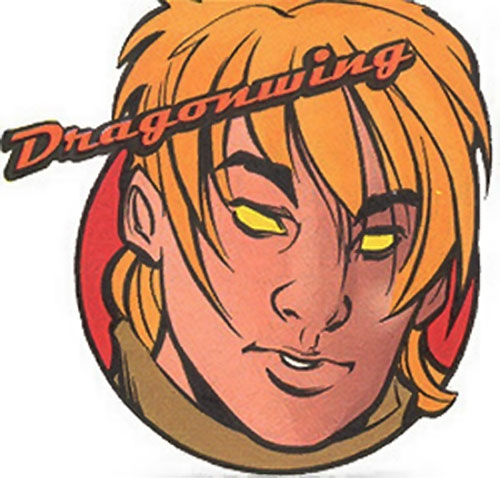