Dreadnoughts are big, heavily armoured, and programmed with an excellent level in American boxing. Their arsenal includes :

Dreadnoughts are combat robots created by HYDRA. The first working Dreadnought was used in an attempt to kill Nick Fury, which almost succeeded.

While HYDRA is the main user of Dreadnought robots, Madame Masque stole the designs a few years after the attempt on Fury’s life. As a result, they were soon available to the Maggia. Maggia attempted to improve on Dreadnought robots by creating what they called Silver Dreadnoughts, but AFAIK it wasn’t much of a success.

There’s also a newer, bigger and more powerful generation of Dreadnought called Dreadnought 2000, built by AIM, on which I have too little data.

Dreadnoughts could easily used by any mid-level criminal group such as the HIVE.

Sometimes, Dreadnoughts are powerful combat robots as outlined above. But sometimes they’re much more fragile and less efficient/ Presumably the writer just needed a combat robot and didn’t look up the actual characteristics of the Dreadnought class. “Shoddy” Dreadnoughts have the following stats : 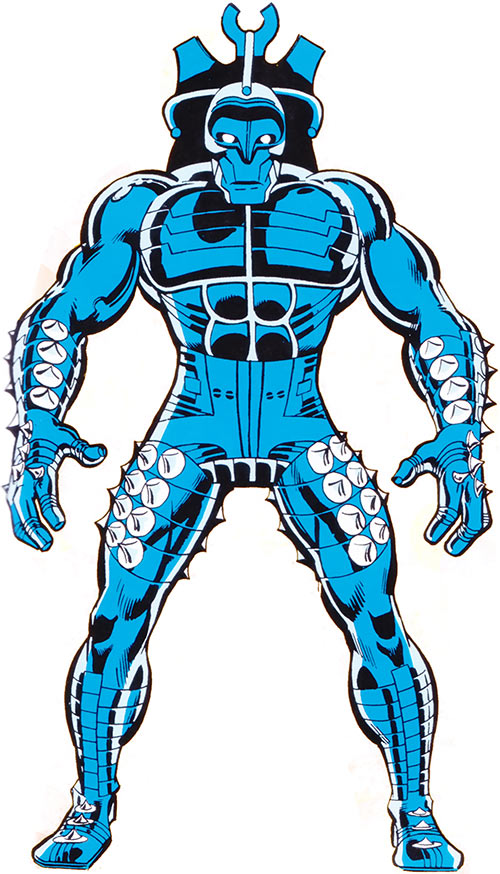 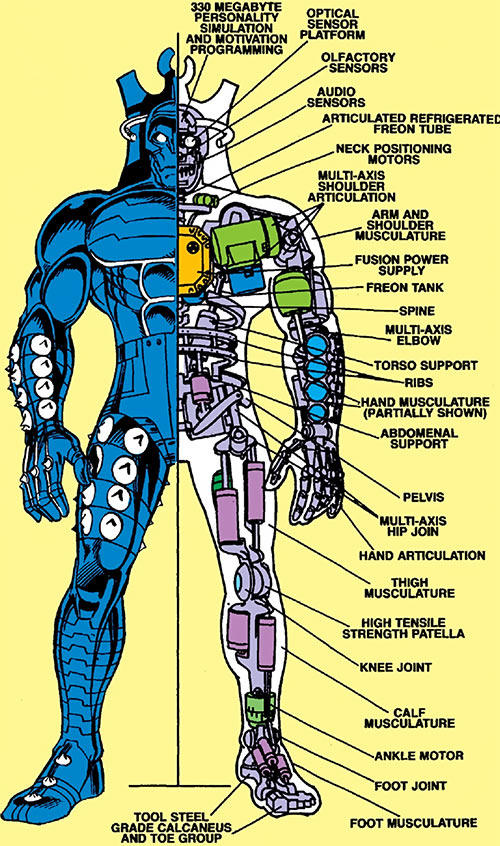