Dream Girl is a native of Naltor, where nearly all the natives possess some measure of precognitive talent (in DC Heroes RPG terms, Precognition). Nura, in line to be a future High Seer, is acknowledged as the most far-sighted of her people. She is certainly the most gifted of her generation and among the most powerful Naltorians of all time.

Like all Naltorians, however, her power is somewhat erratic, responding only sluggishly to deliberate attempts to peer into the future. When asleep or in a self-induced trance state, her mind relaxed and free to range without direction, her time-sight powers enable her to see portions of the future as far as a year in advance.

These are often small glimpses, subject to misinterpretation out of context. But Dream Girl is also highly intelligent and practiced, able to form patterns from these small visions that make up a true prophecy.

Used in the short-term, she can catch glimpses of what her opponents are about to attempt in combat, enabling her to react with tremendous speed and foresight in battle (Enhanced Initiative).

Dream Girl is a well-trained scientist, and is particularly skilled in Naltorian bio-technology (Gadgetry, Medicine, Scientist, Familiarity). Through her sister, the White Witch, she has gleaned some knowledge of the mystic arts (Occultist subskills).

She is cleared to fly all Legion craft, and completed the Legion’s personal combat training with honors, becoming the team’s most formidable non-superhuman fighter (Vehicles, Martial Arts). Dream Girl’s irrepressible self-confidence, strong will, and quick wit make her a gifted leader (Leadership).

Dream Girl uses the normal personal equipment of Legionnaires. She can fly using her Legion flight ring, and is one of the few Legionnaires to make skilled use of its ability to create anti-grav fields around objects she touches. She can survive in space wearing the Legion Transuit, and communicate telepathically with her Telepathic Earplug.

Nura Nal, daughter of a High Seer and scion of one of Naltor’s most prominent families, was singled out early in life for special attention. On a world of prophets, the pretty little girl was already showing signs of becoming one of the most accurate and far-sighted in the history of that world’s people.

Conversely, her little sister Mysa showed no foresight, and was largely ignored or shunned by other Naltorians as a result.

Nura reveled in the attention and enjoyed being known for both her prophetic and scholastic achievements. But she also worried for her sister and sought to protect her, particularly after their mother died. Mysa, however, rejected any suggestion that she was a cripple needing protection, and decided to strike out on her own and seek her destiny beyond Naltor.

With the permission and blessing of Beren, Kiwa Nal’s successor as High Seer, Mysa went to Zerox, the Sorcerer’s World, and was accepted as an apprentice mage.

Nura, meanwhile, became Beren’s disciple even as he had been her mother’s, and was tagged as the eventual successor to the role of High Seer. Indeed, most of the matriarchal Naltorians were eager for Nura to reach adulthood and supplant Beren so that a female Seer would lead them again.

Nura then began manipulating Legion by-laws so that the members she saw die in her vision were suspended or expelled so they could not go on the mission which would cause their death.

Nura did not explain her actions, believing that the heroic Legionnaires would refuse to believe her warnings and would want to confront the danger. As a result, many Legionnaires were suspicious of Nura and were afraid she was out to ruin the team.

Dream Girl’s vision turned out to be a distortion of the facts. It was only Legionnaire androids who were “killed” in a decoy mission which Nura would have known about, had she gone through the normal orientation for a new member. She neglected this orientation, however, because she was concentrating on learning the Legion by-laws so that she could pursue her plan.

Chastened by her error, Nura resigned in order to work on perfecting her powers further.

However, Nura decided she liked the vibrant and energetic life of Earth, and chose not to return to Beren’s tutelage. Instead, she practiced her powers as a member of the Legion of Substitute Heroes, and strengthened a budding romance with Star Boy, temporarily a Sub during his expulsion from the LSH. During this time, Mysa ran afoul of Mordru and vanished from Zerox.

Eventually, Dream Girl and Star Boy rejoined the Legion, again under false pretenses, this time as Sir Prize and Miss Terious. In battle against Prince Evillo of Tartarus and his Devil’s Dozen, the two proved their worth. Nura even found and saved her sister Mysa, with the use of an Occult Ritual taught her by one of Mysa’s former Teachers.

Over time, Dream Girl has emerged as one of the Legion’s most intelligent and resourceful members. While her power was certainly among the “weakest” and least reliable on the team, Nura, unused to anything less than excellence, sought other ways to contribute to the group.

Lacking physical power, she began a dedicated study of Legion combat training. Her progress was slow at first, but as she has grown more confident in this area she has emerged as perhaps the team’s most formidable non-powered hand-to-hand combatant. She served successful terms as Leader and Deputy Leader, even shepherding the team during the Great Darkness. 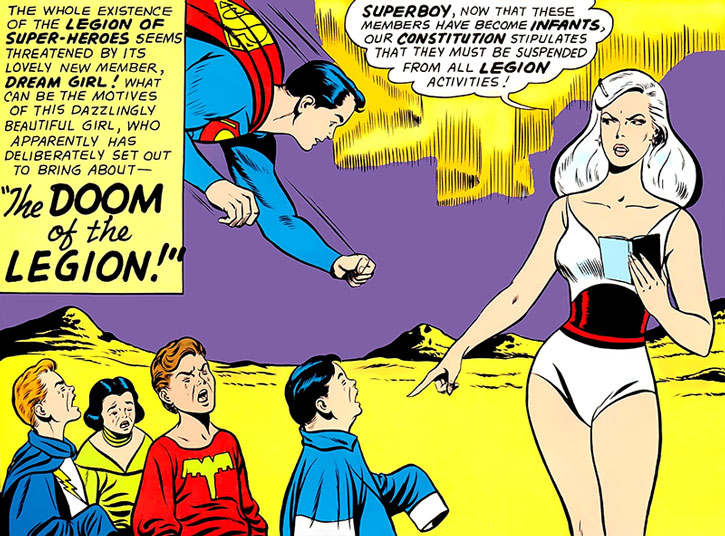 However, as she became more self-reliant, her relationship with Star Boy suffered, particularly as Nura proved to be unfaithful to him on a number of occasions. The most spectacular and unbelievable indiscretion was with Atmos, the one-time champion of Xanthu, whose dereliction of duty required Star Boy to resign from the Legion and return to Xanthu.

Meanwhile, Dream Girl continued her affair with Atmos, dominated sexually and psychologically. For the first time in her life, Nura Nal, siren of Naltor, was in a relationship where she was not in control. She even left the Legion and went back to Xanthu with Atmos.

Dream Girl remained with Atmos until the Magic Wars. During that chaos, she realized the direction her life had gone and concluded that Atmos must have had some hypnotic power which clouded her thoughts and her judgment. There is no evidence to support this assertion. Whatever the truth, Dream Girl left Atmos and returned to the Legion in time for the final battle with the Archmage.

A drop-dead gorgeous woman, “the Siren of Naltor” is voluptuous, with platinum hair and bright blue eyes.

She nearly always wears white or silver. Her costumes are little more than bathing suits with boots.

Dream Girl, the most beautiful and alluring Legionnaire, enjoys playing the flirt. Brassy and free-spirited, she has great self-confidence and great shamelessness, along with a quick wit and tremendous intellect.

Despite appearances, she is very dedicated to the Legion. In times of emergency, Nura is capable of great seriousness and focus, and can also show impatience with teammates who are less quick-witted and capable than herself.

Most of the time, she is not at all serious. She has a hedonistic streak a mile wide, often complaining about being sent on missions to planets where she can’t get her regular beauty treatments and pampering sessions. She is, however, very effective at getting what she wants.

Dream Girl: “No one on Naltor is ever late. Being early comes naturally when you can glimpse the future.”
Sun Boy: “I don’t think I’m going to try to understand.”

“Well, Legionnaires—this is the battle I foresaw. Now it’s all up to you to prove me wrong — win !”

“Oh, Brainy—Star Boy’s away—do you know anyone else who’d enjoy my company ? Hmmm…”

“Watch out, everyone—in eight seconds the lasers will all fire at once ! Duck !”

A Legionnaire once more, Dream Girl began to put her life back on track but was ultimately unable to reconcile with Star Boy. And, after the tragic events of Black Dawn, Nura finally gave up the life of a Legionnaire for good, answering a summons to return to Naltor and accept the position of High Seer.

Naltor, like all the UP, was suffering the effects of the Great Collapse which the Magic Wars precipitated. Four years of her leadership have enabled Naltor to fully recover. It is once more one of the most stable, prosperous, and influential worlds in the UP.

As High Seer of Naltor, she is the equivalent of the Prime Minister on Naltor’s Council of Seers, responsible for introducing legislation and for seeing that it is carried out. She is thus the most important member of the legislative body as well as the planet’s chief executive.

The High Seer also functions as Chief Justice, the final refuge for Naltorians appealing the judicial process, by virtue of her ability to see the future consequences of her decisions. (Of course, few appeal to her, as their own precognitive gifts usually allow them to anticipate their fate.)

Additionally, the High Seer sits on the UP Council; Naltor’s wealth and influence makes the Seer’s voice one of the most important.

Nura herself seems a bit less stable. Nal is now out of shape and has put on weight. Her trademark silver-white outfits are often too tight, as if she is refusing to admit that she has aged or that her physique has declined. Her drive and confidence have waned slightly, though she will not admit it, even to herself.

It is likely that her estrangement from Star Boy and his subsequent marriage have contributed to this decline, as she covers grief with exuberant hedonism. She has become a bit of a lush. Despite this, she remains an effective leader, dedicated to the common good and to her friends, especially her sister.

There’s a post-Zero Hour version of Nura, a narcoleptic called Dreamer, in the current DCU. The original Dream Girl would likely show up only via Hyper-time . However, there were other ways to fit the original 30th century into the post-Crisis DCU without a re-boot — and I don’t mean using a pocket universe, either.

Probably the most essential need is to have Clark Kent in the Legion as Superboy, even if he was never a Superboy in the 20th century. Have the LSH meet a teenage Clark Kent and invite him to the 30th century to become a Legionnaire, honorary or not as you please, as Superboy.

With that in place, the Legion’s pre-Crisis history can be as intact as you want, with the caveat always in place that inconsistencies are due to imaginary stories or chronicler’s errors—or even 30th century cartoons.

These were Dream Girl’s stats as a member of the Substitute Legion.

Bonuses and Limitations:
Miscellaneous: Precognition is used at GM discretion. Non-intentional, GM decreed attempts proceed normally. If Nura tries to use her power deliberately by entering a waking trance, it is treated as Pushing the Limit (+5 CS to OV and RV). If she takes the time to enter a sleeping trance (minimum of at least 1 hour or 10 APs) it is only a Strenuous Action (+3 CS to OV/RV) (-3 FC).

After the five-year gap

Use these stats for Nura Nal as the High Seer.

A word about Dream Girl’s Precognition—at 23 APs, with a Limitation that it is under GM control, this power is basically a Plot Device.It allows the GM to foreshadow, to give clueless PCs hints, and to just generally mess with the players’ heads.

Keep in mind, though, that the +5 CS penalty to OV/RV on deliberate Precog attempts still gives the character (effectively) 10 APs of Precognition that can be used at her discretion, which is nothing to sneeze at.

This is also the rationale behind Enhanced Initiative—it reflects Dream Girl’s ability to predict an opponent’s immediate actions, demonstrated on a number of occasions—against Mystelor, Omen, the Persuader, and during the Universo Saga, among others. 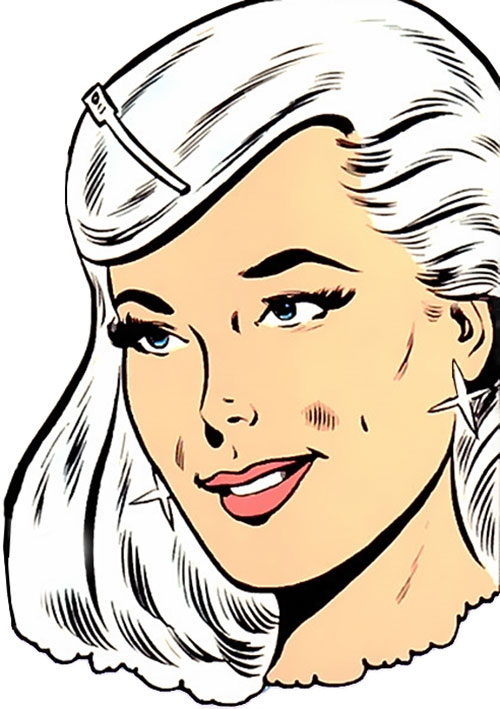 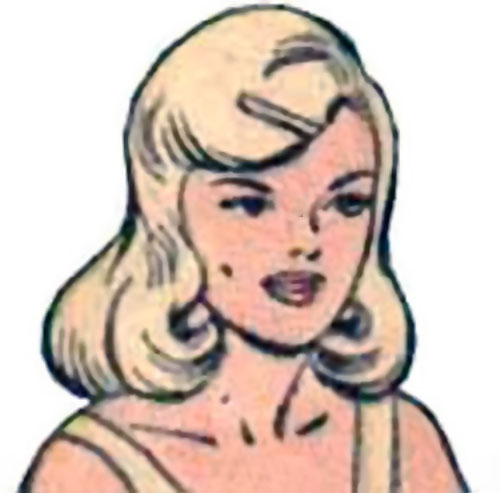 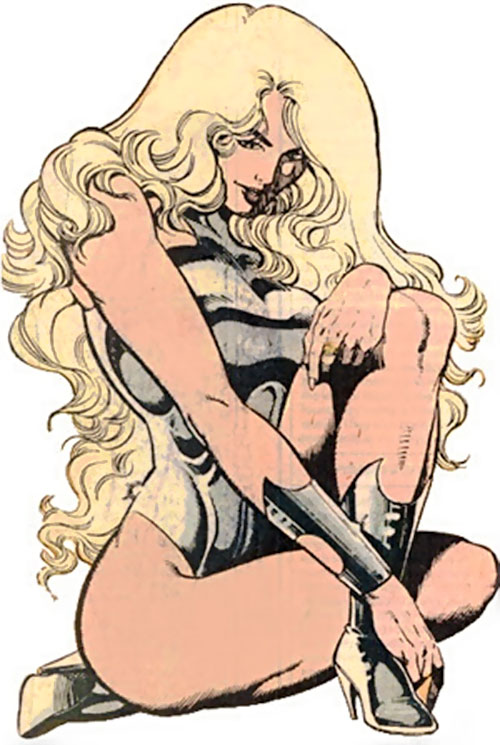 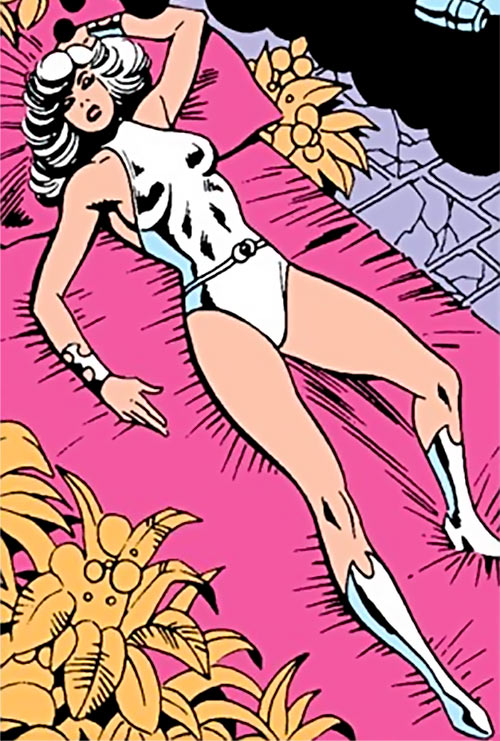 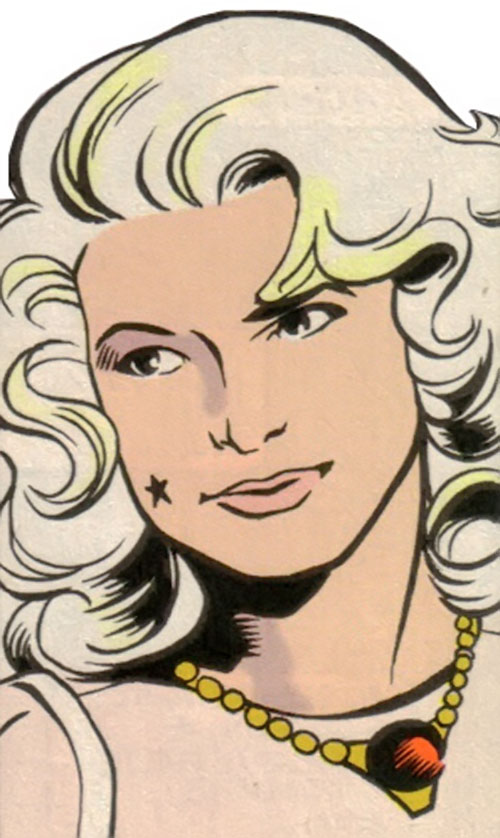 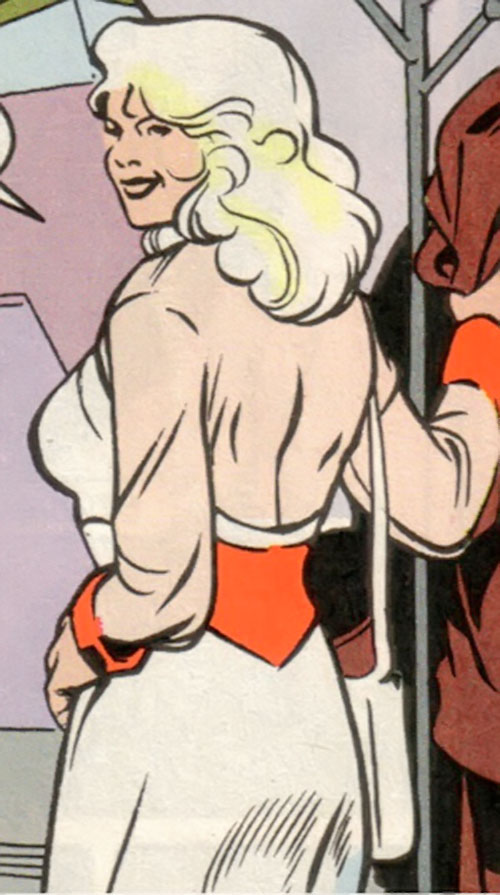