The demonic entity Dreamslayer has sorcerous abilities. The full extent of these are unknown, but it regularly:

It needs a human host to operate outside its own dimension, and prefers weaker willed ones who are more susceptible to its control. The Host it has currently been forced to bond with, Louise Marino, has a stronger will than it would like. Thus, it can only try to influence her.

Dreamslayer is a demon who posed as a god. From there, it gathered a following of worshipers to bring it forth in a material vessel. It selected former convict Louie Marino from its congregation. The demon then murdered his other followers to gain the power to manifest, but was stopped by Lord Havok.

As a result, Dreamslayer was transferred out of Louie and into his sister Louise. A nun, Louise had always had to help her brother out when he made a mess of his life. Lord Havok convinced her that her stronger will would enable her to better control the demonic entity, so she agreed to host it.

Later on, the United States of Angor became incensed at Lord Havok’s taking over of Slovekia and executing its the royal family. President Americommando threatened invasion even without the sanction of the International Council.

Gathered in Slovekia, the Extremists captured the multiverse-travelling Challengers from Beyond. These were Jason Todd, Donna Troy, Kyle Rayner, the Jokester and “Bob” the Monitor. The Extremists mistakenly believed them new members of the Meta Militia. They were disabused of this by the arrival of Barracuda, their spy within the Meta Militia.

Soon after, Monarch appeared with some of his cross-dimensional super army, inviting them to join him. They refused, and a brief fight ensues between the Extremists, Monarch’s army, and the escaping Challengers. In the fray, Barracuda was killed. The Challengers escaped, and Monarch withdrew, making a temporary alliance with Americommando.

When Tracer was badly beaten by Monarch’s troops, Lord Havok recalled the Extremists to Slovekia. There they waited while the Meta-Militia fought through Lord Havok’s army of Havokoids. The invaders were further delayed by having to to break through the force field surrounding Slovekia. 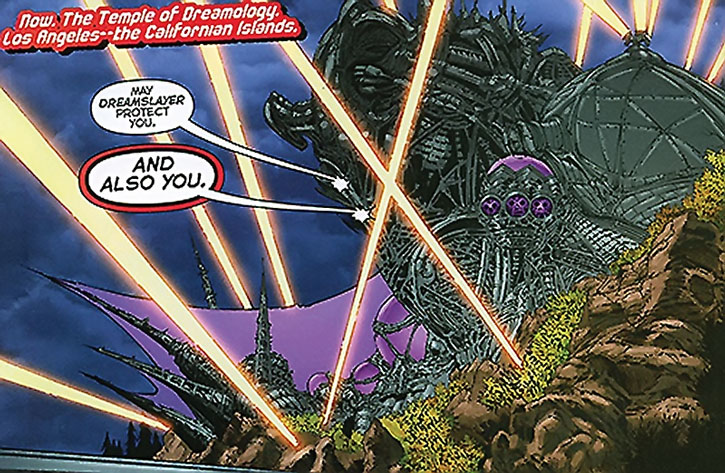 Tensions among the group escalated as attacks were made on places close to them. For instance, the Temple of Dreamology was destroyed by Monarch’s forces. This left Louise worried that she wouldn’t be able to control Dreamslayer, and reluctant to turn back into him. When she eventually had to, her fears proved true. She butchered a number of their foes.

The Meta-Militia, led by Americommando, and aided by Monarch, broke through the field surrounding Slovekia. The remaining Extremists fell quickly before them. Meanwhile Lord Havok remained ensconced within his lab.

From the jaws of defeat

The invading force finally burst in. They entered a large empty room which neutralized the powers of all within except the Extremists; These had freed themselves and followed the invaders in.

The only enemy survivors of the ensuing slaughter were Monarch, and President Americommando. The latter was taken down by Vice-President Bluejay, who’d turned against him in the earlier battle. Bluejay believed that Americommando had taken Angor in the wrong direction. Returning (most of) Monarch’s power, Lord Havok agreed that the Extremists would serve him.

Joining Monarch’s army, the Extremists were thus part of the invasion of Earth-51. It eventually went bad when Superman-Prime arrived. He breached Monarch’s armour and causing an explosion which annihilated all life.

Before it could take them, though, Lord Havok used the fragment of power he hadn’t returned to Monarch. In this way he could teleport the Extremists safely back to their own universe.

There they took up residence in a base he’d constructed within the moon, from where he could observe the Multiverse and make plans.

Dreamslayer appears to revel in chaos and destruction for its own sake. Its only goal seems to be gaining its freedom to fully revel in these.

Heavily conflicted, Louise has to deal with her own faith, being figurehead of another faith, and the fact that she’s host to a being of evil. This leaves her alone, with only Tracer to turn to for comfort and support.

Even so, she can’t help feeling some resentment for the life she’s lost. Yet she has to keep her feelings in check so that Dreamslayer doesn’t use them against her.

Dreamslayer (appearing within his temple): “Your prayers have been answered, loyal servants, your god is here.”
The faithful: “Praise be Dreamslayer !”
Beep ! Beep ! Beep !
Priest 1: “Is that you ?”
Priest 2: “Not me. I shut my cell phone off before the mass. Who— ?”
Dreamslayer (sighs ; answers phone): “Now is really not the best time. What is — I’ll be right there.”

Dreamslayer is a counterpart of Dormammu in the Marvel Universe. Therefore, the Extremists might do best as being from an alternate reality.

Alternatively, Dreamslayer, being less powerful than Dormammu, could be an agent of his. He could be a pawn sent to Earth to cause havoc as part of a larger plot.

“As I predicted, it was only a matter of time before my brother screwed things up and I would have to bail him out. And I did… forever condemning myself to a life of a demonic co-existence in the process.”

As the host for a powerful demonic entity, Louise has to exert her will to maintain control over it. She thus ensures that its actions aren’t as bad as they would be were the demon allowed complete control.

In particularly stressful situations, such as when those close to her have been injured or killed, the demon will try to assert its dominance. Louise must then fight for control (make an IA roll). If events conspire to be particularly stressful (multiple incidences such as Tracer being badly wounded and the Temple being destroyed) the severity of her IA may increase.

Louise has claimed that without the faith of the devoted of Dreamslayer, she can’t maintain control as easily. This may have been the effect their deaths had on her rather than any actual reinforcement from their faith. Or it may have been that her IA would naturally be a step more severe without their faith (GMs discretion). 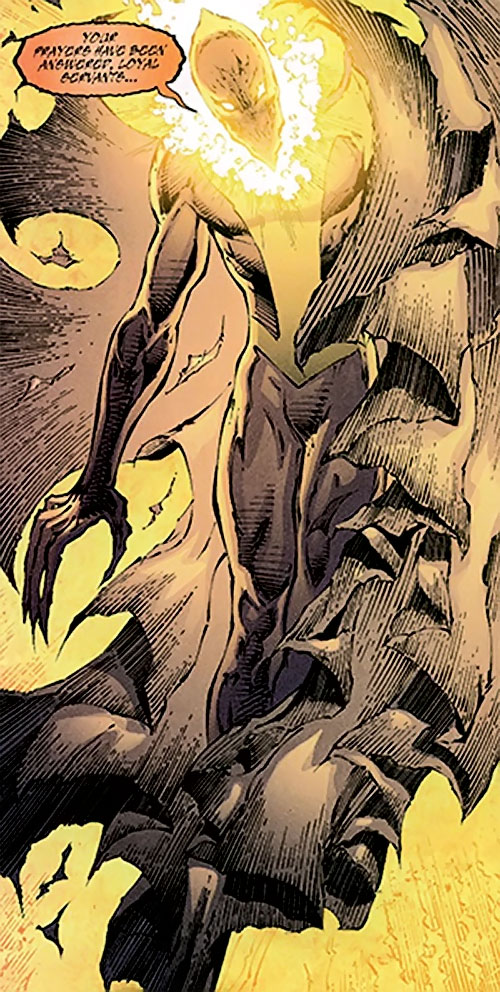 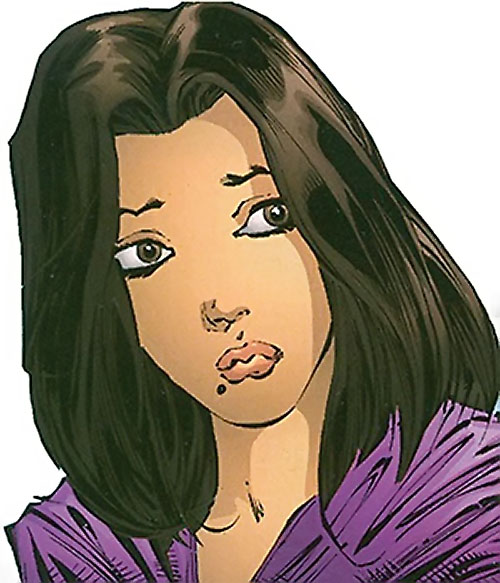 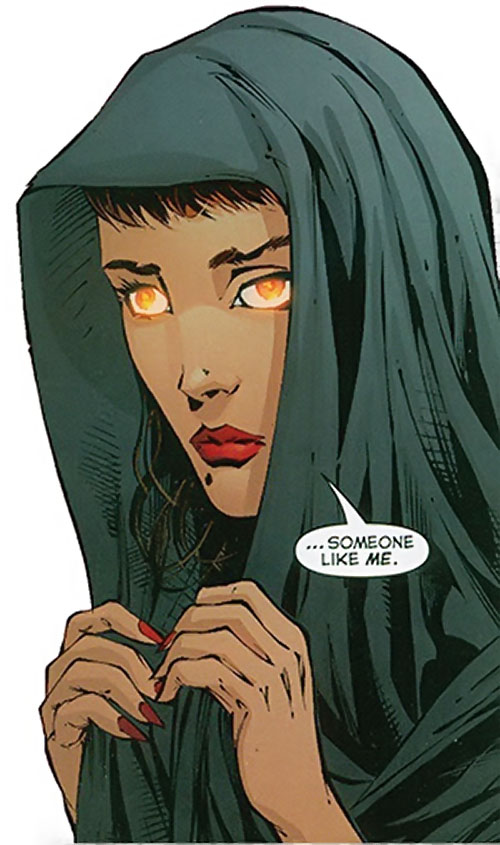