Drom’s body is strangely out-of-phase with the time stream.

Therefore, anything he touches instantly ages and crumbles to dust. His speech comes out backwards, and he is slowly aging in reverse, heading towards infancy.

He also has the ability to absorb energy from living beings. Superhumans are particularly suitable for this purpose. Absorbing energy this way temporarily halts his de-aging process.

The origins of Drom’s bizarre condition are unknown. He theorized that perhaps some future scientist experimenting with time travel inadvertently caused it.

For whatever reason, shortly after his birth, Drom was transformed from an infant to an old man, and began aging “backwards” from that point on. Absorbing energy from other living beings slowed down this process. Drom believed that absorbing enough energy might stop it all together.

To that end, he sought out great sources of energy, and found one in the superhuman martial artist Iron Fist (Daniel Rand-K’ai). Drom tricked Iron Fist into fighting, first a gang of thugs, and then Spider-Man (Peter Parker), so he could more easily absorb their power. But Spidey and Iron Fist eventually discovered his intentions, and turned on Drom instead.

In the ensuing fight, Drom’s mirror was shattered. The resulting trauma caused his de-aging to kick into high gear. Drom grew younger and younger, finally disappearing from sight.

Drom is an athletic man of 45. He has short, blond hair and blue eyes.

He wears a blue sleeveless tunic over gold leggings, with gold gloves, blue boots, and a gold belt. He wears a gold sash across his chest with numerous pouches and devices attached to it.

Unless he uses his translator gadget, his backwards speech is unintelligible.

Drom is a desperate man, single-mindedly pursuing the energy he needs to stay alive. Nothing else matters to him, including human life. He will kill without hesitation if it will benefit his condition.

Drom is not particular about who he absorbs energy from, so he could be pitted against any low- to mid-range hero.

A perverse GM might consider him a natural opponent for Zatanna. 🙂 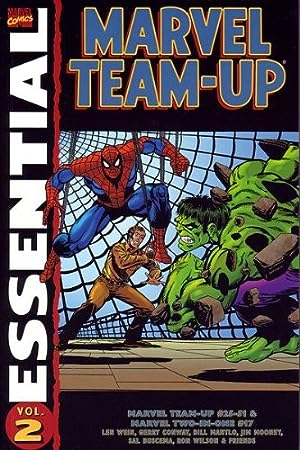 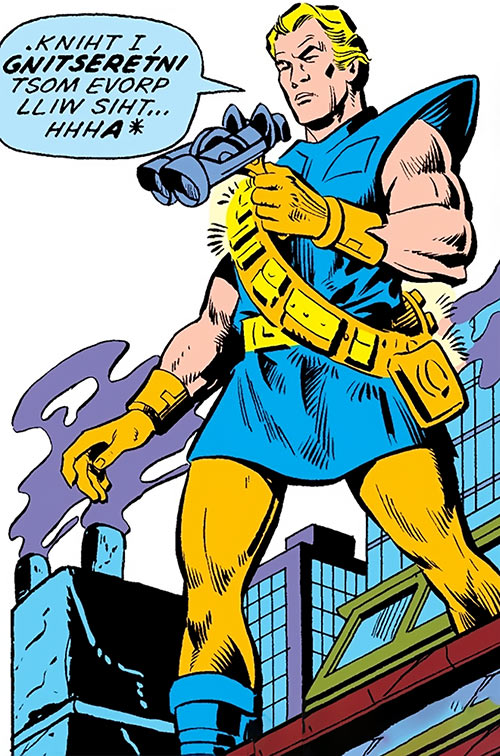 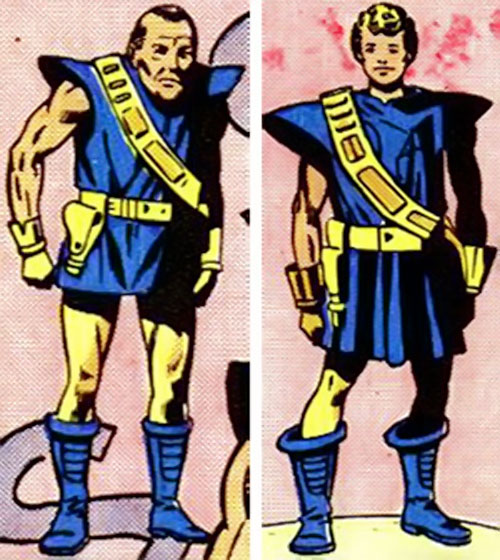