While his magical abilities are apparently genetic, they don’t work noticeably differently from any other type of magic. Thus, it basically does whatever he wants it to, as long as he doesn’t freeze.

All that Sebastian Druid had from his unknown father were magic abilities he didn’t understand, and a book in a language he didn’t recognise. Seeking guidance, he travelled from his home in Hawaii to New York to seek help from Dr. Strange.

He found Strange’s sanctum boarded up and abandoned, but was approached by Daisy Johnson, who knew all about him. She revealed his father had been Dr. Druid, and that his magic was genetic. 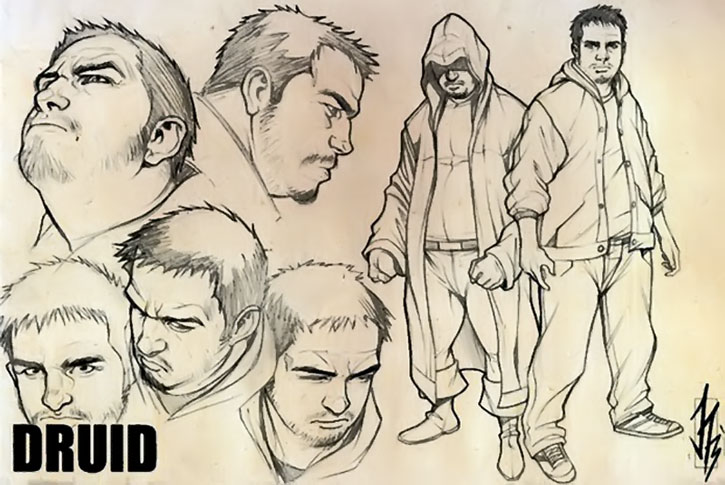 She offered help learning his abilities, if Sebastian joined the team Nick Fury was assembling. Sebastian jumped at the opportunity, happy for any kind of an answer as to what was going on with him.

Druid soon found himself overwhelmed by the world of espionage. He made silly mistakes, and generally lacked confidence. It got to the point where Fury ordered Daisy to send Druid home. Daisy resisted, and Fury accepted that. Then sent Druid home anyway.

Arriving home, he found John Garrett waiting for him, having been sent by Fury to train him. After a taxing exercise regime, Garrett took Druid on missions, getting him used to operating under pressure. 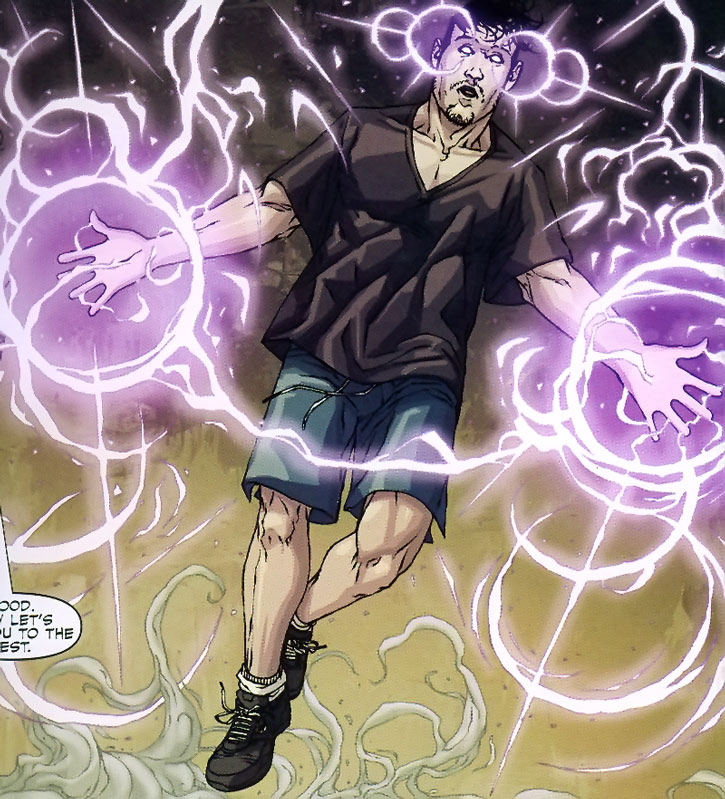 Druid disintegrated the remains of a salvaged Helicarrier in a HYDRA facility from a mile away, without anyone knowing they’d been there. He was less steady after Garrett assassinated Magadan, proving unable to teleport them clear, so they had to run.

He rejoined the team when he and Garrett rescued them from the Gehenna operation. He destroyed at least ten HYDRA attack frigates on his own to cover their escape. The team was stood down immediately after this, and he returned to Hawaii with Daisy.

The Secret Warriors were recalled when S.H.I.E.L.D. was restored. He’s presumably now a member of S.H.I.E.L.D..

Prior to his training, Druid was unfocused, aimless and undisciplined. These manifested in his weight problems and his general lack of confidence.

The old-fashioned military training regime Garrett ran him through helped him gain some discipline and confidence. But he remains relatively unassertive, and is happier following orders and working as part of a team.

Druid: “Magic isn’t governed by the laws of physics. It’s not a beam of light or an object in flight, but we can use those rules to… to… Okay, never mind, it’s done.”
John Garrett: “What do you mean ? Nothing’s changed. The warehouses are still standing.”
Druid: “Yeah, but now they don’t have anything in them. Oxidation, corrosion… I slightly changed the reaction time of the materials. They’ll never even know we were here.”

Bonuses and Limitations:
Sorcery has a -3CS to check the Mystical Bashing Damage Druid takes from use of the Power (+3).

Prior to his training by Garrett, Druid had the Uncertainty Drawback. 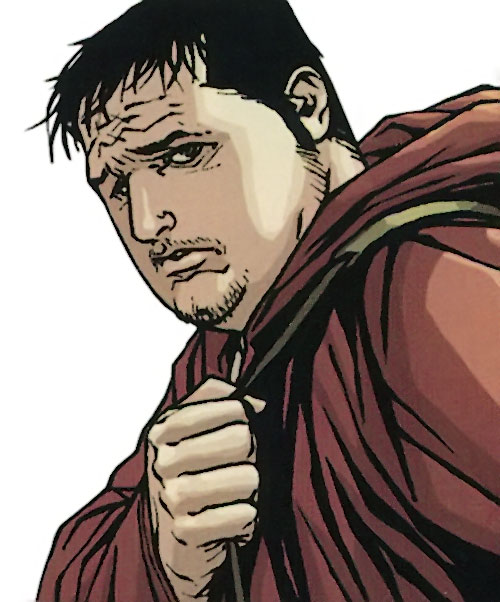 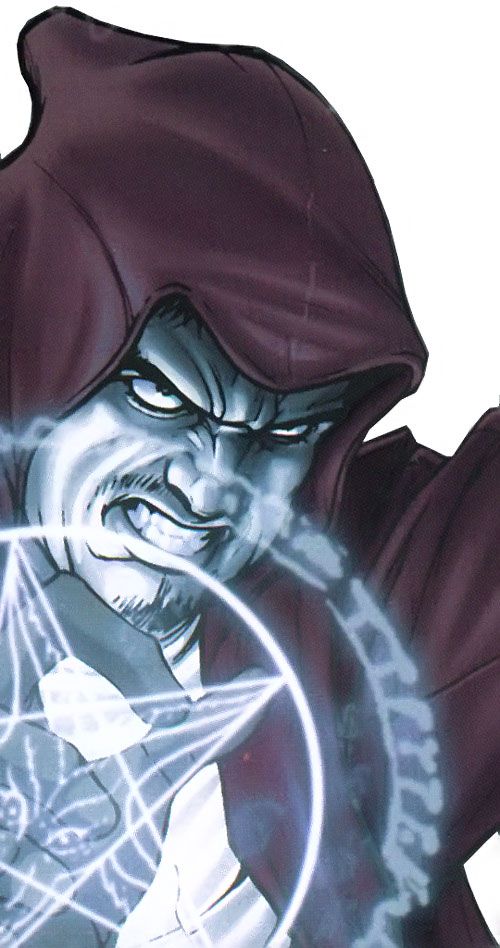 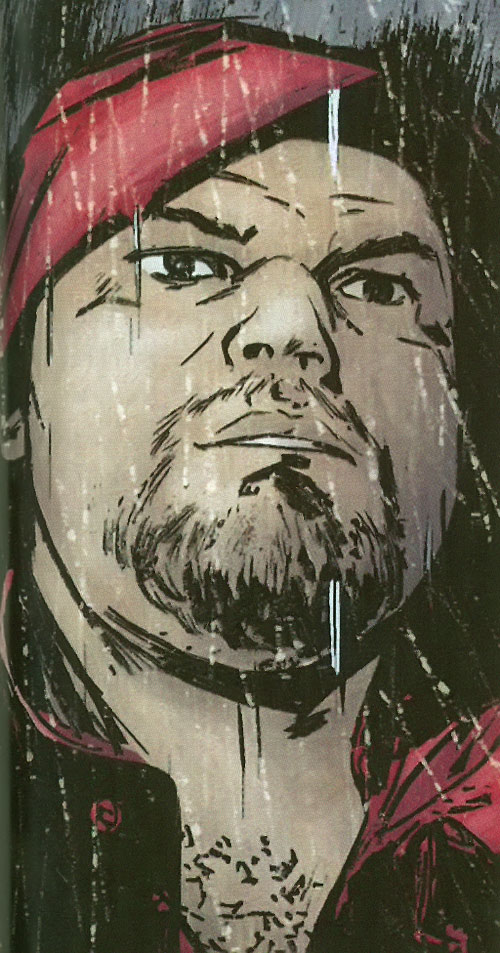 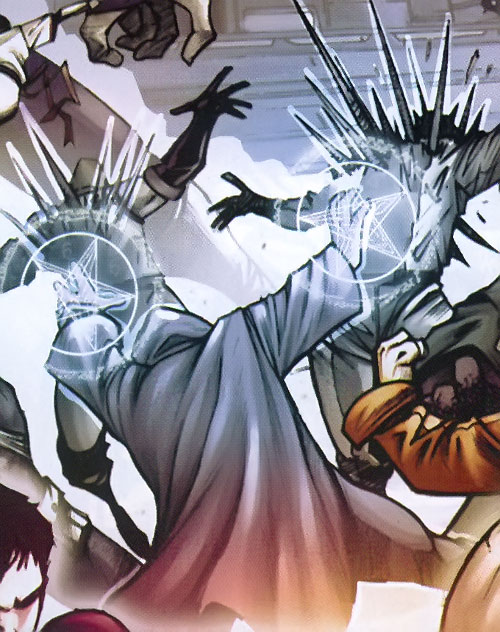