Post-Crisis background: Professor O’Day married an Amazon from a lost subterranean tribe that he discovered. Though super-strong, they bred with normal men. But NOT until they loved them or, as they put it, had been conquered by them. Otherwise, they might squish their would-be paramour.

This amazon’s costume only looks vaguely like Wonder Woman’s. He left her after Athena was born, to marry Angel’s mother.

When Angel’s mother died, the Amazon returned, and he took her in, along with Athena. Athena grew up with her mother and her step-sister Angel, as Professor O’Day was often away, exploring. Later, Athena’s mother died.

The Professor is still apparently alive. Why Athena’s last name is Tremor (mentioned again in A&A) is unknown. Perhaps the amazon married a Steve Tremor (after being dumped by O’Day, and before returning) who gave his last name to Athena.

After being rejected (sort of) by Sam Simeon (the Ape), she began a romance with Merryman.

A tall, sexy blonde in a skintight red outfit with the letters “DB” on her belt. Dumb Bunny also wears a cap with rabbit ears on top, even though they don’t help her television reception like she thought they would. She also has a cottontail on her butt.

Connections:
Angel and the Ape (Low). 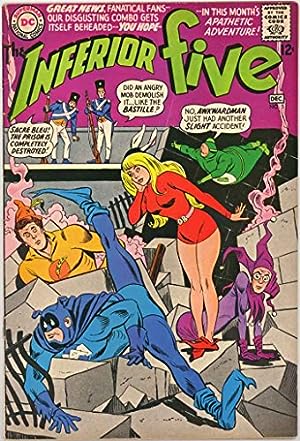