This is a toolset to make our DC Heroes RPG statting for D&D characters coherent.

At this point, it is 98% intended for statting Baldur’s Gate (“BG”) characters and monsters. Which means in turn that by “D&D”, we mean the second edition of the game, or something using comparable scales and assumptions.

So, old-school D&D. Because that’s what we need for the current project.

It’s work in progress. But then what isn’t.

It’s also certainly meant to be *emulation* of D&D. If one feels like playing D&D, one should play D&D, yes ? 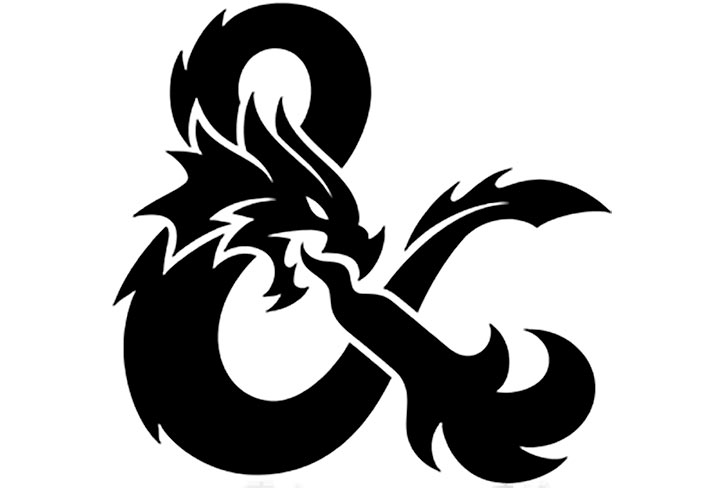 The “Plus Plusses” modifier to the Dice Action Expenditure limit means that each relevant plus on a piece of D&D equipment allows for a further AP of expenditure cap. For instance : 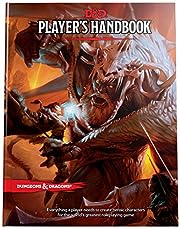 The vast D&D bric-a-brac, though more recent material is prolly the simpler choice.

D&D isn’t a “setting”. But having a ruleset it has an observable power scale, much like the Star Wars setting.

With our work on low-tech weapons and low-tech body armour, DC Heroes has a similar power scale. Mating the two is doable.

But it *does* result in a distortion, where a well-equipped low-level character is more powerful than they would be in D&D.

In the writeups.org approach to melee weapons, most everything will increase EV by one (small weapon) or two (larger weapon) APs over these values.

Space appears upscale when Martial Artist (EV), coupled with weapons use, is brought in. It corresponds to the *concept* of weapon specialisations — BG 1 already had double specs — and multiple attacks.

And to some cases such as backstabs, though these have further Limitations to when Martial Artist can be used.

Martial Artist (EV) should be limited to specific weapon types for that D&D feel. Here’s a list of types aping the Second Edition :

It should also be capped by Fighter or Monk level, to represent the huge importance of levels in D&D.

Now that we have benchmarks for how EV scale, we need RV values.

Likewise, low-tech armour with the writeups.org system will end up raising RV by one (light) or two (heavier) in most cases.

This makes well-armoured low-level people more resilient than they are in most D&D games. At least when facing mid-STR, no Martial Artist (EV) opposition.

Or if you prefer, it makes not wearing armour a more severe issue.

In D&D these are an unholy mix of class level, ability bonuses, hit points (which represent evasive abilities as well as take-it-on-the-chin abilities), small magical items such as rings, magical weapons with plusses, special class abilities…

But class level (with its THAC0 and saving throw numbers, and the accrued hit points) is the big one.

As it happens, it’s not a large numerical space. See our Hand-to-hand combat scale article for more discussion of such. So we naturally end up with something like the following.

Priests and thieves would be one AP under fighters, and mages three APs behind. As a rule of thumb.

Implementation of the AV/OV scale

Plain old DEX can do most of the lifting, especially at low level.

As values rise, the Weaponry Skill and the Evasion Skill come into play to provide the boost needed to achieve the target value. Use similar Subskill groupings as with EV.

Since you’re clever ones, you’ve noticed that in this Genre, Dice Action AP boosts and Last Ditch Defenses are both set at a minimal 1. This means that Hero Points are powerful.

This number suggests an action-heavy, wild and wooly Genre where those who dare win. Which doesn’t match vintage D&D. Particularly at low levels where level 1 magic users get killed fighting a house cat (the mage started it, or so the cat’s lawyer insisted).

This is because we use Hero Points as another way to suggest levels. In this setup, the Player Characters have a set HP pool (see our Hero Points article about fixed HP pools), which is 4 HPs per D&D level. So a level 1 character has 4 HPs, and a level 7 veteran has 28.

Thus, even if you only use your Hero Points for LDD, a one-level difference means that you can LDD away 4 more RAPs. Which is likely more than your BODY score !

You can of course adjust this scale based on the level band that interest you.

For instance, in old-school D&D some people started characters at, say, level 3 because lower levels were too fragile. Likewise, in many games I ran back then, there were very few people with levels in the double digits, and a level 7 or 8 guy was real tough. These were low fantasy environments.

Four Hero Points per level assumes that levels from 0 to 20 are used in the game world. For campaigns where levels in the 20s are a thing, or where almost nobody is over 12, etc. you may want to adjust the number of HPs per level to have a good distribution.

Our Hero Points article also has a discussion of what Hero Point levels mean in term of “heroic strength”. That should help set a scale depending on your views about the distribution and power of D&D levels.

This Hero Points scale is explicitly meant for Player Characters. NPCs, monsters, animals, etc. aren’t expected to be on the same scale. They’ll usually have markedly fewers Hero Points, and animals likely won’t have any.

In many cases, writeups.org profiles assume that character levels are holographic. That is, they are the illusion of another dimension, not a concrete reality.

This is discussed in our video game FAQs. Since this is usually the product of levels being used as a formulaic (but effective) gameplay device.

The situation in D&D is different. Levels aren’t so much a convenient device as the core worldview  .

The material often assumes that levels do reflect facts in these worlds. There are indeed strict hierarchies from mediocrity to epicness. And this ladder is usually scaled through dedication, hardship, deadly risks and constant struggle.

So the scales in this article do treat levels as a physical fact. The limits are less rigid than in D&D games, but the hierarchies are still more marked than in standard DCH.

Therefore, our suggestion is to :

Thus, to evoke a D&D character in DCH terms it’ll probably be better to lowball Mental and Mystical scores and let them grow as the Character gain levels. Pay more attention to the character concept and performance than his on-paper abilities. As always – primary sources first, and what happens in-universe before what’s written about it.

Later editions have more elaborate skill systems, so their character sheets are of more use. But that wasn’t the case with the old material we’re focusing on for now.

The simplest is to list a character’s alignment in lieu of their Motivation. It serves roughly the same purpose.

Furthermore alignment does have concrete consequences in early D&D worlds (say, Protection from Evil spells and the like). So having it listed is necessary.

In old editions and in BG, these are still expressed as a percentage, ranging from 0% to 95%. 20% is likely the floor for skill levels, especially for player characters who will likely have high Dexterity.

Average Move Silently and Hide in Shadows to estimate the Thief (Stealth) score. And yes, find/remove traps is Thief (Security Systems) – or rather the low-tech version thereof.

If the character has a special emphasis on Detect Noises, it becomes an Accuracy Skill if the D&D percentage produces a score above the character’s DCH INT APs. Or even an AP of Extended Hearing if there’s a big emphasis on that.

The DCH rules for Blindside Attacks are already sufficient for backstab. Though higher-level thieves could consider the Blindside Adept Schtick as well and/or Martial Artist (EV, only with daggers, only when Blindsiding).

Equipment with plusses (such as a short sword +2 or a cloak of protection +1) are a traditional part of D&D. In our little bit of emulation, they allow to spend more HPs. See the Genre Rulings section at the beginning.

Magical equipment is usually just found, but some games may need to compute their value in Hero Points. And it is possible for Player Characters to create magical items even in old D&D.

Weapons with a +2 bonus or better could also be considered for having their Enhance APs and cap one AP higher than that of a standard weapon. +3 or more almost certainly mean a +1 AP and cap to Enhance.

D&D also traditionally has monsters who can only be harmed by weapons that are at least +1, +2, etc..

A rule of thumb would be 5 APs of Skin Armour, with a Limitation that these do not apply against suitable weapons. This assumes that their immunity isn’t an absolute, but still high enough to feel like invulnerability to opponents with low EVs.

In DCH terms, species are straightforward packages. The main point of this section is to provide a quick and coherent reference.

Aaannnd… as it turns out that’s all we need for the canon BG1 party, actually. Huh.