Dusty’s right arm joint has some unusual properties. Called “The Bionic Elbow”, the arm does an enormous level of damage to both non-living material and living tissue. It can be used to bludgeon, crush, or grip with over 100 tons of pressure.

No one knows the origin of this ability. Most just chalk it up to Dusty being a freak of nature.

Virgil “Dusty” Rhodes Jr. was born in Austin, Texas, in 1945. He was the son of a plumber. He worked at any and every job he could get, including butcher shops, food delivery, and short order cook. By the time he was 23, he already had two sons and two daughters. Thus, he needed to find a steadier source of income.

He tried boxing. While he had a knack for it, he found that the fights did not come often enough to put food on his table.

Dusty took his charisma and his unnaturally powerful right elbow (dubbed “The Bionic Elbow” by the local people) on the road as a carnival/circus “tough guy”. He would challenge people in the crowd to try and take his “championship title” from him.

Many of his “title defenses” were fixed. Dusty would come to a town with the carnival, beat several local tough guys unconscious, and then, the night before the carnival moved on, lose his “title” to a local hero, much to the joy of the audience and the gamblers.

The crowd would go home happy and that night, the “new champ” would be taken aside and told that, due to technicality or abuse of the rules, the decision had to be reversed and Dusty would regain his title – and hold onto his gambled money.

This scheme, nicknamed “the Dusty Finish” eventually lost it’s novelty. Then a wiser-than-average audience caught wind of the scam. Dusty and his carnival pals did 10 months in jail for fraud.

When Dusty was released from jail, he proclaimed himself a new man. He went on a brief evangelical speaking tour, preaching about his “past sins” on TV during the day. He also fought crime at night to draw positive publicity for his nationwide urban speaking tour.

Sadly, his first jail sentence was not the end of “the Dusty Finish”. The captured criminals were inevitably released from custody when Dusty couldn’t provide sufficient evidence or testimony against them. Inevitably, the perpetrator would be released. Dusty would be lauded as a hero while the local DA’s office was vilified for losing the case.

Dusty’s partnership with the very crooks he was catching led to a second jail term and the end of his first marriage in the early 1980s.

Dusty’s exploits have continued in much the same way over the past 20 years. He briefly partnered with his (now adult) son Dustin in attempting to steal and fence the art collection of a renowned Texas oil baron. The oil baron hired the private hit squad known as The Four Horsemen and sent them to retrieve the art as well as thieves.

Dusty escaped, but set Dustin up to take the fall.

Dusty thought Dustin dead at the hands of the Horseman known as The Crippler (Chris Benoit). He thus was surprised to learn that Dustin transformed himself into the freakish crimelord “Golddust”. Golddust took over the largest East Coast mob operations.

As seen on TV

To escape Dustin’s revenge, Dusty has conned his way into a job as a “regular special guest correspondent” for CNN. They ask him his opinion on stopping crime, controlling big business, or fixing international affairs. Dusty makes some stuff up and spouts it on national cable TV.

He has used this forum to decry the “evil and despictable criminalized strategems” of Golddust’s mob. If Dusty dies from “unnatural causes”, he hopes that his public provocation of his son will mark Dustin as a prime suspect.

In his youth, he wore a variety of outfits, ranging from plain tights and cowboy boots, to black wrestling singlets covered in yellow polka dots. These days, he is frequently seen in blue jeans, cowboy boots, and a flannel or denim shirt worn over a T-shirt.

Dusty bleeds – a lot. In any fight, the chances are better than 85% that Dusty will lose a lot of blood from the head. Now that he’s in his mid-50s, his forehead is covered in visible scar tissue.

Dusty Rhodes is a fun, friendly, talkative guy. He’ll chat with anyone about anything. He is likely to have an opinion on everything, regardless of whether this opinion is educated.

He finds himself uncontrollable drawn to butchering the English language, both in pronunciation and in grammar, any time he opens his mouth. Don’t bother using the character if you aren’t willing to try and do his dialect justice.

Dusty comes across as dimwitted to people meeting him for the first time. Yet he is in fact quite sharp when it comes to interpersonal dealings. He’s a brilliant con-man, but his greatest weakness is his business sense. Aside from his cons, he has had multiple legitimate start-up companies fold under his management. This always leads him back to the con.

Dusty tries to talk himself out of any fight. That’s unless it’s one that he’s provoking for the sake of a scheme, or if he feels he’s been personally insulted (calling him names won’t work, but questioning his virility will).

When he decides to fight, Dusty gets right to the point – no tactics or subterfuge. When Dusty gets mad he simply starts pounding the hell out of his target with as much force as he can muster.

It’s important when playing Dusty Rhodes to remember that he has mastered the English language in ways that most of us can only dream of. The first and most important thing to remember is that Dusty knows that any public figure, in order to capture the public’s imagination, must have a catchphrase or word.

For Dusty, this word is “guarantee”. If you are playing Dusty, use this word as often as you possibly can. If you’ve exceeded 5 minutes without Dusty saying “guarantee”, you’ve gone far too long.

The second thing to remember when playing Dusty is to pepper your speech with “Dusty-isms”; the following list of terms and definitions will help.

He might have been a part of the circus for which the Grayson family worked, leading to plots involving Nightwing.

By Andrew Lee (based upon the wrestler of the same name). 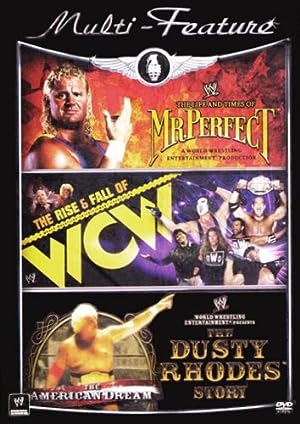 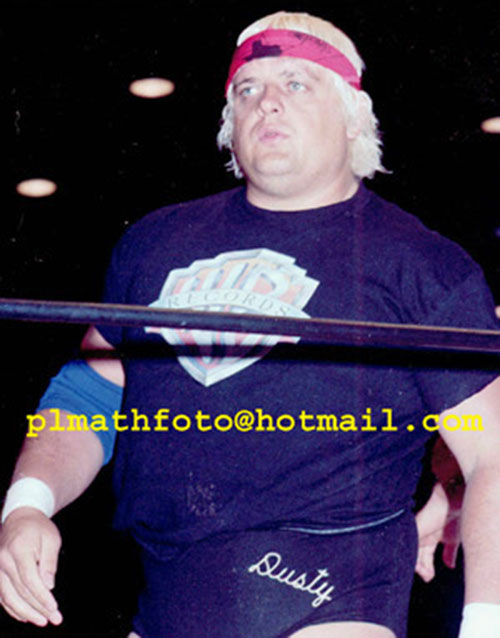 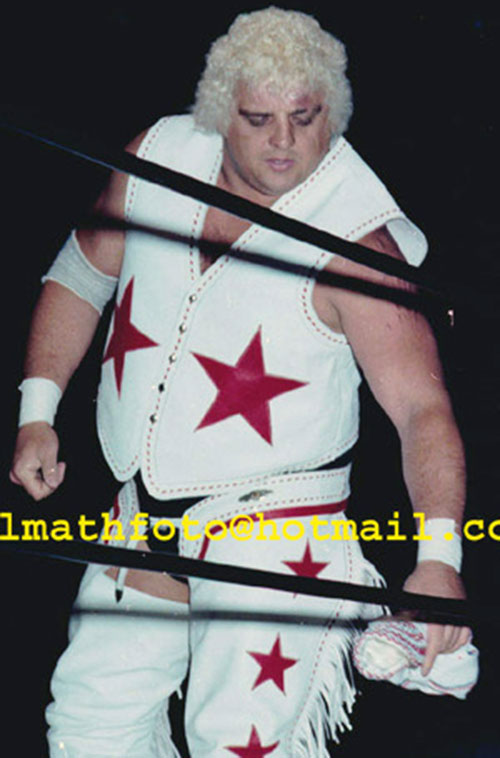