Dutch is one of the generic, largely forgotten hard men characters that proliferated during the Image Comics launch. He was first seen in 1993.

The following are 1990s technical notes, not a full profile.

Dutch is a combat cyborg with numerous implants and armaments. Among those is his headgear, with which he once hacked Liberty II’s self-destruct systems on the fly.

He wields huge guns, and is a master hand-to-hand combatant.

Half man, half machine, the enigmatic Dutch was initially part of the terrorist faction known as Cybernet. He worked for them as an elite gun for hire. But during a mission in Nicaragua, Dutch was betrayed by his Cybernet leaders. He also lost his right arm in the fracas.

Though his arm was later replaced with a cybernetic prosthesis, Dutch was never able to forgive Cybernet for the betrayal. His rebellion caused a rift between him and Giger, leader of Cybernet and his former friend. After being captured by an early Youngblood team, Dutch traded Cybernet secrets for an early prison release.

After several years of quiet retirement in Virginia’s Blue Ridge Mountains, Dutch was contacted by Youngblood’s Sentinel. he was offered a spot on Team Youngblood in exchange for his help in combating Giger’s latest plan for world domination.

Though he accepted the assignment under duress, Dutch would like nothing more than to live out his life quietly and peacefully.

“Vogue has every right to be worried – we all know what Cybernet is capable of. The only way to stop worrying is to prove what *we’re* capable of.”

Bonuses and Limitations:
Skin Armor has a Minor Burnout (it can get so damaged it becomes useless. Recovering it implies specialized repair equipment ) (-2) 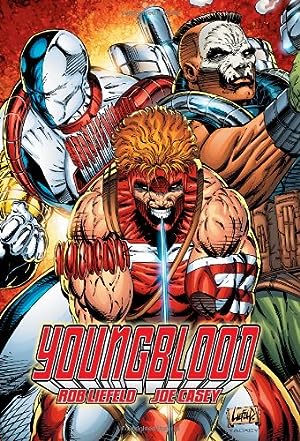