His signature equipment is his powerful, armoured motorcycle racing through the Los Angeles night as he seeks out crime with steely determination !

Steve Tremaine was one of the finest soldiers in the US military, a celebrated war hero who earned a Medal of Honor among other decorations. He often operated alone behind enemy lines, and worked several times with a Soviet hero, the super-strong Bear, to defeat Axis forces. The two war legends remained in contact after the war, communicating by radio.

After the war, Tremaine decided to continue to serve America with fists of fury and blazing automatics. He adopted the highly patriotic costume of the Eagle. He was a part of, and quite possibly the leader, of a super-hero group called the League of Heroes.

He seemed to live off his pensions. But the extensive HQ under his home was likely built and paid for by his heroic allies, at least one of whom lived in New York City.

When not fighting alongside the League, the Eagle was a stalwart protector of Los Angeles. He fought mob bosses and themed made men such as the Mole time and again. He achieved considerable fame in his home town as a mysterious avenger.

However, when the HUAC  ramped up its activities in Hollywood and McCarthyism was seizing the nation (probably around 1949-1951), the Eagle was subpoenaed to appear before the Committee. He had to reveal his identity and disclose any affiliation with Communism. Most other heroes apparently refused to do so, but the ever-patriotic Tremaine stepped up and unmasked.

While he was now exposed as everybody knew his real name, he gained further popularity. The chief of the LAPD issued a declaration supporting him.

However, the Eagle was soon called again before the Committee, who produced photos of him meeting with his old buddy the Bear for a drink. Senator McCarthy personally and publicly accused him of being a red.

Within days, the Eagle became watched by former Nazis and criminals working for Hoover. More importantly, he was reviled by the vast majority of a population who once admired him. Now they were spitting on him and insulting him, telling him to go to Russia with his pinko friends. Soon his sole moral support was his daughter, Helen.

For subsequent events, see the comics.

An All-American, two-fisted hero whose raison d’être is to protect the US of A by fighting Nazis (during the war) and the mob (after the war). The Eagle will do anything for his country, including revealing his identity when commanded to do so by the government.

Tremaine is a rugged war hero. He will kill his opponents, and knows just how good he is, but certainly does not brag about either.

He will try his utmost to save innocents.

“They want to ask me some more questions. I’ve nothing to hide — I’m one hundred percent American.”

“I’ve always done everything my country has asked of me, and I’m not gonna stop now.”

“A whole lotta people are gonna get killed. I can stop it, but they won’t let me. How am I supposed to live with that? The Eagle, my ass. I’m just a canary in a cage.” 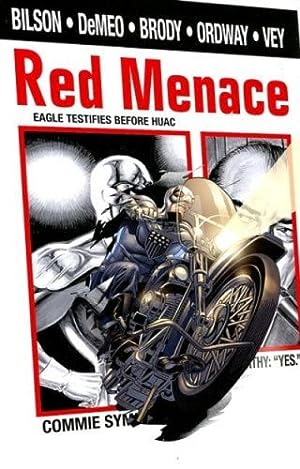 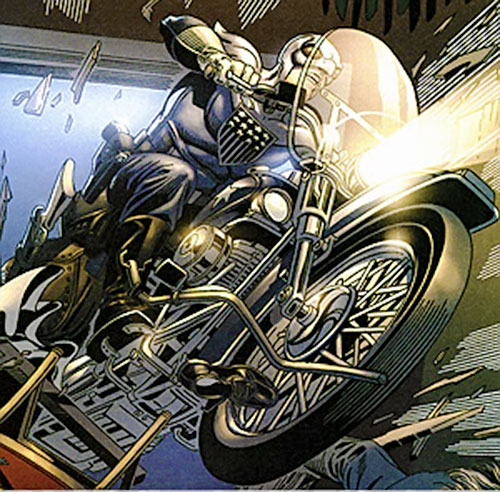 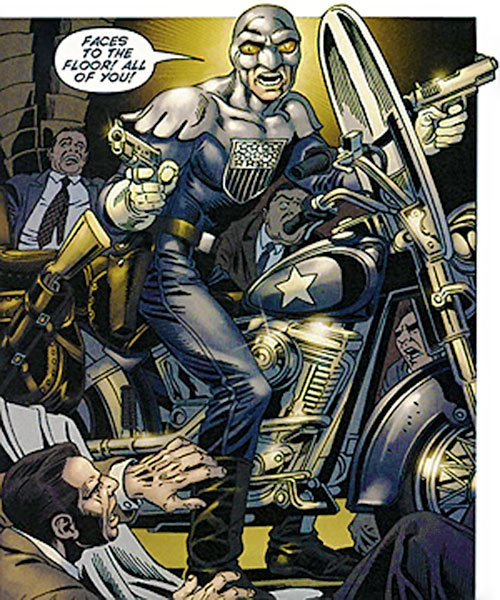 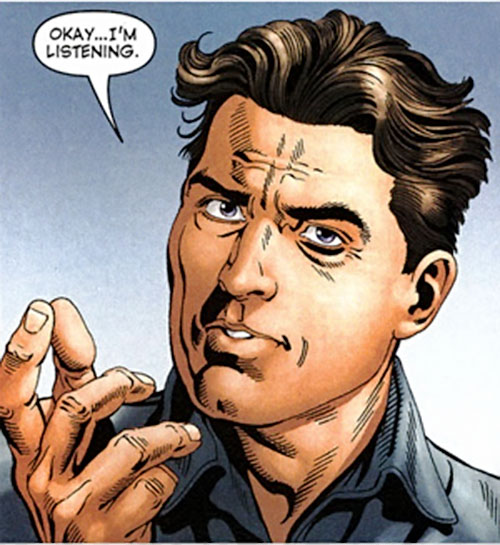