For more context about MC2, you can read our Spider-Girl (May Parker) character profile.

Earthshaker has enhanced stature and can lift about 20 tons.

His durability is likewise enhanced, allowing him to take blows delivered with low superhuman strength without damage. He’s more resilient toward physical damage than energy assaults. This is presumably because his muscle mass helps cushion the former.

Earthshaker is a skilled hand-to-hand fighter, and moves remarkably fast. It is possible that his great strength enhances his speed. He could consistently hit even such an acrobatic fighter as Ladyhawk.

Earthshaker comes from an unspecified rural area. How he gained his powers is unrevealed, and he might simply be a mutant.

Wanting to capitalise upon his great strength, he decided to join the Unlimited Class Wrestling Federation. He also reasoned that he would get better negotiating terms if he made a big splash before applying.

He thus left for New York City in order to defeat a famous costumed hero. To do so he publicly robbed several jewellery stores, though the loot wasn’t the point.

The first person who responded was Ladyhawk, an unpowered acrobat who couldn’t hope to harm him. Disappointed since Ladyhawk wasn’t famous enough, Earthshaker thrashed her ; the vigilante had to be hospitalised.

Her allies responded to the next robbery, and Earthshaker was faced by Spider-Girl, the Golden Goblin (Phil Urich) and another Ladyhawk. Though Earthshaker initially had the upper hand, Spider-Girl soon turned the tide and clobbered him.

In prison, Earthshaker was contacted by Agent Weadon. The agent offered an opportunity to join a superhuman field team rather than stay in his cell.

Earthshaker joined Mister Abnormal and Killerwatt, and they were put under the field authority of Kaine.

The Weadon team failed to protect a secure convoy carrying the Carnage symbiote , and was defeated by Carnage some hours later. The team nevertheless remained active under Weadon’s debatable authority.

Earthshaker wears a wrestling costume, plus a domino mask.

There’s a rat’s tail of braided hair growing from the back of his otherwise fully shaved head.

A self-centered brute with a narrow worldview. He’s only interested in his own gratification through money, fame and proving his power.

Earthshaker considered that once he would be a bankable, famous athlete he would be above the law. And that any liability for his robberies would be defanged by UCWF lawyers and biased judges.

“Ah surely would advise y’all t’run for the hills ! Ain’t none of y’all powerful enuff to take on the almighty Earthshaker !” 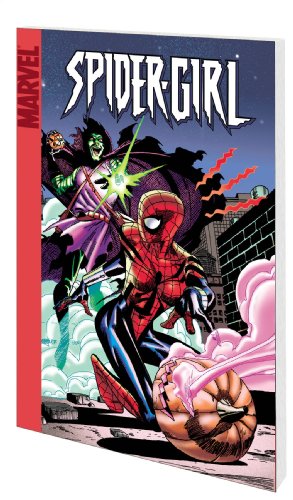