Limitless is a 2011 movie based on the novel The Dark Fields. It is an intriguing thriller that poses some interesting questions on how far would a person go to become a better version of themselves through artificial means.

This entry is based on the film, not the novel — and was written before the Limitless TV series that followed the movie.

By ingesting the designer drug NZT-48 Eddie Morra is able to tap into greater and greater levels of mental abilities enabling him to recall every scrap of memory he has had since childhood and learn new pieces of information at tremendous speeds.

He was able to:

Eddie Morra is an aspiring writer living in New York. His attempts to write a novel go in vain and his inability to push himself to seek refinement is evident as he struggles with his love life, an apartment in shambles, a wasteful lifestyle and severe writer’s block.

Already stressed by an approaching deadline, Eddie is left hopeless after his otherwise focused girlfriend, Lindy becomes frustrated with his lack of progress and financial dependence and breaks up with him for his ineptitude.

Later, Eddie stumbles upon Vernon Gant, his ex-brother-in-law. Vernon introduces him to an experimental designer drug that enhances brain functionality to harness all its potential. Vernon is/was involved with a pharmaceutical company Eiben, and gives Eddie a nootropic  drug, NZT-48.

After taking the pill, Eddie finds that it makes him laser-focused and much more confident. He is able to learn much faster and recall memories from his distant past. He uses this ability to finish 90 pages of his book.

The next day, the effects having worn off, he seeks out Vernon in an attempt to obtain more. While Eddie is running an errand for Vernon, Vernon is killed. Upon his return to Vernon’s apartment, Eddie finds Vernon’s body and calls the police. Eddie then discovers Vernon’s NZT stash just before the police arrive.

As Eddie is later confronted by his landlord’s wife who screams at him for the pending rent, Eddie chooses an intelligent escape by taking one of the pills. Then, whatever he has seen, heard, read or experienced in his life, is available to him as reference. Knowledge acquisition is rapid and so is its retention.

Eddie soon discovers that he can achieve the impossible. Testing his new ability on the stock market, Eddie makes large returns on small investments. As his greed takes over, he seeks to further exploit the financial markets to make more astronomical gains.

Realizing he requires more capital, he borrows $100,000 from a Russian loan shark, Gennady, and successfully makes a return of two million dollars in 10 days. He increases his NZT dosage which cuts his learning curve and he also rekindles his relationship with Lindy.

Overnight success draws inquisitive eyes of the ambitious and Eddie would need to maintain a low profile if he doesn’t want to expose the secret to his phenomenal analytical abilities.

Eddie’s success leads a Wall Street executive, Kevin Doyle, to arrange a meeting with a business tycoon, Carl Van Loon. After impressing Van Loon with his astonishing marketing insight Van Loon wants Eddie to advise him on a merger with Hank Atwood.

After work, Eddie begins experiencing blackouts involving large sections of missing time. He finds himself at a nightclub, a hotel party, in a hotel room with a mysterious blonde woman, and in a subway station where he quickly and easily subdues multiple assailants using various fighting techniques seen in old kung fu movies, boxing matches, and fight documentaries.

When this particular marathon blackout finally ends, he finds himself on the Brooklyn Bridge, from which he slowly limps home. Later, Eddie sees a news report detailing the murder of the woman with whom he had slept with the night before, but he is unable to remember most of the night’s events and how she was killed.

Eddie meets with Melissa (his ex-wife), and discovers that she too had been on an earlier version of NZT. When she attempted to stop taking it, she had experienced a severe mental rebound effect, as well as a limp like Eddie, while others who had taken NZT had died after stopping.

On his way home, Eddie is accosted by Gennady, who takes Eddie’s last NZT pill. In bad shape Eddie visits Lindy and collapses at her office. He asks her to retrieve his backup stash, which he had hidden in her apartment. On her way back to him with the NZT, she realizes she is being followed by a man who had also been stalking Eddie.

The mysterious man corners Lindy in a park as Eddie instructs her on her cell phone to take one of the NZT pills. Reluctantly, Lindy ingests one of the pills and it enables her to evade and escape the stalker as she returns the stash to Eddie.

Eddie, who has been experimenting with the drug, learns to control his dosage, sleep schedule and food intake to prevent the harmful side effects. He continues to earn money on the stock exchange and hires bodyguards to protect him from Gennady, who threatens him in an attempt to obtain more NZT. Eddie buys an armored penthouse and hires a laboratory to reverse engineer NZT for him.

For his part in the merger, Eddie is promised 40 million dollars by Carl Van Loon, and he hires an attorney to help keep the police from investigating the deaths of both Vernon and the woman.

On the day of the merger, Atwood’s wife informs Van Loon that he has fallen into a coma. Eddie recognizes Atwood’s driver as his stalker. While Eddie participates in a police lineup, his attorney steals Eddie’s last supply of NZT from a secret pocket he had custom made into his jacket.

Soon after discovering that his pills are gone Eddie begins to enter withdrawal. He also learns that his bodyguards have been killed when a box is delivered to him with their severed hands. But the severe effects of withdrawal cause him to hurry home when Van Loon questions Eddie about his knowledge relating to Atwood’s coma.

Gennady breaks into his apartment, demanding more NZT. Gennady reveals that to increase the drug effect’s potency and duration he has been dissolving it in water and injecting it. A severely weakened Eddie stabs Gennady and licks up some of Gennady’s pooling blood for the NZT it now contains.

His increased mental acuity restored, Eddie kills Gennady’s henchmen and escapes. He meets with his stalker, correctly surmising that Atwood employed the man to locate more NZT. The two join forces and recover Eddie’s stolen stash from his attorney (who did not pass the NZT to his client as he was ordered).

A year later, Eddie has retained his wealth, his book has been released, and he is running for the United States Senate. Van Loon visits him and reveals that he has acquired the pharmaceutical company Eiben that produced NZT and shut down Eddie’s laboratory.

He offers a steady supply of the drug in return for power when Eddie inevitably becomes president. Eddie implies that he has had multiple laboratories working on NZT for the purposes of reverse engineering it, as well as being able to eliminate all of the negative side-effects. He states that he has found a way to wean himself completely off of the drug without losing any of his enhanced abilities.

He turns down Van Loon and sends him on his way. He meets Lindy at a Chinese restaurant for lunch, where his Chinese language skills with the waiter invite skepticism from Lindy as to whether he is actually off of the drug.

Eddie Morra is a regular sort of man of average height and build with dark blond hair and blue eyes. At the start of the film Eddie has more of a slovenly, disheveled appearance. But once he begins taking NZT he very quickly becomes highly motivated to clean himself up and a preference to wear a much nicer quality of clothes.

At the start of the film Eddie is unmotivated and self-defeating. Once he begins taking NZT he turns into and intensely driven and highly motivated individual who begins to crave more and more wealth, power and influence.

“What was this ? I wasn’t high. I wasn’t wired. I was just clear. I knew exactly what to do and how to do it.”

“I’d been upping the dose for about a week. It seemed to cut my learning curve.”

“ I don’t have delusions of grandeur, I have an actual recipe for grandeur.”

“I see everything, Carl. I’m 50 moves ahead of you and everybody else. […] You should really be glad about this. Because you know, me working for you, you’d just end up being my bitch.”

Eddie Morra was just an ordinary aspiring writer who happened to ingest an experimental designer drug developed at one of LexCorps subsidiaries. Having increased intelligence and abilities quickly brought him to the attention of Lex Luthor who sent operatives after Eddie Morra.

Brutal side effects of NZT include but not limited to: Minor Psychological Instability: Black outs, ADD, dizziness, lethargy and eventual death. Eddie later experiments with the drug and learns to control his dosage, sleep schedule and food intake to prevent these adverse side effects.

NZT-48 boosts all Mental and Mystical Attributes by approximately 2 to 3 APs at the initial onset of ingesting just one tablet, and grants Adaptation, Recall and Superspeed (2 APs for each respectively). All enhanced abilities are further increased 1/2 AP for every two pills afterwards.

The effect lasts approximately 24 hours before requiring another dose. If the person fails to take another dose within the 24 hour time frame the person quickly succumbs to fatigue, short attention span, memory loss, dizziness, nausea, and blackouts.

Eddie when the movie starts

Eddie after ingesting one tablet

Bonuses and Limitations:
As above. 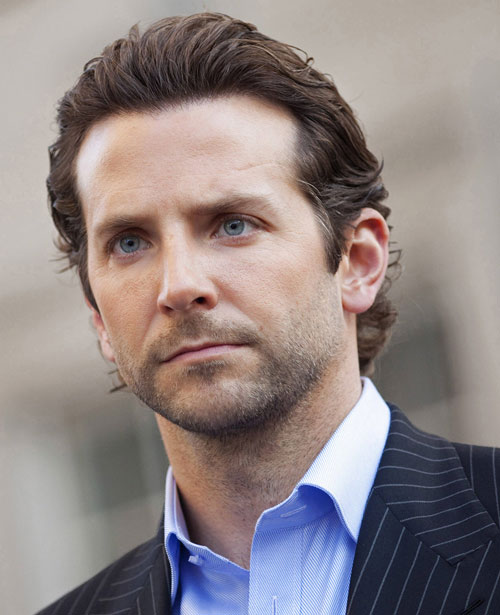