Sarah/Eden has the power of persuasion. When using a special tone of voice, people can’t help but obey the suggested course of action. She has even been shown to achieve physical effects, like killing her stepmother by telling her to die (her heart stopped beating) or making Sylar sleep by so suggesting.

“For what she ordered could not be undone”

It’s suggested, but not confirmed, by the narrative in chapter 9, Life before Eden of the Heroes Graphic Novel, that she can’t undo any order she gives.

If the phrasing had been “for what she’d ordered could not be undone” it could be thought to be a matter of the specific “die” order. But at the same time the context of said narrative was very fairytale-like, and it could be a metaphor.

Eden was a thin, frail looking girl with dark short hair and big eyes. She dressed casually and usually in black and white, or jeans. She looked like someone easy to trust, maybe a secondary aspect of her power.

When she was a young kid, Eden felt that keeping afar from family troubles would end them. Then her father left and she was made feel guilty for it. Pleasing her stepmother was her solution, but it never really worked. One day, when Eden was a teenager, she finally broke her nerves. She accidentally killed her and burnt the house.

The Eden of some years later was a pleasure seeking, a sex seeker and robber who was happy of using her powers to get whatever she wanted. It’s hinted she may had went through some drug-addiction problem, although nothing sure has been told about it. In any case, her demeanor at the time (until two months before the series’ premiere) was quite good a reflection of the Thrill Seeker motivation.

After being caught, then trained as an agent, by Mr. Bennet, Eden found her main addiction was towards her power. But it could cause major trouble if missused, and she became very hesitant to use it, except when Mr. Bennet convinced her to do so.

Another exception was to stop Sylar, who she knew had killed Mihinder’s father. Eden also knew that Sylar had eaten the brains of a growing number of evolved people and who, in short, was a despicable being devoted to destruction of innocent people.

Regarding her powers, then, she became an Unwanted Power kind of heroine. But in front of monsters like Sylar she was particularly ruthless: she was the one who suggested to order him to commit suicide, even if she had a specific personal taboo about using her power to kill.

“You don’t want to give me a ticket.”

“I wish you’d just die !!” (last words told to her stepmother before her heart stopped)

It’s clear that Eden shares Maxwell Lord’s metahuman gene. Lord, then, specially given his superheroic tracking and connection with the events which lead to OMAC would be the founder of The Company.

Eden would have worked for Checkmate/The Company and ordered to keep track on Blue Beetle’s advance on discovering its secrets. She eventually decided that Lord was a danger and was finally disposed of by him, maybe just before doing the same with Beetle.

Eden McCain, the girl with the power of Persuasion

It seemed easier for her to make people do things that were not against their core beliefs, thus the difference in AV. 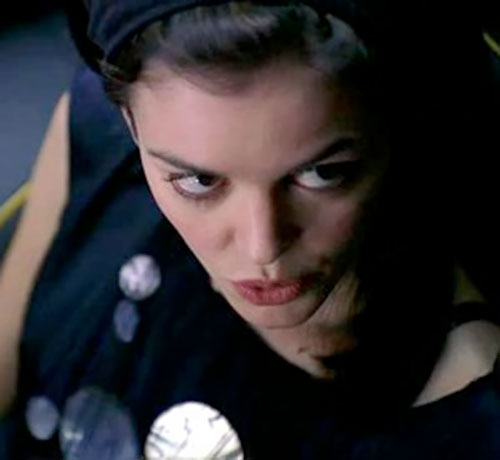 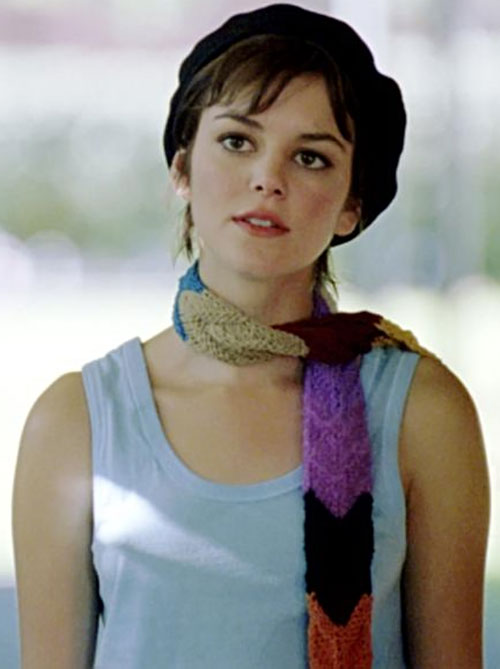 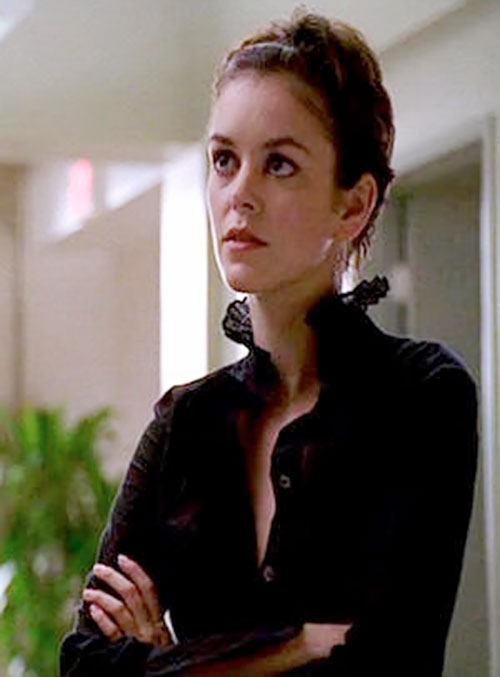