Edge is a living knife factory. His entire body is covered with blade-shaped shards of steel. Anyone attacking him risks serious damage to themselves (in DC Heroes RPG terms, Claws being). Furthermore :

Edge can interact with things and people without shredding them. But that involves firing off the blades in that area of his body, and they will regrow within a minute. In DC Heroes RPG terms, simply expelling blades into a nearby obstacle or onto the ground without aiming is an Automatic Action.

The “new Bloods” seem to be able to sense each other’s presence and general direction. But that was an unclear plot device to speed up the action, and there are good odds that it no longer works. It is thus not included in the game stats.

When Tom was 12, his father died – leaving him to support himself and his younger siblings. He dropped out of school and took any jobs he could so his siblings wouldn’t have to. 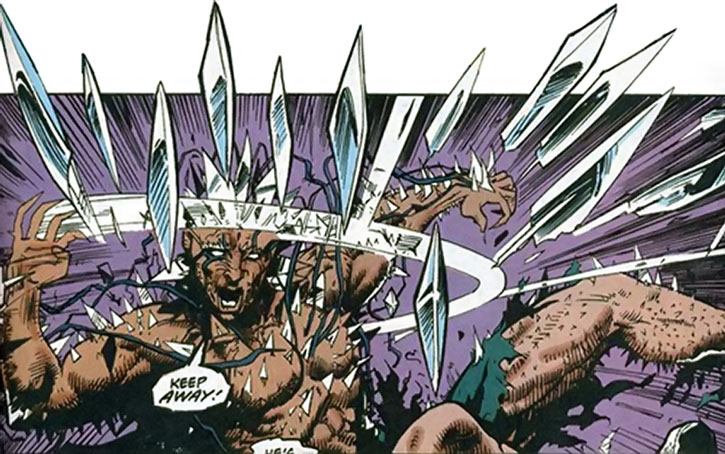 As he grew up, Tom was respected for his physical courage, brawling ability and powerful physique. When John Henry Irons opened a gym in the neighbourhood, the iron-pumping Tom became a customer then a friend.

As Tom was leaving his factory job, he witnessed what he thought was a rape. He intervened, but the seeming aggressor was actually the victim. This man was having his spinal fluid drained out by an alien invader. The female-looking alien easily stopped O’Brien, and fed off him as well.

However, 1% of Humans thus harmed not only survived, but gained superhuman powers. Tom was among these lucky few.

Tom awoke in the middle of his transformation, almost accidentally killing vagrants in the sewers. Experiencing temporary amnesia, he fled in confusion. Following a brief battle with Steel (secretly his friend John Henry), Tom calmed down, and remembered that he was no monster.

He then joined Steel in tracking down the alien before it could kill Petey O’Brien, who was out looking for his missing brother. Using teamwork, the two heroes drove the creature away. Petey called his amnesiac big brother “Edge”, telling him it should be his super-hero name.

This group repulsed Eclipso (who had schemed to possess Angon, the alien who had transformed O’Brien). Then they joined a large force of American heroes (under the leadership of Amanda Waller) and ultimately destroyed the Bloodline aliens.

Most of the New Bloods, including Edge, vanished into obscurity. But he’s still around and still a superhuman, and it is possible he is now a minor Metropolis hero.

His transformation shredded most of his clothing. Therefore, he used nearby barbed wire to hold what remained in place. Later on, he wore leather that somehow resists the shredding.

Tom projects a tough guy attitude to anyone he is unfamiliar with. Yet he shows a much more caring side to family and friends.

He also has a strong sense of justice – which is what got him into trouble. His mother described him as always wanting to be the knight in shining armour.

After his transformation he remembered nothing about his name, his family, his life, etc.. But he retained his command of English and his fundamental morality. He may have since recovered his memories, but this is not demonstrated.

Bonuses and Limitations:
Projectile weapons has no built-in AV (-0 or -1), had a Range of but 04, and has the Autofire Bonus. 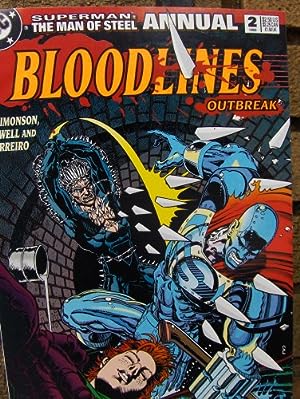 Superman:Man of Steel, Annual #2 “The Edge of Steel” 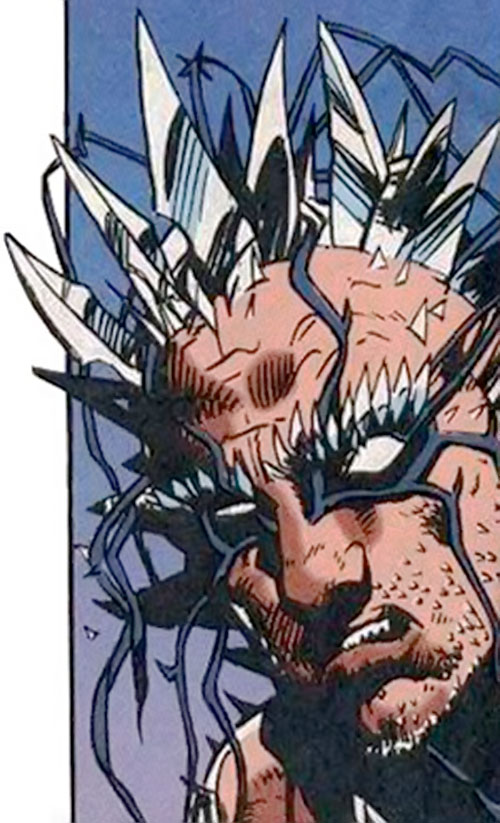 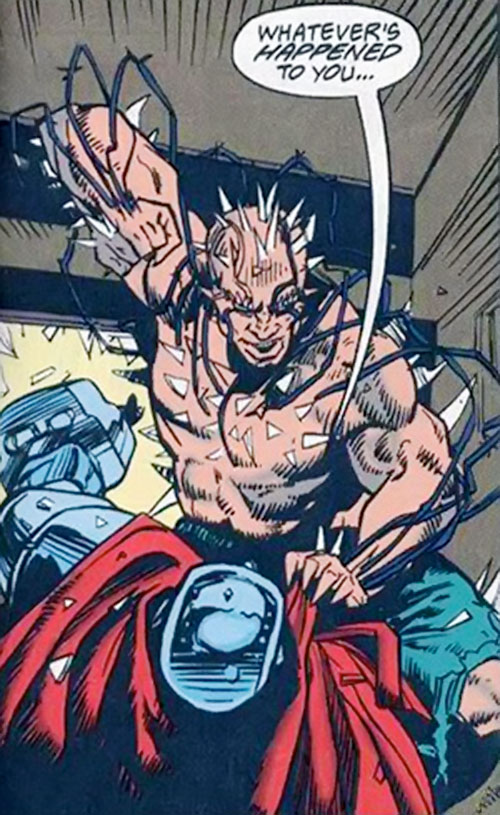 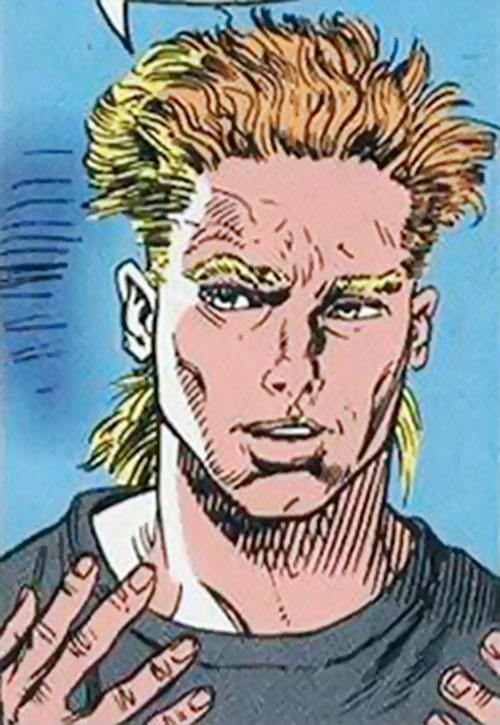