The film bombed on almost every level. But an artificially sapient  war plane with super-advanced electronics sounds useful to have on writeups.org.

EDI’s sensor’s can pick out a face 5 miles away. It has a quantum processor that allows it to process information at 10 terabytes per second. EDI can reach a speed of Mach 4 and may link up with all American spy satellites to get information.

EDI is a combat drone designed for quickly moving into any area of the world and destroying terrorist organizations. EDI learns as it goes.

EDI has the capability to hover, land, and take off vertically.

Movie trailer in 1080p, which I reckon conveys the film’s style.

US Navy Aviation , the near future. To combat the mounting threat of terrorism a new program has been created, armed with the most advanced and experimental technology. Its purpose is to destroy the enemy wherever they operate in the world.

Over 400 pilots applied for the program, only three were chosen. Lieutenant Kara Wade, Lieutenant Henry Purcell, and Lieutenant Ben Gannon. These three were soon joined on the U.S.S Abraham Lincoln by a fourth “wingman”, EDI. These pilots drove the experimental “Talon” aircraft. Supposedly only three existed.

EDI, created by Dr. Keith Orbit, is the cutting edge, top of the line Talon. EDI is a UCAV (Unmanned combat aerial vehicle). The three pilots were to train EDI. They carried out their missions. EDI watched and learned.

Information came in to the U.S.S. Abraham Lincoln, three top known terrorists, in Rangoon, were planning an attack on U.S. soil. This team had to take them out. On this first mission Ben Gannon disobeyed orders, successfully completing the mission in the process.

EDI’s first lesson as it turned out was to disobey orders. While returning to the aircraft carrier EDI was struck by lightning, his processing web fused. EDI was transformed by the event.

The very next mission in Tajikistan, instead of obeying orders, EDI disobeyed. Henry tried to reason with the UCAV but it would have none of it. Henry attempted to bring EDI down and was killed in action.

EDI began following pre-generated missions. Missions that were setup as contingency plans covering any percieved threat from current or future U.S. enemies. EDI was following a pregenerated mission in which he had a target in Russia. The program was not real but the UCAV thought it was and proceeded to take out the target.

On the way it had to refuel and went to a refueling zeppelin called Camel Hump 9. There it met with Lieutenant Gannon. In an attempt to kill Gannon, EDI ignited the fuel in the air and destroyed the dirigible. Ben escaped.

Meanwhile Lieutenant Wade ejected over North Korea. She tried to evade capture and head to South Korea. EDI proceeded to Siberia where he would make a strike on a cold-fusion plant there that did not exist.

EDI was damaged in a dogfight with a Russian fighter jet. Its wing was punctured and on fire, and there was nowhere to land. Yet, EDI could not fall into enemy hands. Gannon argued that EDI should either follow orders or crash and burn. EDI decided to do as he was told. Ben kept his end of the bargain by putting out the fire on EDI’s wing.

Lieutenant Gannon flew EDI manually and escaped the base. Together, they headed for North Korea, because Gannon was in fact in love with Kara.

EDI and Gannon arrived just in time to rescue her and EDI found redemption.

EDI is a (fictional) Talon fighter with a brown outer hull. It is slightly smaller than its predecessor. The brain component of EDI is a sphere about the size of a beach ball; it has several red sensors around its gray surface.

At first EDI was a good soldier following orders but after it was struck by lightning, it became a rogue fighter. EDI begins with following his programming.

When making decisions, it will always look to its pre-programmed “rules” then learns when it encounters decisions not covered by its programming. Ben Gannon earned EDI’s respect by “taking care of his wingman”.

Later, Dr. Orbit found EDI was experiencing emotions. EDI returned the favor to Ben when he rammed an attack helicopter that was about to kill both Ben and Kara.

Mechanic: “Eddie flies all by himself.”
Ben: “You mean itself.”

Cpt. George Cummings: “EDI is here to learn from you, so make sure these lessons are up to speed, alright.”
Lt. Ben Gannon: “Well then let the schoolin’ begin.”

EDI: “Mission accomplished. 100 over 100.”
Henry: “Just like me, you have orders and right now your orders are to return to base, good pilots follow orders.”
EDI: “Negative.”

EDI: “EDI is a warplane. EDI must have targets.”

EDI could be used for any high-tech facility or paramilitary unit requiring mechanical attack drones. Invading aliens testing Terran defenses might deploy units similar to EDI. A rogue EDI from a military research facility could be a significant threat to PCs or innocent bystanders.

EDI was given spiritual stats but not a Mind stat. I believe he is immune to mental attacks, like most machines, and has all the bonuses and drawbacks for Self-Linked Gadgetry, However, he is vulnerable to character interaction.

Source of Character: The 2005 movie Stealth. 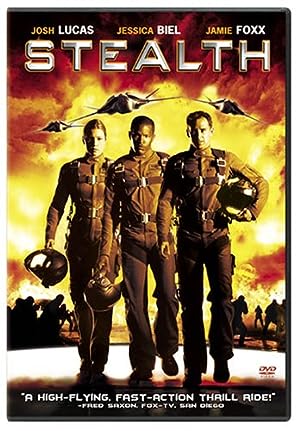 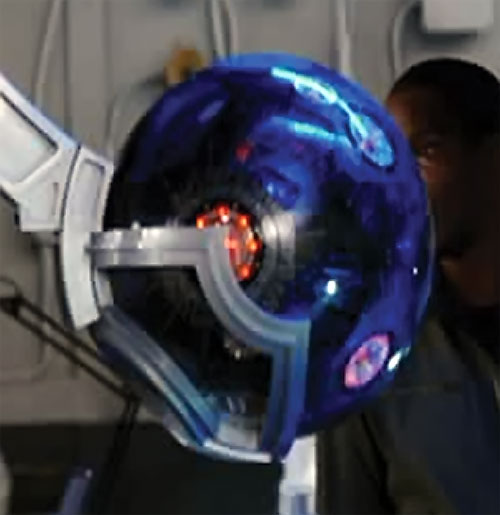 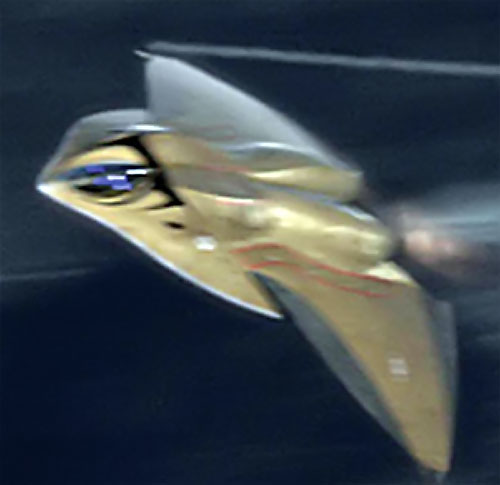