Honda’s a powerful sumo wrestler and all around nice guy. He’s ranked as Ouzeki status, one below Yokozuna, or the top class.

He’s stated to be Yokozuna level, but he never attains it. This is most likely because he left to show the world the power of Sumo wrestling in Street Fighting tournaments rather than stay in Japan and participate in Sumo wrestling bouts.

He wasn’t playable in the game, but he did appear in Sodom’s ending briefly. Sodom visited E. Honda and challenged him to make E. Honda a member of Mad Gear. The match was fun and apparently E. Honda won. 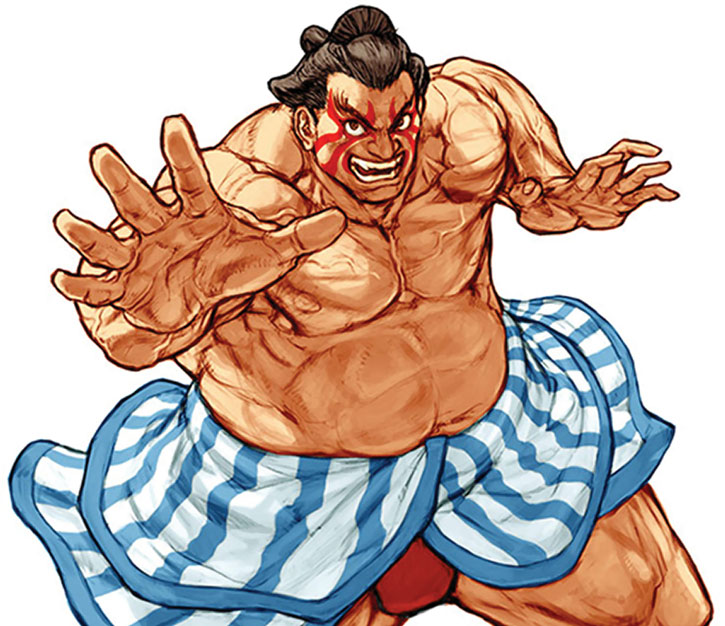 E. Honda wanted to find worthy opponents and show them the strength of sumo. In the hopes of finding stronger opponents, he began a journey. He fought Ryu in a fun match, and got to meet Sodom again. And he told Sakura (and maybe Juni found out from him, too) where to find Ryu.

He also teamed-up with Zangief to help take down Shadaloo.

He found some Dolls after Shadaloo went boom. He then took them in for a while because they couldn’t even remember their own names. E. Honda said they could leave if they wished once they regained their memories.

Dunno if he did or not, but I imagine he made quite a good show and thus proved to most people at least that sumo wrestling was a respectable sport.

He participated in SF4 for pretty much the same reasons as above. 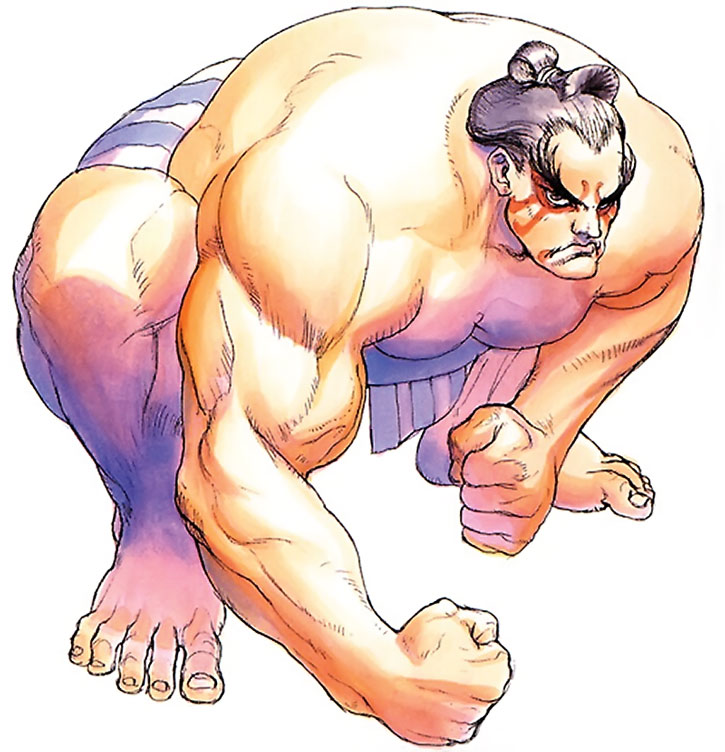 He’s still a sumo wrestler, as always, and training his students, of course.

Honda, like most sumo wrestlers, is a very large hulking Japanese man. Sumo wrestlers are capable athletes that are not mere tubs of lard, but a well balanced mix of muscle and mass.

Unlike most sumo wresters he forgoes wearing the loin cloth. Instead, Honda wears a much larger cloth and paints his face to resemble the red rising sun of Japan. Other than that his hair is worn in the traditional sumo style.

Honda’s an all around good guy who gets along great with others. He enjoys relaxing in a hot bath after bouts. 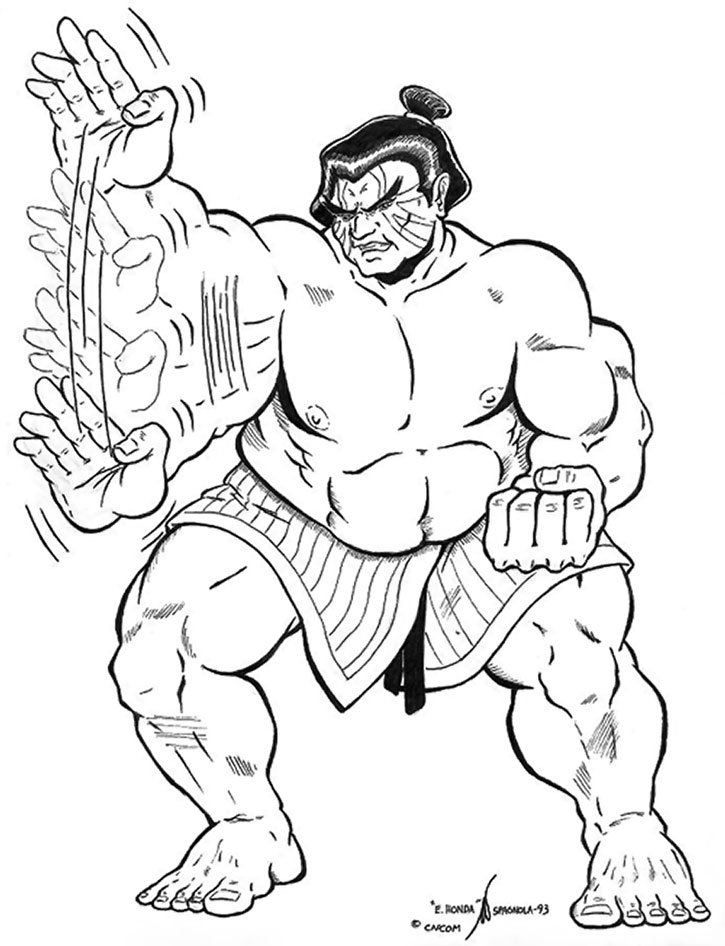 He desperately wants to prove to the rest of the world that sumo wrestling is a serious respectable sport. Honda won’t stop training or fighting worthy opponents until he proves his point.

“In the world, sumo should be perceived as magnificent.”

“Hahhahha, a bath is exceptional after bouts. Let’s quickly apply the conclusion !”

“The closest people don’t grow to change. This is to be undoubtedly never from sumo wrestling’s distinguished magnificence. Thus the matter is for everyone to understand that it is to be my own occupation.”

“Such is my matter… I really want to have everyone’s feelings understood ! In the event that the world accepted the approval of sumo’s magnificence, I will promise to once again come back to this town.”

Drawbacks:
SIA (proving that sumo wrestling is a respectable sport).

Surprisingly Honda got toned down a bit for the Capcom versus SNK fantasy match. Reduce Jumping to 02 for that noncannon appearance. 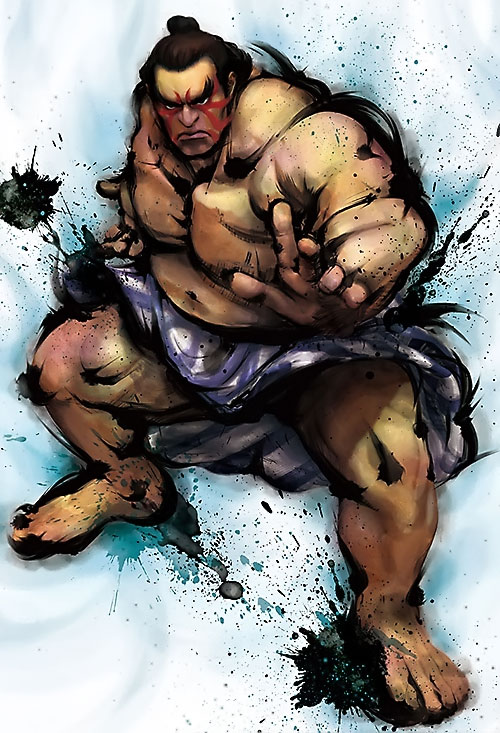