Lavell is more muscular and physically trained than his predecessor.

He also wears an updated Eel costume. The layer closer to his skin is insulated. One of the next is a superconducting fabric, and the outermost one is near-frictionless.

The superconducting layer can be used to surround himself in an electrical field. Being direct current, it will also lock its victim’s muscles in place (in DC Heroes RPG terms, Paralysis).It also allows Lavell to shoot bolts of electricity (Lightning).

The most sophisticated feature of the suit is its ability to generate an invisible electrical field around him at all times. The field detects any organism of significant size and electrical activity in his vicinity.

Edward Lavell, the second Eel, either acquired or duplicated an improved Eel costume.

He ran afoul of Power Man and Iron Fist when attempting to rescue Maggia don Hammerhead from police custody.

He also was hired by Nightshade to rob a society event. The Eel ended up fighting Iron Fist and both Discus and Stiletto, two very minor criminals Nightshade was forcing to work for her.

Much later, he also joined a Serpent Squad.

Eel II, like Eel I, has “hireling” written all over him. If you want to add a warm body to any villain group, past or present, he’s almost certain to be just fine.

Equipment:
COSTUME [BODY 06, Flash: 0, Grappling Immunity: 08, Life sense: 04, Lightning: 09, Lightning immunity: 08, Paralysis: 09, Bonuses : Lightning and Paralysis can be used as a single Dice Action, but only if so they have No Range (+0) ; Limitation : Flash is actually a bioluminescence emanating from the suit for about 10 meters, with no combat effects]. 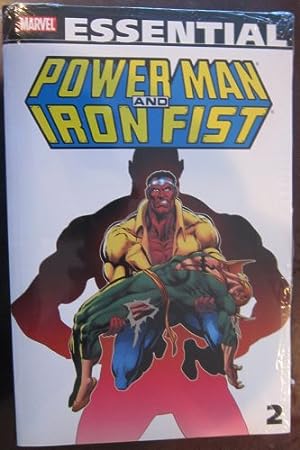 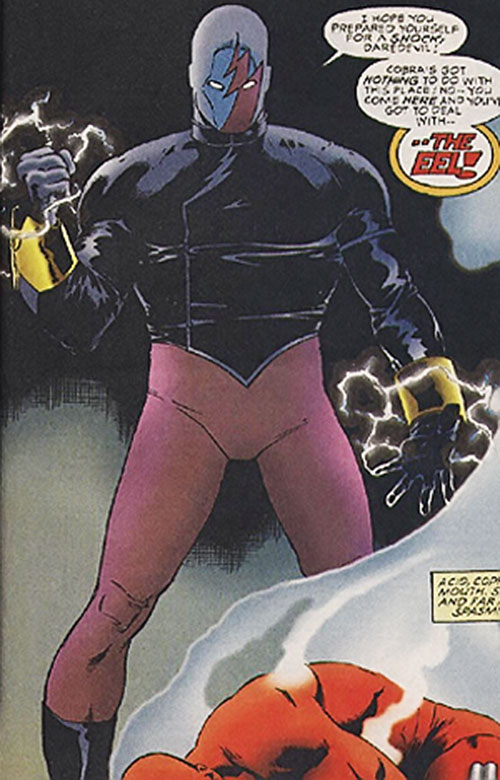