An otherwise average US Army lieutenant, Anderson is intelligent, equitable and courageous.

She gained some sort of precognitive powers after she was plunged into the Vortex phenomenon, but too little was seen of them to model them.

Lt. Anderson was working as a PR officer in one of the most secret, secure military base in the United States. It was the one built over and within the alien installations near Cinnibar, Nevada. Her family was living in town.

Anderson survived the terrible attack of the alien Seekers. They were looking for the alien scientist buried deep in the Vortex phenomenon. Although most of the military on the base was slaughtered, Anderson was part of the team that witnessed the Vortex-trapped scientist, who in a sense had become the Vortex, kill the Seekers.

Sucked into the Vortex, she tried to avenge her fellow soldiers by clubbing a Seeker with another Seeker’s weapon. This allowing the Vortex to finish it off. Anderson had most survivors evacuate the base just in time, and freed the inmates in the base’s Block 13. This act of courage should have killed her as she remained behind to coordinate, but the Vortex saved her.

The alien Vortex therefore chose her as his representative with humanity over slimy Congressman DeMarco.

Anderson was caught in a storm of intrigue between the Army, the President’s men and some powerful politicians. Meanwhile the Vortex didn’t tell her much. Still, she trusted him and helped him as best as she could, thinking that was the only way to save Earth from the alien armada the Seekers had been scouting for.

Months later, superhuman leader Grace brought the demented Titan to Cinnibar Flats. She hoped that the Vortex was powerful enough to kill him. Anderson was present as Grace negotiated with the Vortex. But despite Titan pounding on the force field outside of the Vortex’s lab, causing serious collateral damage, the alien scientist refused to intervene.

Trying to stop the rampaging Titan, the Army futilely opened fire on the madman. He savagely slaughtered numerous soldiers in retaliation. Fearing that her husband was among the casualties, Lt. Anderson ran out of the protective force field. She was almost immediately killed by an exploding tank.

While this death did not matter to Titan, seeing his human contact die made the alien Vortex furious, with major consequences.

A serious military woman (she often calls herself “soldier” when thinking), proud of her uniform. A good mother of two and loving wife. And according to the Vortex and many others someone with great courage, compassion and intelligence.

Anderson had a low tolerance for politicking, intrigue and posturing. While a disciplined soldier, she did not hesitate for long before starting to give sharp, ironic answers to the military and political brass that was asking stupid or completely irrelevant questions.

Notes:
Charisma is for campaigns w/rules about Unskilled Character Interaction. 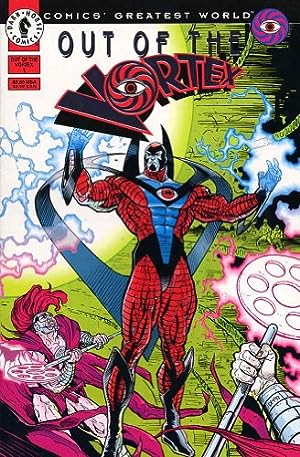 Out of the Vortex comics 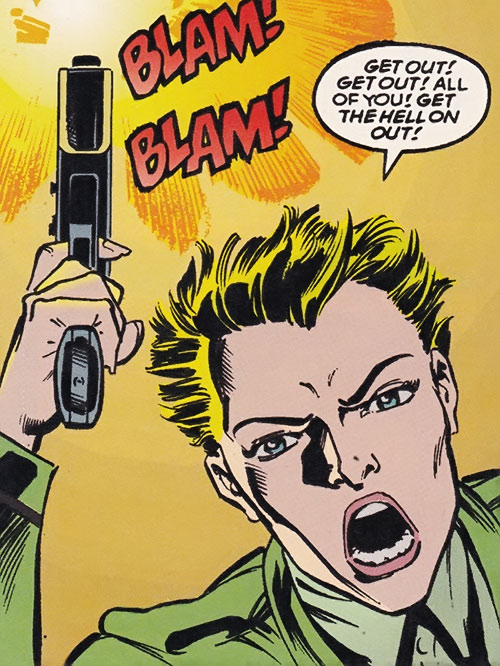