*This* El Diablo is a baddie in the 1980s post-apoc novels series Endworld.

For context about the series’ setting, it is best to first read the The Family organisation profile.

El Diablo is a large man skilled with firearms and bullwhips.

His main strengths are his strong presence, his interrogation abilities and his organizational skills.

The story of Celestino Naranjo is a sad one.

He was born in the old Mexican village of Jalapa. He was told about the state of California from his grandfather, who referred to it as “the land of promise and wealth”.

Naranjo thus took his beloved wife Maria Santiago to California. But only two days after their arrival a gang drove up to Celestino and Maria on the beach, in dune buggies, and began taunting them. An argument started and soon Celestino was beaten unconscious. Maria was raped and fatally wounded by the gang. Celestino watched Maria die in a hospital.

A hateful and broken Naranjo returned to his home village. He wanted to kill all Californians in vengeance for the death of his dear Maria. He started a gang of murderers and rapists called the Devils. He renamed himself into El Diablo.

The Devils raided southern California for two decades. They killed everyone they met in the most gruesome ways. They then stole most everything, especially vehicles. Upon reaching their home base, designed in a valley near Jalapa, captured vehicles were rebuilt into huge dune buggies.

During this span El Diablo also acquired a huge, white dog with one eye named Poncho. The dog faithfully worked with him for about 9 years.

However, California was a member of a powerful alliance of the post-apocalyptic world. They petitioned for an intervention by the Alliance’s special unit, the Freedom Force. The Force consisted of seven members, one from each alliance faction. At that point that meant:

Eat the dust of Baja California

The Force was sent to locate the Devil’s hideout so that an air strike could be called in to destroy them. The mission was proposed by Californian General Gallagher. Gallagher was supposed to oversee the Force during this op. But he deemed it unnecessary and wanted it shut down permanently. Therefore, he arranged for the mission to be a disaster.

Arriving in Baja California, the Force members began their tracking and scouting work. Finding a vehicular track, Jaguarundi was sent away as a quick scout. He was, however, captured first by some farmers, and then later by the Devils themselves. Blade saw no choice except to attempt a rescue of Jaguarundi.

The Force therefore went into the valley. They had a stroke of luck – the guard watching it was temporarily gone. The usual watchers on top of the valley, the Cocopas Indians, had, however seen the Force and eventually reported about their presence to El Diablo.

After several hard fights the Force, aided by a rebel farmer, found the local headquarters. Meanwhile, Jaguarundi had been whipped by El Diablo and was now fighting for his life in an arena against a master combatant named Machetazo. The sentinels at the Devils’ headquarters were all watching the combat.

The Force assessed the defenses, two heavy machinegun nests on both sides of the entrance. If the guards hadn’t been occupied by watching the match it would have been completely impossible to enter or even survive the situation. The Force spread out and planned ambushing them all unnoticed.

They actually had tremendous amounts of luck during this mission. Jaguarundi, who’d been thinking about an escape plan, managed to trick them all and tumbled over the walls of the arena when nobody was expecting that. Everyone then started to chase him down, which left the Force totally free to do what they wanted in the base.

Despite the fine defensive structures that El Diablo had set up for the gang, it didn’t work since there were no guards active. The Force thus attacked the crowds with surprise (and grenades) on their side.

Eye of the dog

With everything breaking bad, El Diablo tried to escape behind a smoke screen. Within the smoke, Jaguarundi fought Poncho and took out the dog’s remaining eye.

Seeing his dog mutilated, El Diablo turned back to kill Jaguarundi. However, this exposed him to M16 fire from Captain Havoc. El Diablo nevertheless managed to shoot Jaguarundi in the thigh, but Havoc finished him with a knife in the neck.

Having set explosives in the caves and other buildings the Force rushed away from the area. Soon the Devils were no more.

El Diablo is an imposing figure of man dressed all in black.

He has a wild mane and bushy beard of black hair framing a craggy face tanned by constant exposure to the sun. He also has clear blue eyes, immense hands and a thick waist. His voice is deep and booming.

El Diablo is inhumanly evil. He only lives for killing and humiliating gringos, specifically Californians, in vengeance for the killing of his beloved Maria Santiago. Having performed ’vengeance‘ for the past two decades he’s still sensitive about his own past.

In every raid the Devils perform they attempt to kill anyone they find men, women and children alike. As a sign of contempt, El Diablo himself impales the cut-off breasts of women on stakes placed among the dead.

The Devils always use hit and run tactics. He believes himself to be feared and respected, and a great tactician and leader. When his followers haven’t followed his orders perfectly he kills them to set an example and as a punishment.

He will not listen to disrespectful talk about him, his mother or Maria. He tries to deny the fact that Maria would probably hate him for what he’s done in her name. He also denies his true name, Celestino Naranjo, and hides behind the name of El Diablo.

He has a very hard time understanding that he’s not justified in killing all Californians and that his vengeance should’ve been done with a long time ago already.

His men are all expendable, since new thugs can always be recruited. The most important thing to him is his dog, Poncho. He seems to love his killer dog and will torture anyone offending it.

El Diablo also seeks approval of his own greatness from strangers. Thus he will question them about his magnificent defense systems, his training of his men etc. etc. Thus it is possible for a captured enemy to buy himself time by getting El Diablo to speak about his organization. Of course, El Diablo also likes to gloat and will taunt opponents.

Surprisingly, El Diablo will attempt to flee if he realizes that the Devils have been overpowered.

“What do I care ? Gringos are gringos. I hate them all.”

“To me, California is one big store. I take whatever I need when I need it. Clothes, fuel, weapons, you name it.”

Henchmen: The Devils of Baja

Drawbacks:
MPR (Poncho only has one eye).

Source of Character: The Blade Series by David Robbins, a continuation/spin-off of the Endworlds series. Specifically, Devil Strike. 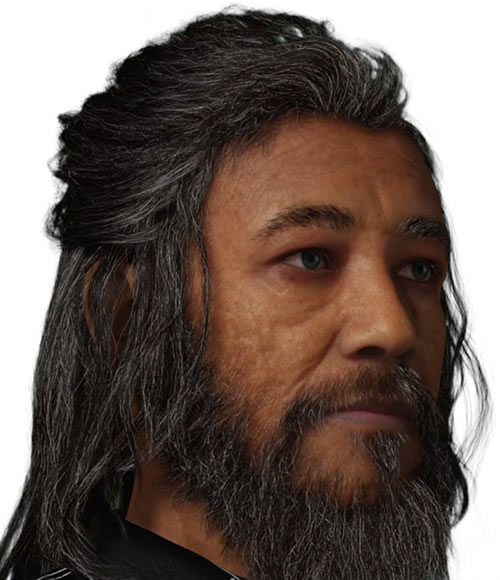 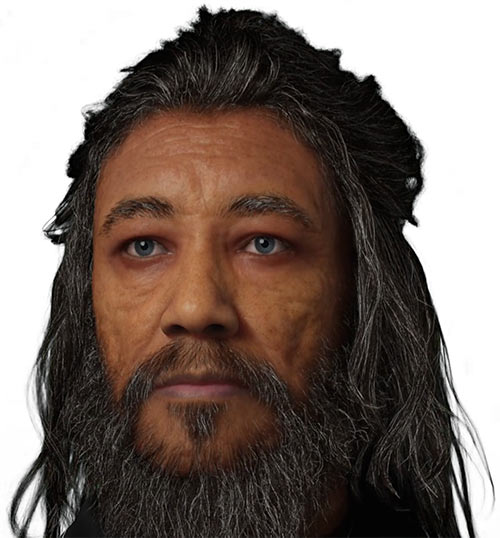