Elastigirl has a stretchable body that can extend for great distances, can soak up a good deal of damage and can use her stretchable form to make prodigious leaps.

She is also highly agile and obviously has a good deal of experience in hand to hand combat and in using her powers to their best effect.

Elastigirl was one of her world’s best-known super-heroes (“supers”, as they are called popularly), until a mishap while preventing a potential suicide led to a lawsuit against Mr. Incredible for damages.

This triggered not only an avalanche of personal-injury lawsuits against Mr. Incredible personally, but a public backlash of opinion against supers in general.

Most of them were forced to go underground to keep from being sued to death.

Elastigirl had just married Mr. Incredible at this point, so they retired and became simple Mr. and Mrs. Parr, and started raising a family.

Bob Parr is an insurance claims specialist with a midlife crisis and a desire to go back to the “old days”. He’s fed up with his pushy boss and his immoral profession.

He and his best buddy Lucius Best (aka Frozone), spend Wednesday nights cruising the city in a car, listening to the police scanner, and saving people on the sly.

Helen is trying hard to be a mom to 3 kids, 2 of whom have superpowers of their own and fight constantly. She has worked too hard to build a normal life for her family to abide his nostalgia for heroism. 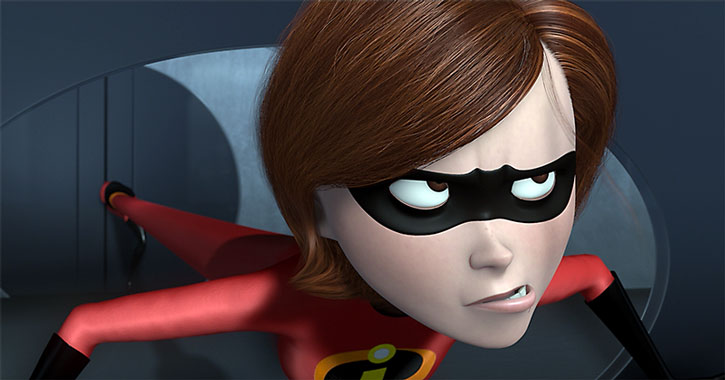 Elastigirl is a curvaceous woman in her late 30s, and is in fantastic shape for a woman who’s had 3 kids. She has short, red-brown hair and brown eyes. She wears a variant of the Mr Incredible uniform with thigh-high boots with high heels.

She is voiced by Holly Hunter.

Elastigirl is the stability of her family. Her primary concern will always be to keep them safe. Of course, since she’s a super, her notion of “safe” is a bit different than a normal mom’s. She is a paragon of the “responsibility” motivation, but her first responsibility is to her family.

When she believed that keeping Violet and Dash under wraps was what was necessary, she did her best to make them keep a low profile, to the extent of discouraging them from using their powers at all. When it became obvious they needed their powers to survive, she did everything she could to push them that direction, even countermanding long-standing family “rules”.

Now that they are once again adventuring, Elastigirl will make it her main priority to make sure her children use their powers wisely.

The “Public backlash against supers” motif belongs more in a Marvel setting than DC. However the overall feel of the book is more Silver Age than modern, so placing them in the Post-WWII era is probably the right thing to do.

In this case, Mr Incredible and Elastigirl were supers during the final years of the McCarthy trials, and were the first to re-emerge in the new Heroic Age as the Incredibles.

(Holding the kids apart with her stretchy arms) “BOB, It’s time to ENGAGE ! I need you to… INTERVENE !”

(To the kids) “Remember the bad guys on the shows you used to watch on Saturday mornings ? Well, these guys aren’t like those guys. They won’t exercise restraint because you are children. They will kill you if they get the chance. Do not give them that chance.”

Drawbacks:
Dark Secret (Past Super Activities), Family (The Kids), Secret Identity, Loss Vulnerability (Special : If Elastigirl’s Stretching is Neutralized, her Dex drops to 5, along with any linked Skills).

Elastigirl’s abilities seem to have remained quite stable, unlike her husband’s. Pretty much immediately on resuming her costumed career, she was pulling stunts as impressive, or more so, than before her retirement.

At the start of the movie, Elastigirl has “banked”around 100 HP for emergencies, but that after she’s “settled in” to the hero life again, she’s at the lower total shown above.

Upped Stretching based on info from the DVD/Incredibles Essential Guide. 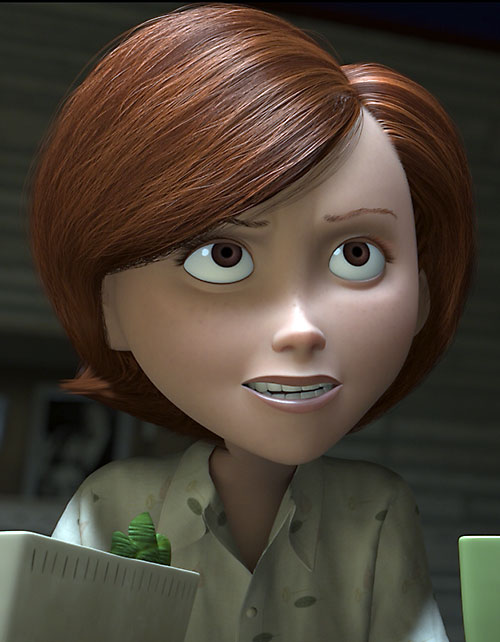 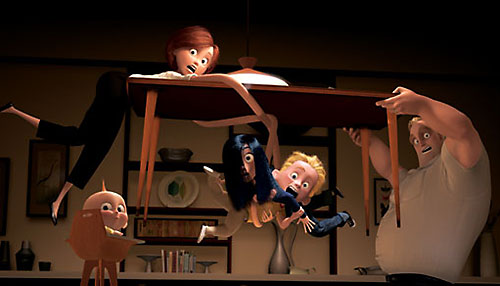 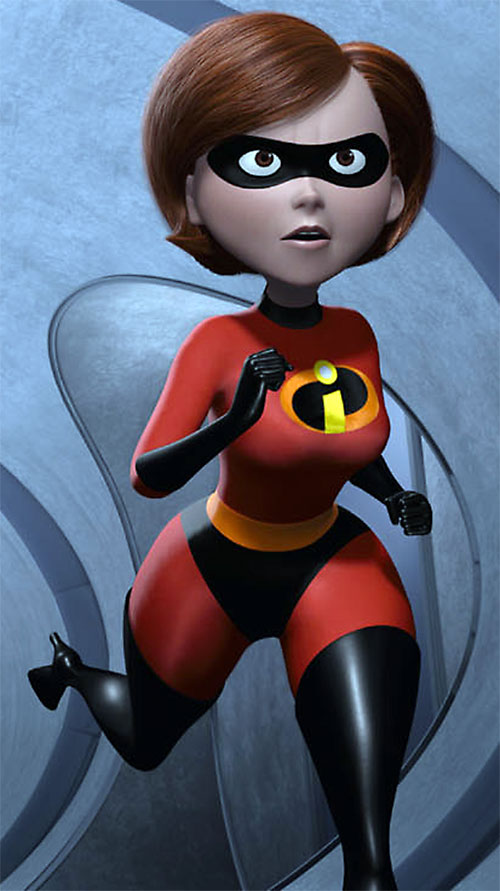 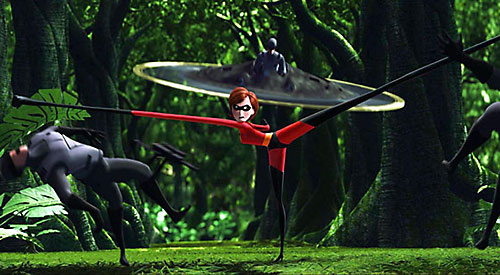 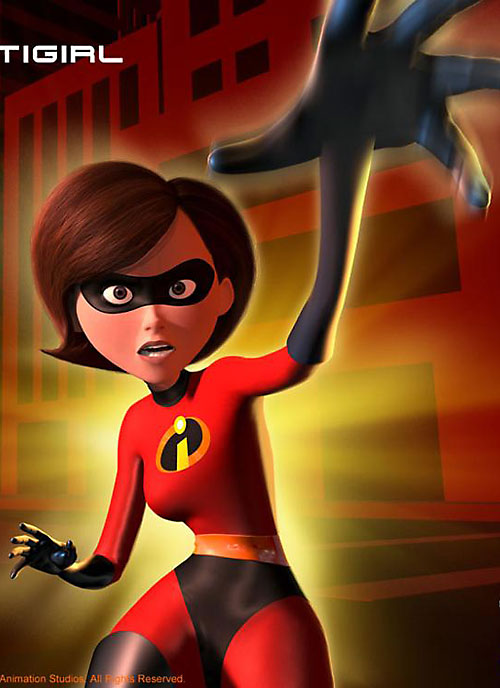 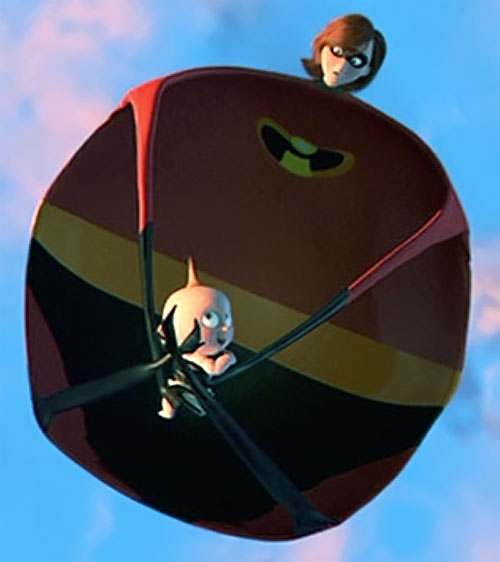 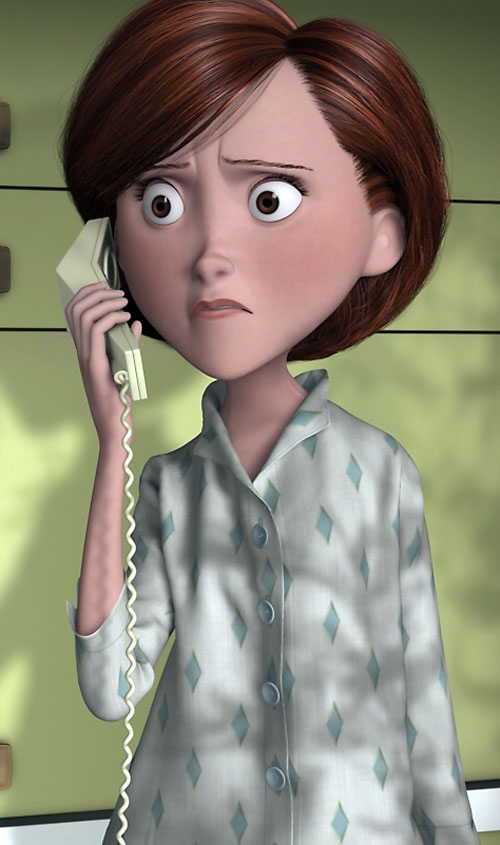 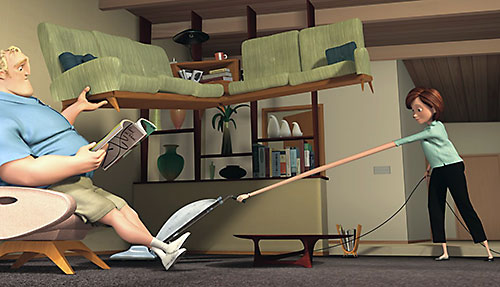 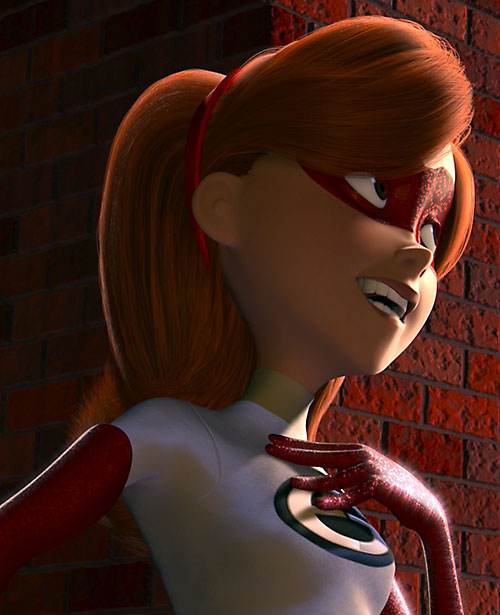 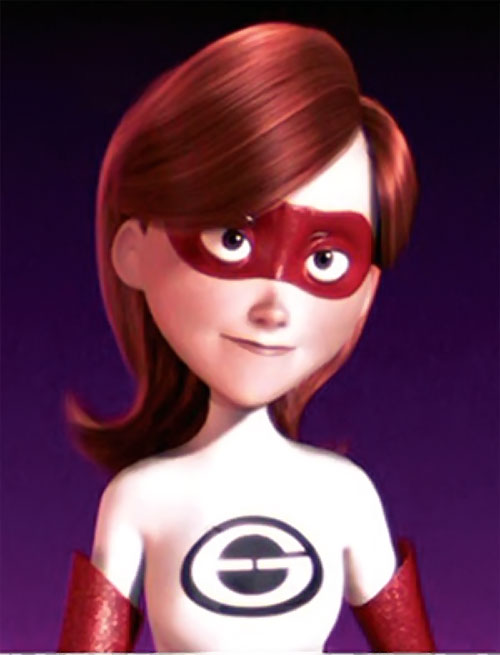